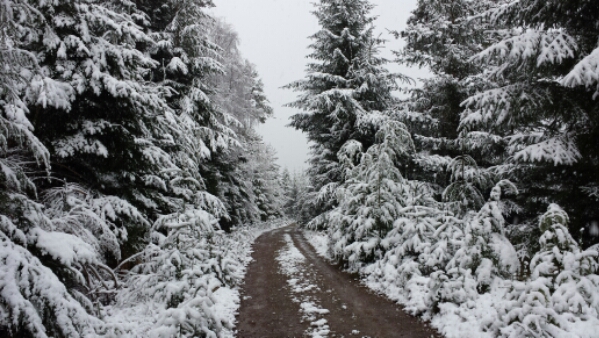 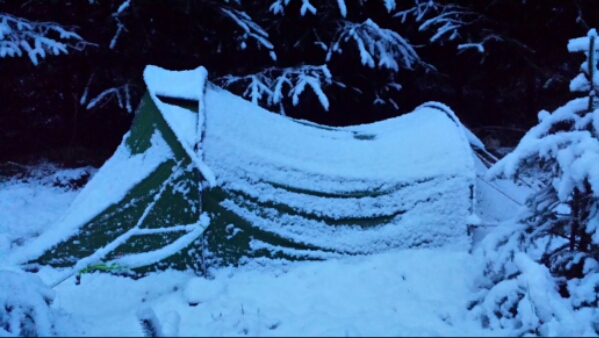 Went back to sleep afterwards though. After yesterday’s strenuous day we had a lie in and got up an hour later at 6.30.
It started to snow again as we took the tent down so we got everything packed in record time! 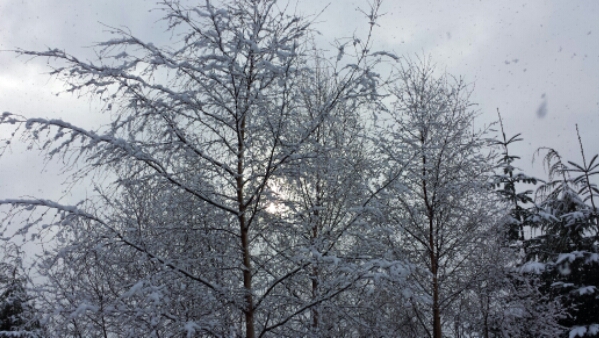 What a change to the landscape – very wintery but so pretty. We followed the path down through woodland for about a mile then through farmland and eventually onto a country lane at Grotaig. 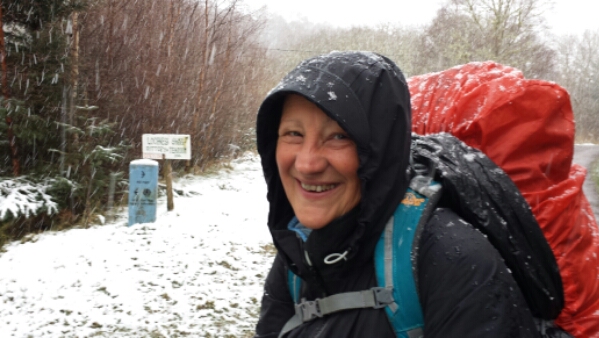 By this time it was snowing quite heavily again so we put our heads down and kept trudging along the lane, climbing all the time. 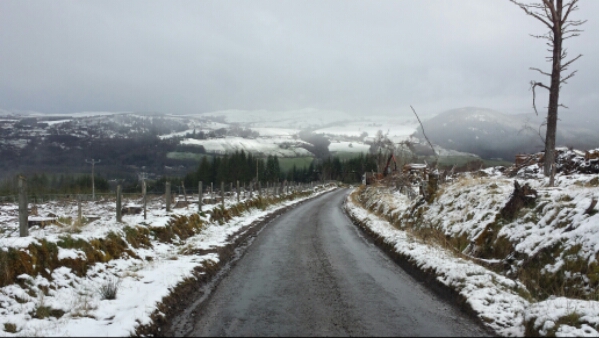 Every now and again the snow stopped and the sun came out only to disappear behind the clouds again. 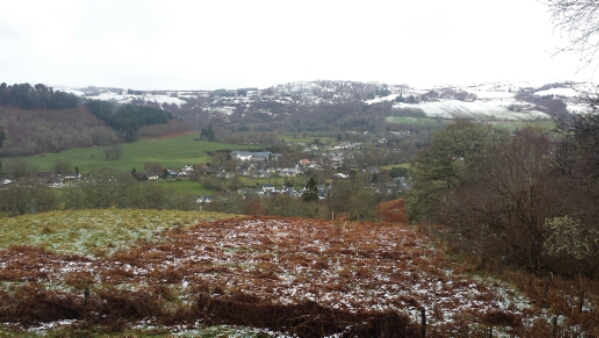 We began to descend towards Drumnadrochit and the path took us to the left and down through woodland. 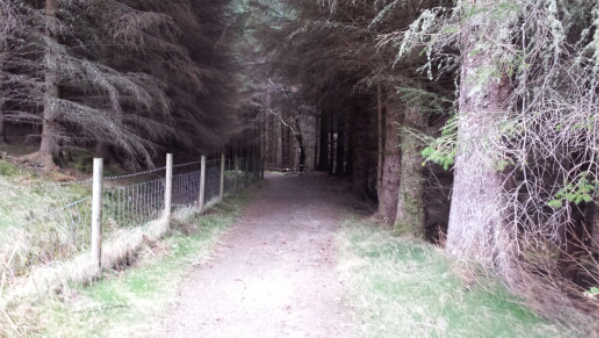 We could see the town as the path snaked down towards a small lane. 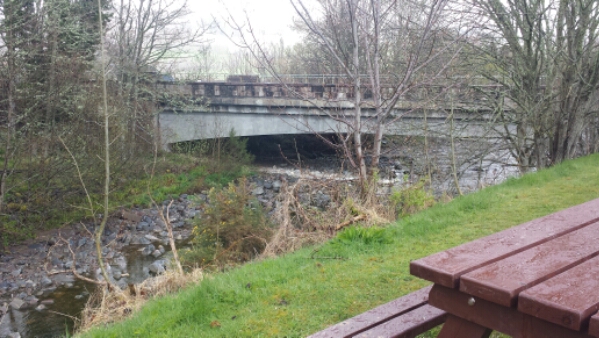 The lane followed the river for just under a mile then we were able to cross the river and walk up to our place of rest for the night. Janet had contacted us some time ago to offer us a room for the night when we got to Drumnadrochit. We had a lovely welcome and it wasn’t long before we had settled in. Janet had also arranged for us to go for a meal at the Clansman Hotel which overlooks Loch Ness. Jim came to pick us up at 4.30 in the courtesy car and drove us to the hotel – the weather was atrocious, wind and sleety rain. He dropped us off at the door and we arranged for him to pick us up again around 8.30. We popped into the shop to get some Nessie postcards for our four lovely grandchilren – will post them tomorrow. Debbie welcomed us as we walked into the bar. We bought ourselves a drink and sat by the window overlooking the loch. 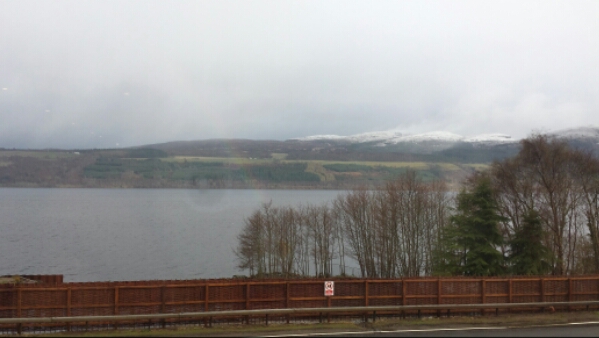 The loch looked very grey and choppy but over the next few hours it changed mood several times. I went and ordered our meal at the bar and got my card out to pay when we were told that Janet had arranged to pay for our meal – how lovely is that? 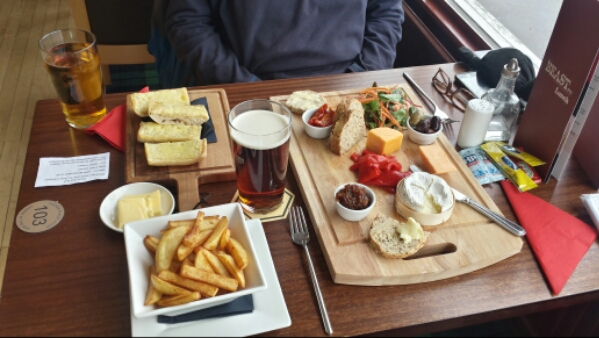 We had a great evening and enjoyed our meal – a delicious Mediterranean sharing platter with chips and cheesy garlic bread. Jim came to pick us up later on – he was a little early so we sat chatting for a while. 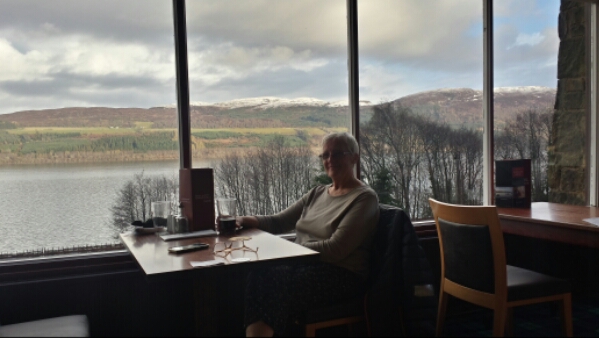 We got back to Janet’s around 9ish and we sat with her drinking coffee and chatting about this and that until our eyelids grew heavy and it was time for sleep. Such a relaxing time – thanks Janet.