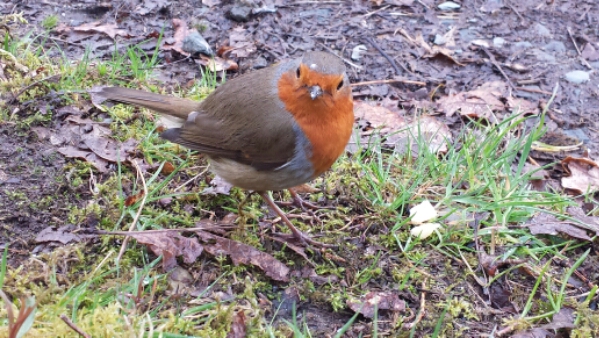 thanks to you both for a lovely evening and thanks for sharing your home with us. We left around 8.30am and, after a small amount of road walking we turned off onto a small lane then left along a forestry track which would lead us back onto the West Highland Way. We met Ian again and walked a while with him. 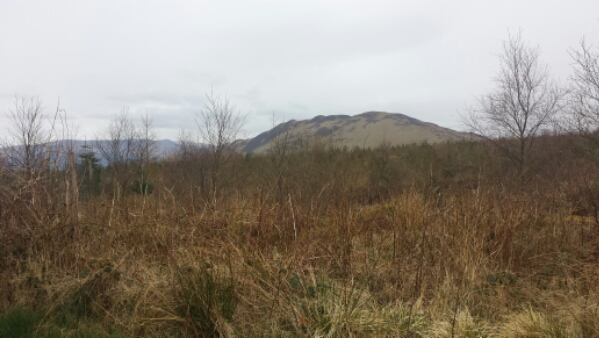 We could see Conic Hill ahead of us with the promise of views across Loch Lomond to encourage us. The track narrowed to a footpath which continued to ascend slowly then descended down to a small valley before a steep climb back up again. 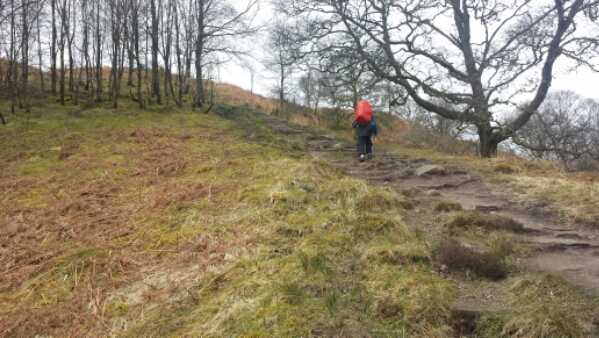 Fairly strenuous but we managed it OK. We were rewarded with a fine view of the Loch and glimpses of snow capped mountains in the distance through the low clouds. 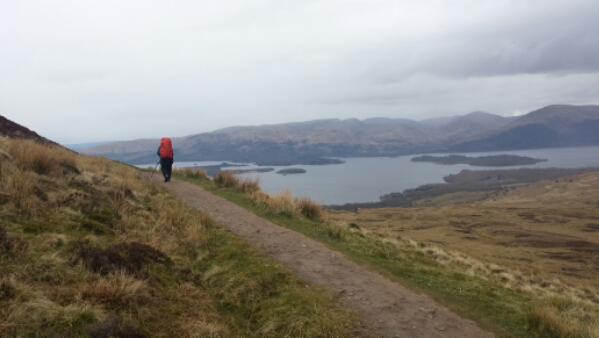 The way down was tricky – quite steep in places, so we took our time. 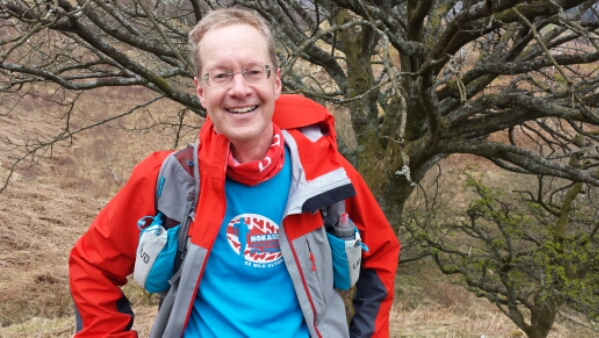 We met David Ruthven who was running up the hill in training for the Hoka Highland Fling. He was interested to hear that, several days ago, we had met some other runners training for the same event. We also talked about our walk and he took our photo. Good luck on the 30th David. 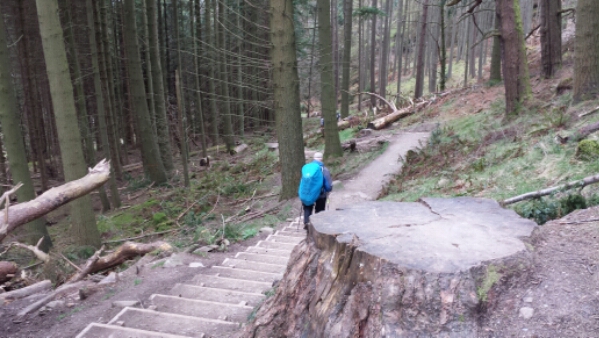 We continued our descent down until we came to a gateway which led downhill along a forest path until we came to the car park at Balmaha. We stopped for a break and bought a few bits from a small shop before continuing along the road.
The footpath followed the road for a few miles crossing from one side to the other at intervals. We decided to stay on the road for a while until we came close to where we were to camp for the night. 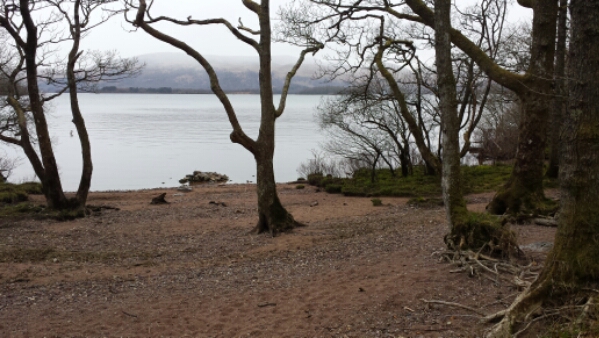 We left the road as the path took us along the edge of the loch again. The path started climbing steeply again – well worth the effort for the view at the top and the gentle descent down to the shores of the loch once more. 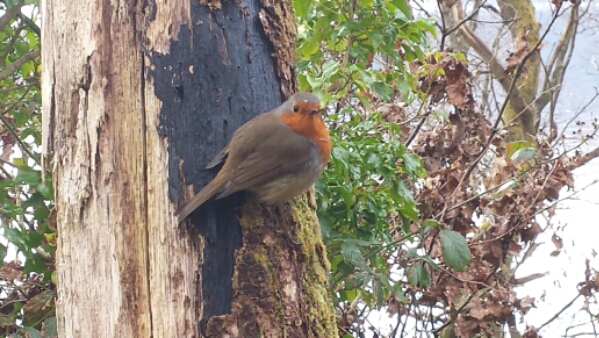 We made friends with a robin which was very tame and came very close as we dropped a few scraps of cheese on the ground. 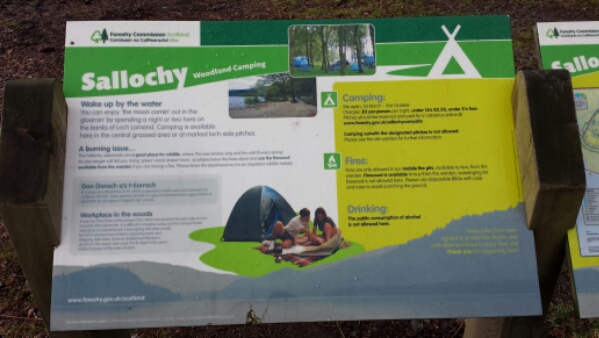 Before long we arrived at the Sollachy Campsite where we met the park rangers Helen and Arthur who made us very welcome and booked us into the campsite. 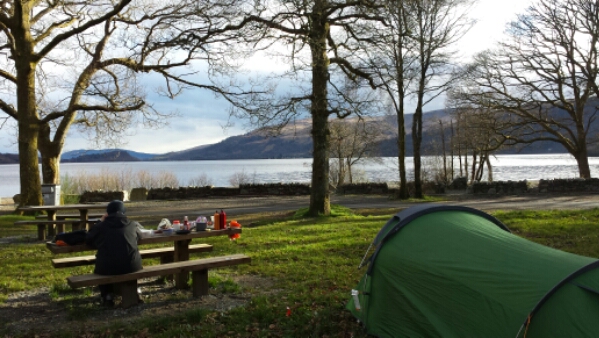 A beautiful location right by the side of Loch Lomond including the luxury of a picnic table and bench. Just as we arrived, the sun came out at last! The tent was soon up and Dave made supper while I wrote this blog. Got chatting to Jonathan who has been camping here for a week with his family – Heather and two children Annabell and Caleb. Jonathan told us that they hadn’t seen the sun all week until this evening!

Despite the sun it was getting quite chilly so we decided that the tent would be more cosy which it was. Dave brewed a cuppa and we looked out over the loch – the view was beautiful. 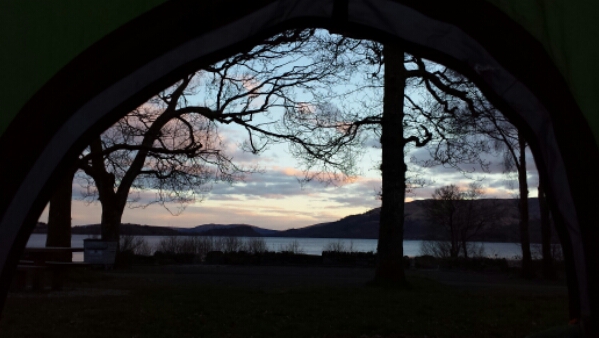