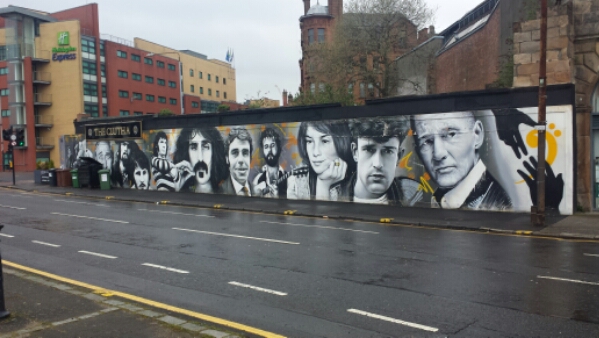 We popped round to see Elaine and stayed for a coffee before saying our goodbyes. It was raining steadily when we left and it continued on and off all day. 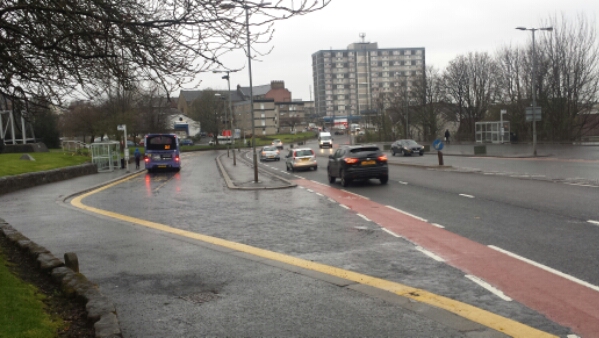 It was road walking for the first couple of miles then we made our way through a park intending to take the footbridge across the Clyde and back onto the Clyde Walkway. 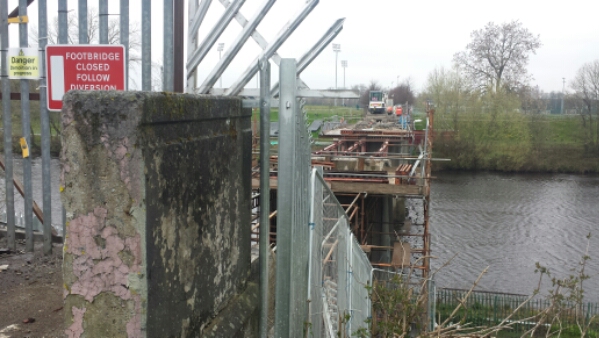 Unfortunately, work was being carried out and the footbridge was closed. We followed the signs that took us along the side of the river and past some allotments. 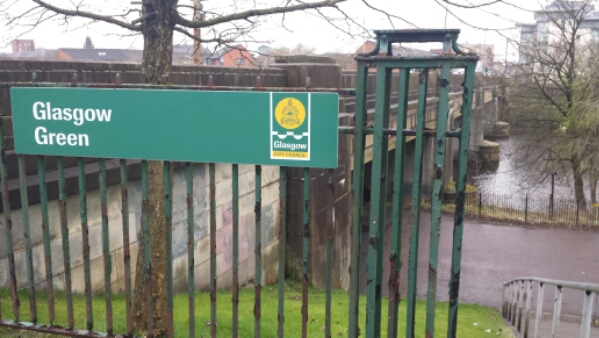 We crossed over the river a little further on and rejoined the walkway at Glasgow Green where we wandered along parkland paths. We came to one that led uphill to a monument so we decided to investigate. So pleased that we did – amazing views all around. We saw Templetons Building 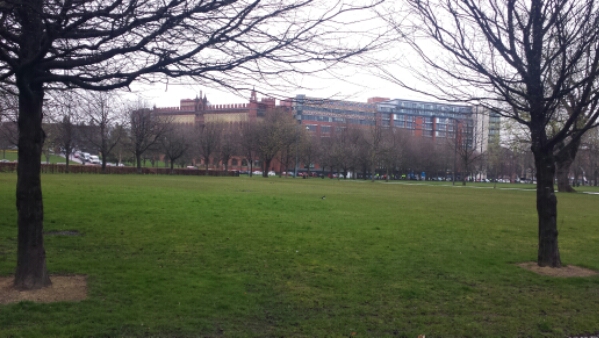 and the People’s Palace 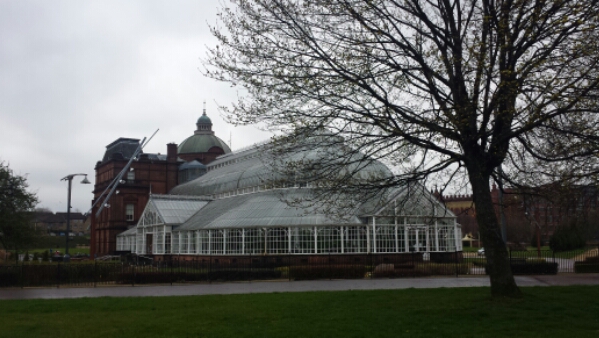 as well as the first civic monument in Britain to be raised in honour of Nelson’s victories. 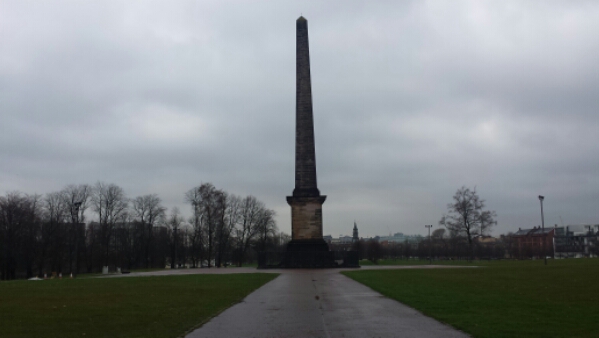 We left the park and continued along the walkway, past bridges of all shapes and styles, 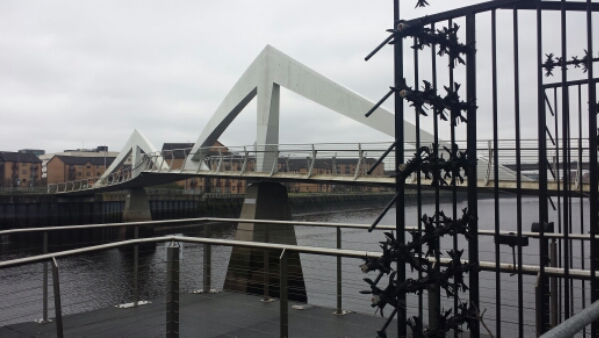 an interesting mural and the Metropolitan Catholic Cathedral of Saint Andrew. 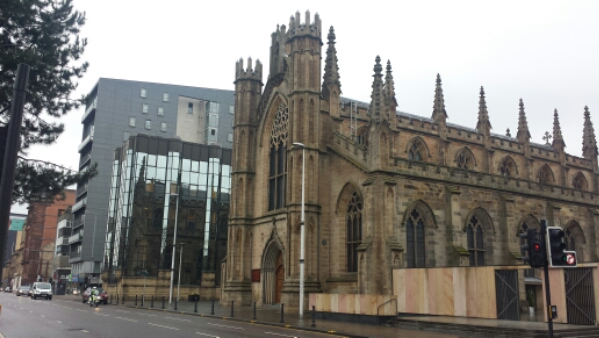 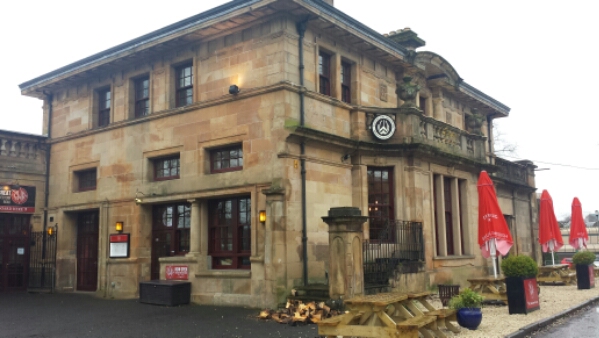 Very friendly with a relaxed atmosphere – our kind of retro music from the 60’s -pricey beer though!
We arrived at Gary and Jackie’s around 4.30 and were made very welcome. We are relaxing now while Gary cooks a curry for supper – yum!