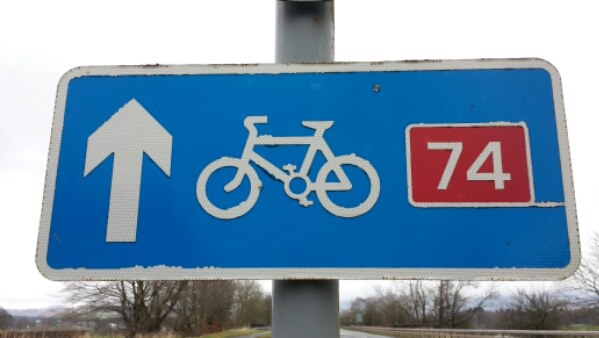 Saturday 2nd April 2016 – 782.92 miles
What a night! Very wet and windy but fortunately only a small amount of seepage in the tent.

By the time the alarm went off at 5.30 all was calm and the rain had stopped. We were up and away by 7. Our thanks to Debbie and Slip for giving us a space in their garden to shelter from the storm.
It being Saturday the road was quiet – even the motorway wasn’t busy. We walked just 6 miles today along cycle route 74. We were expecting very wet weather later as we walked towards Moffat and wanted to get the tent up before it got too wet. I was happy not to go too far anyway as my hip and knee were a bit painful so a slower pace and a 6 mile walk suited me. Am not too concerned because, knowing my usual history of aches and pains on this walk, it will have gone by tomorrow and there’ll probably be a pain somewhere else! 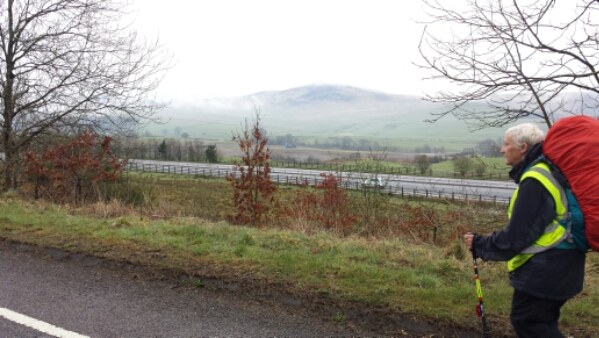 The hills were covered with mist and the views as we walked along were a treat.
We noticed that there was a campsite at Beattock (a mile or so before Moffat) so we decided to give it a try. We met Irene Little just outside the campsite – she told us that it had just been taken over and re-vamped. She gave us a donation and also told us that the buses to Moffat were every 2 hours – thanks Irene. We arrived at the Moffat Manor Country Park where we could have paid for a patch of grass for the night at a cost of £18! You won’t be surprised to hear that we decided to get the bus into Moffat where we knew that there was another campsite.
As we walked towards the bus stop I heard a large vehicle coming our way. I turned and it was a bus! The bus stop was still 50 metres away but I put my hand out and hoped for the best. Dave gallanty charged forwards to get to the bus stop – thanks Dave. The bus driver Richard had seen us and waited at the stop for us – thanks Richard. The doors to the luggage compartment slowly opened and we put our rucksacks in then stepped onto the bus. Only a few minutes later we were in Moffat. Phew! 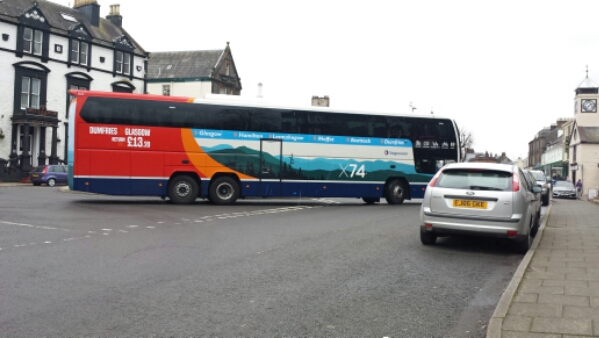 The campsite is only a few minutes walk from the town centre. Linda booked us in and Bob found us the dryest place to pitch so it wasn’t long before we were off for a walk around the town. 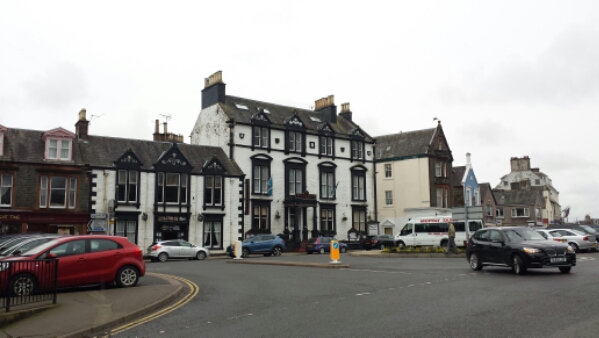 We mooched around for a while, bought some postcards for our grandchildren then went for a pint at the Star Hotel in Moffat which dates from the late 1700’s. 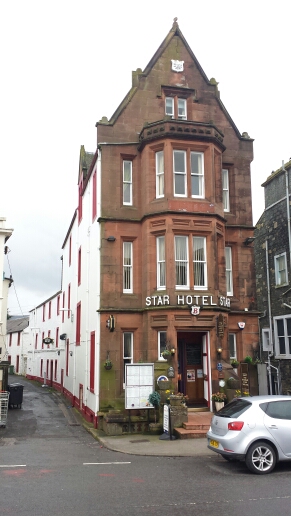 It is famous for being the world’s narrowest hotel (as mentioned in the Guinness Book of Records). It is only 20ft wide and 162ft long. As we sat in the bar the rain started and we knew that our tent was up and all was dry.
Around 4pm and we made our way back to our tent for a well earned rest and another gourmet meal cooked by Dave – stovies! 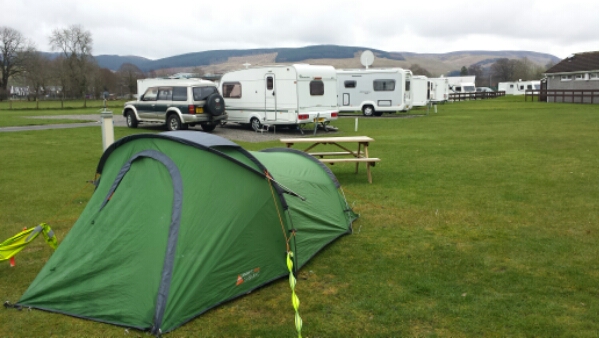 On our way back to the campsite we called in at Moffat Outdoors. 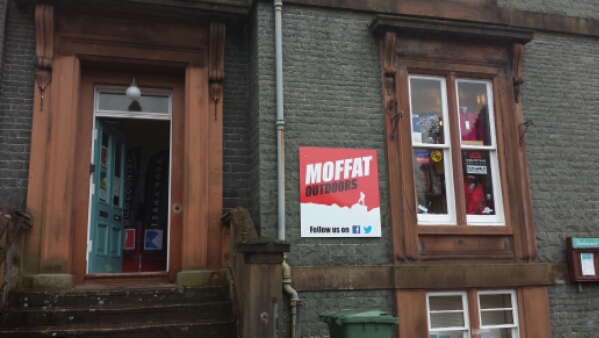 I bought myself a pair of Trekmates Gore-tex waterproof gloves reduced from £40 to £20! 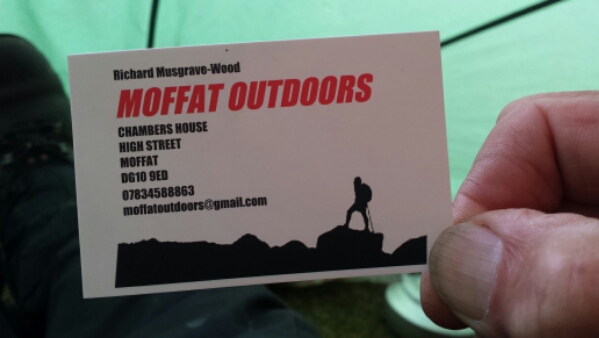 Richard was very generous in that he saw that we were walking for Macmillan and gave us a free gas bottle too – thanks Richard.