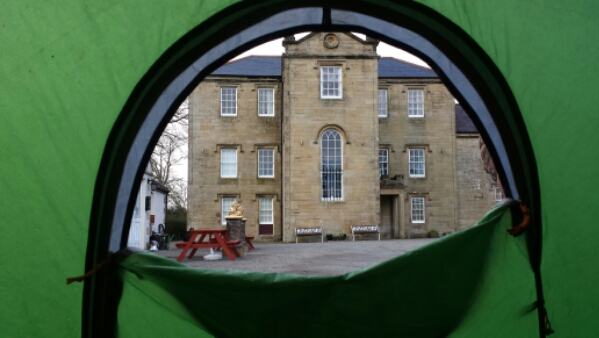 Wednesday 30th March 2016 – 751.87 miles
We decided to have a rest day today so we are camped in Bruce’s Cave Caravan Park at Kirkpatrick Fleming after walking just over 5 miles.

Our room at the Hunter’s Lodge Hotel in Gretna was great. Our thanks go to Linda for making us so welcome and finding out some information about the condition of the Clyde Walkway for us.
Our first destination was Gretna Green which was just a little further down the road from the hotel. 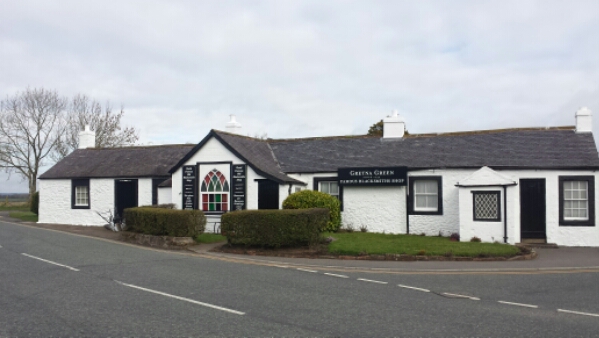 We found the Blacksmith’s Shop and stayed a while. We had our photographs taken by the “Lucky Archway”. 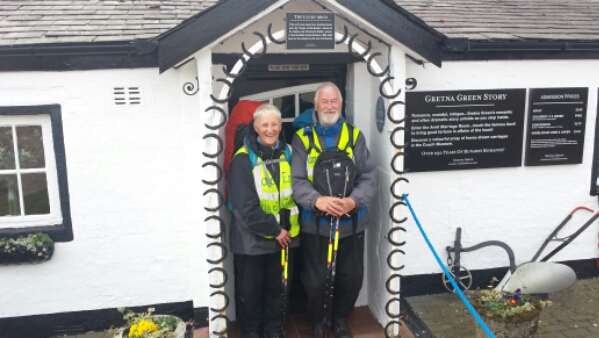 We met Steve there who was on his way home to England after spending Easter with his family near Glasgow – he also gave us a donation – thanks Steve. Anne and her husband Andrew were on duty and Anne took our photograph for the Blacksmith’s Shop Facebook page. 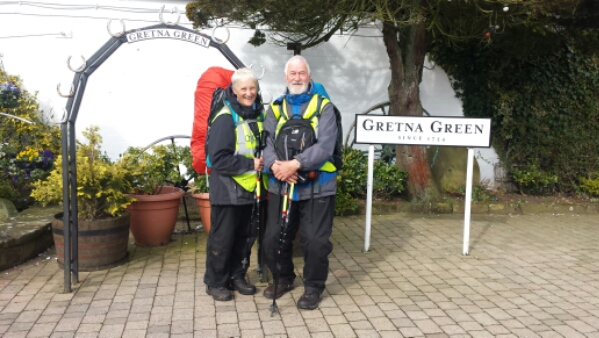 We walked along the B7076 which followed alongside the motorway – the M6 finishes at Gretna and changes it’s name to A74(M). The road was very straight – we have since found out that it is an old Roman road and very little traffic too. 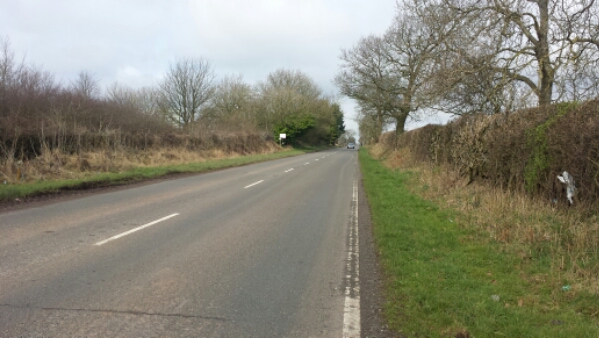 Although the BBC weatherman promised us wintery showers, we were lucky that it stayed dry for us all morning. 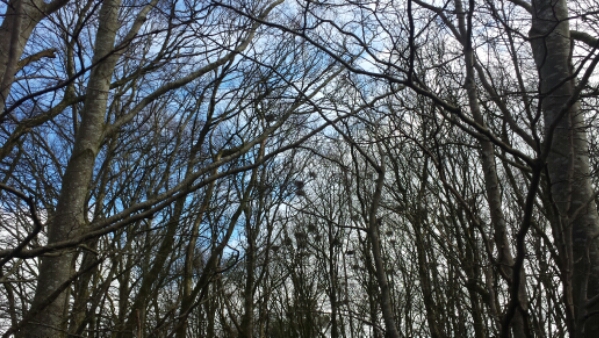 We stopped for a rest in a little copse of beech trees just off the road – pretty spot but the rooks weren’t happy – they made quite a racket circling around their rookery above our heads!
The road went under the motorway and we arrived at Kirkpatrick Fleming where we planned to camp for the night. The Bruce’s Cave Caravan Park was at the other end of the village – an easy walk. 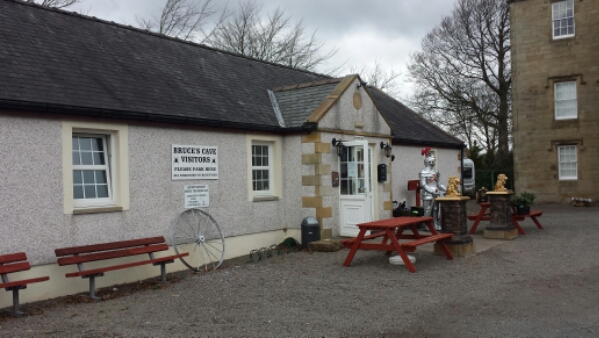 Lindsey welcomed us as we walked into the campsite reception. We have a great pitch close to the shop and all the facilities too. 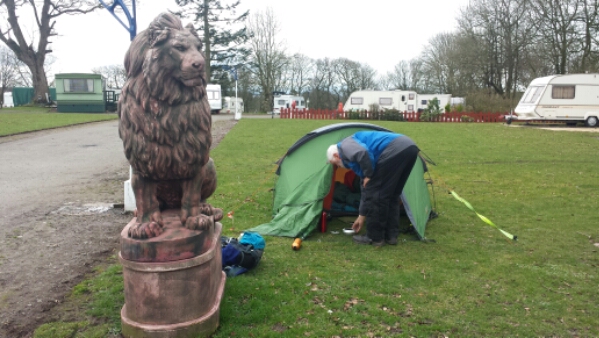 Such a lovely friendly campsite here. Very family oriented too. Mrs Ritchie gave us a cash donation – thank you.
The caravan site takes it’s name from the legendary cave where Robert the Bruce is said to have hidden for three months in the winter of 1306. I can remember the story I was taught at school about how Robert the Bruce watched a spider trying to make a web and failing but not giving up and how it inspired him to gather up his forces once more and ultimately gain a great victory at the Battle of Bannockburn despite his forces being outnumbered 10 to 1. 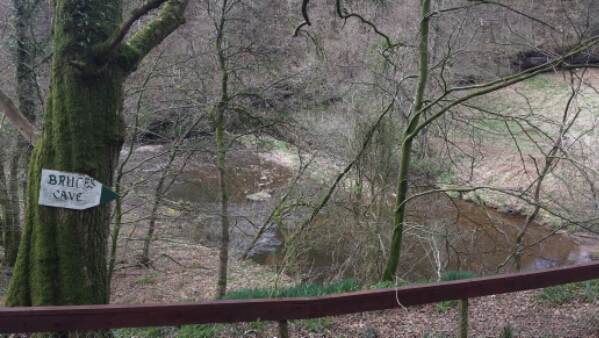 Dave and I walked down to take a look at the cave which can be reached by following a path down the hill and then onto a platform which leads to the cave. 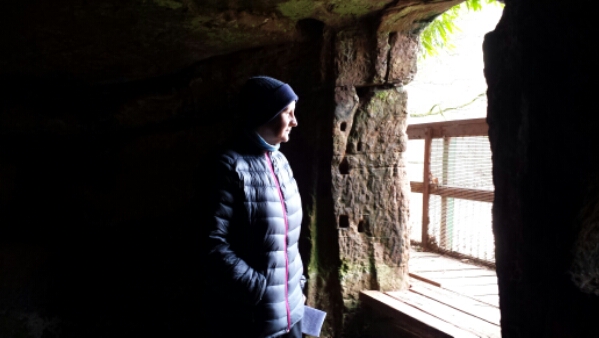 Easy access nowadays but in the 1300’s it would have been more difficult. 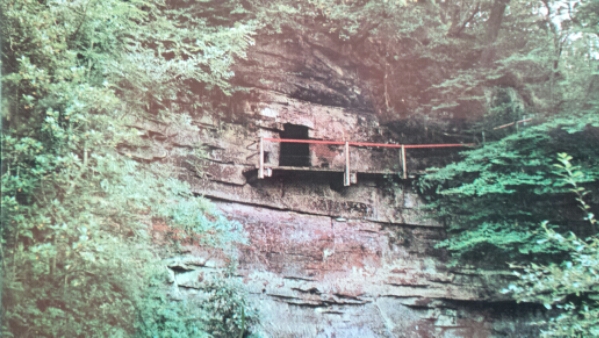 They would have lowered themselves over the cliff and down to the cave using ropes made of roots and creepers. 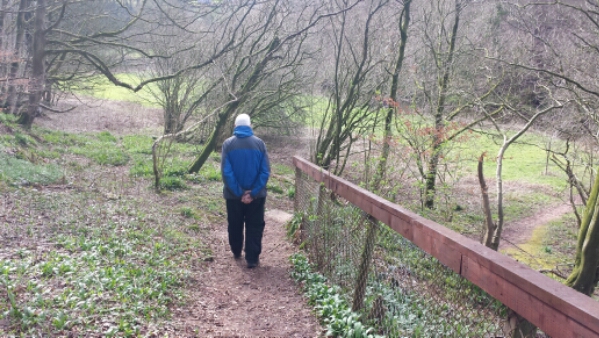 We walked on down to the river and followed it for a while before continuing along short footpath back up through the woods. 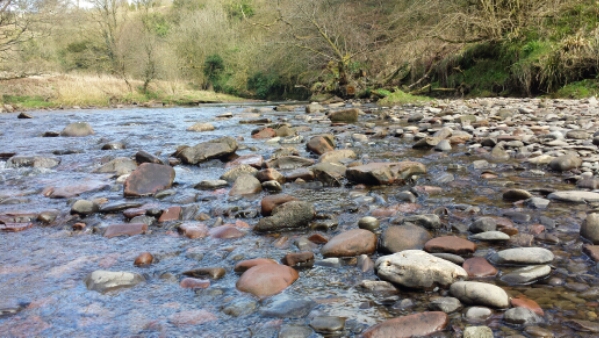 Very pretty woodland with the promise of bluebells and wild garlic to come. 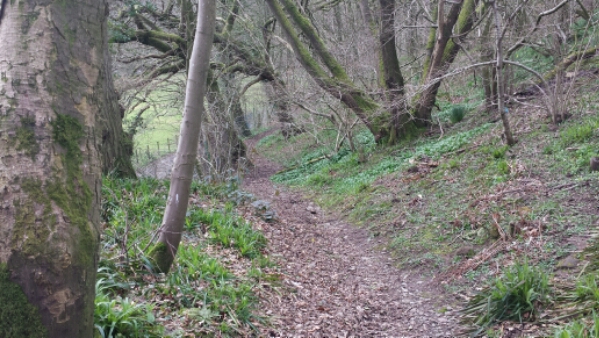 We popped into the shop to buy something for supper. The shop is good – well stocked with everything you would need from eggs and bacon to gas bottles and batteries. Kevin served us and we chatted about how nice we thought the campsite was. He told us that they have quite a lot of end-to-enders stay here on their journey both cyclists and walkers many of them seem to be Australian! 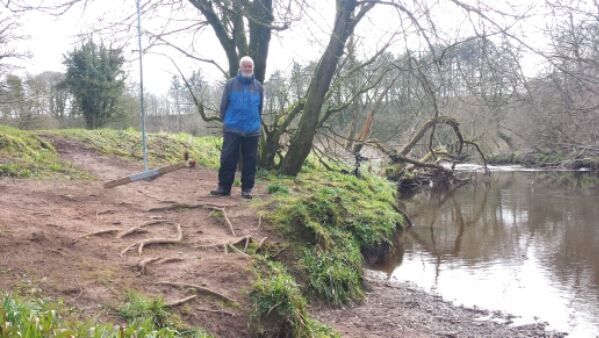 We really enjoyed our rest day but have still made progress having added 5.25 miles to our running total.
Forgot to mention yesterday that we both bought new socks in Carlisle. Although our old socks purported to be 1,000 mile socks they were beginning to get a bit raggy looking and slightly uncomfortable. So, for our first day of walking in Scotland, we have worn our new socks! 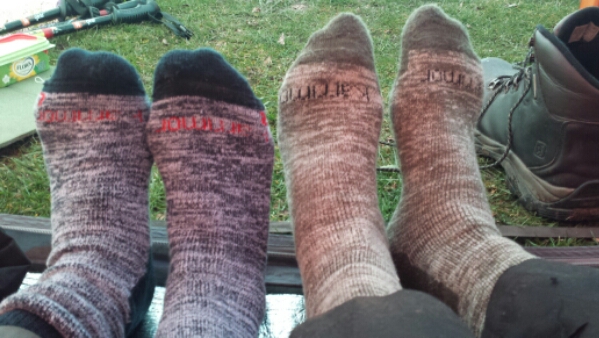