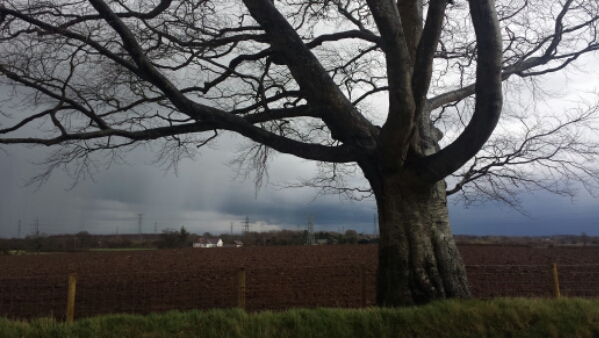 Tuesday 29th March – 746.62 miles
We had a lovely stay at the Cornerhouse Guest House.

I had booked a twin room and asked if we could have a room with bath rather than shower. When we arrived yesterday evening Maria explained that all their rooms had showers except for their budget room which had a separate bathroom. She gave us a lovely family room which was just across the hall from the bathroom. As there was no one in the budget room she said I could use the bathroom – thanks so much Maria. It was great to relax and soak with a glass of red wine! 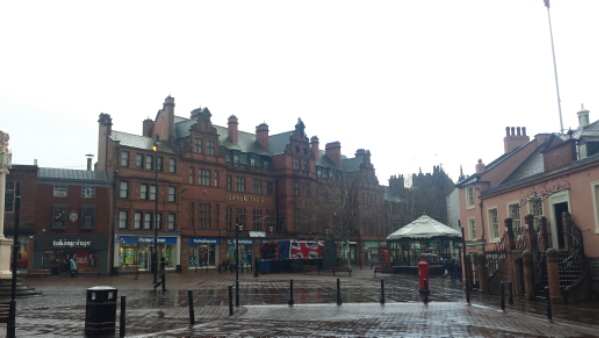 It was a day of sunshine and showers again and it was raining slightly when we left the guest house. 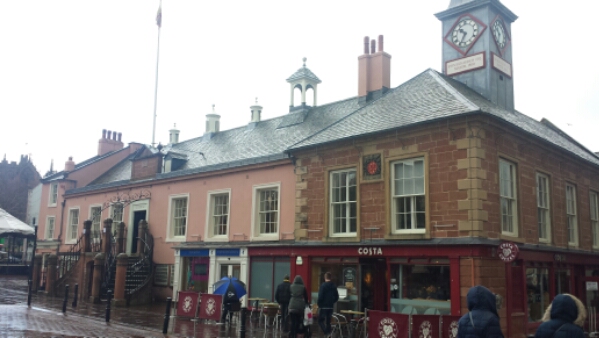 We walked into town to pick up one or two things then proceeded out of Carlisle along a cycle route which followed the river Eden for a while then along a long straight road towards Rockcliffe where we stopped for a break at the Crown and Thistle pub. 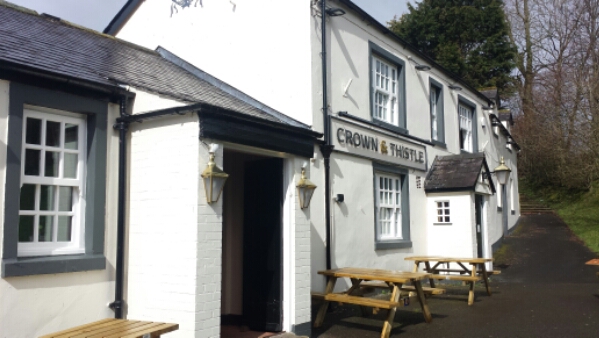 We were made very welcome and spent an hour or so relaxing over a pot of tea for me and a glass of cider for Dave. This place is definately worth a visit. I managed to write the blog for yesterday and get it posted before it was time for us to leave and continue on towards Scotland. 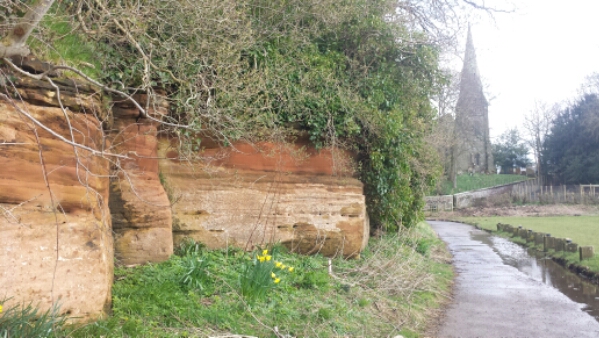 We had some of our last views of the northern part of the Lake District. 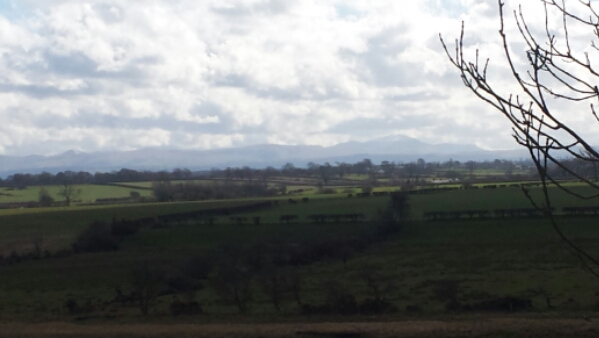 We crossed an automatic level crossing – only the second of this type on our walk. We then turned onto a road leading northwards alongside the M6. 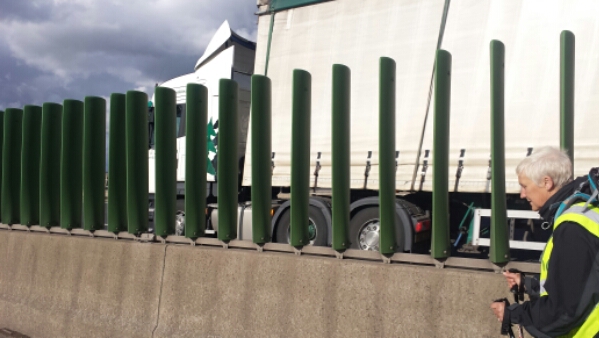 Quite noisy and a fair bit of traffic but we walked on out of England and arrived in Scotland at last when we reached Gretna. 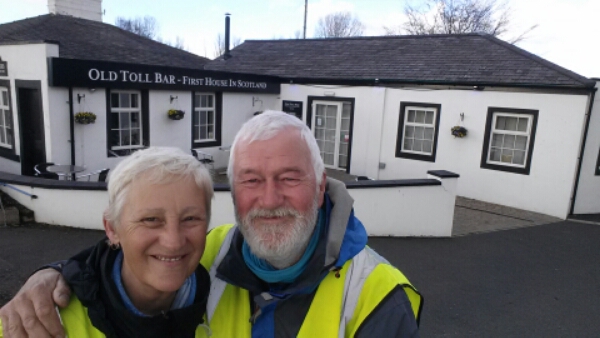 We had to take a selfie of course!
Our next aim was to find somewhere to camp. This proved to be more difficult than we thought. The first site we came to had apparently been closed for a few years and the other site was caravans only – no tents!
As this was to be our first night in Scotland we took the unprecedented step of having another b&b – two in a row! Whatever next?
We went into the Gretna Inn. Dave got talking to Angela behind the bar and asked about a room for the night. Unfortunately they had none available because they are accommodating some of the workforce that is working on parts of Carlisle that were damaged by the winter floods. Dave ordered a couple of pints of Caledonia best bitter and Angela paid for our drinks – thanks Angela. We also received a donation from Ian on behalf of the Gretna Inn – thanks Ian. 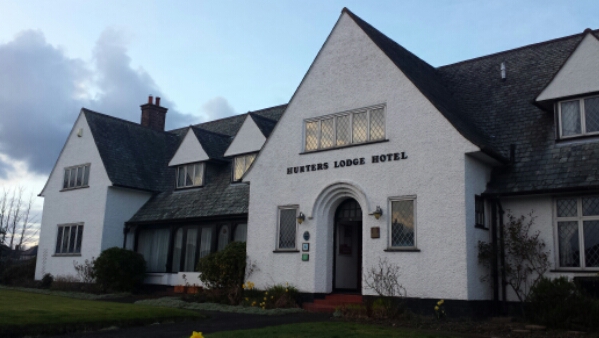 To cut a long story short we booked a room at the Hunter’s Lodge Hotel just up the road. A spacious and comfortable double room with en-suite bathroom – yay! Another relaxing bubble bath!