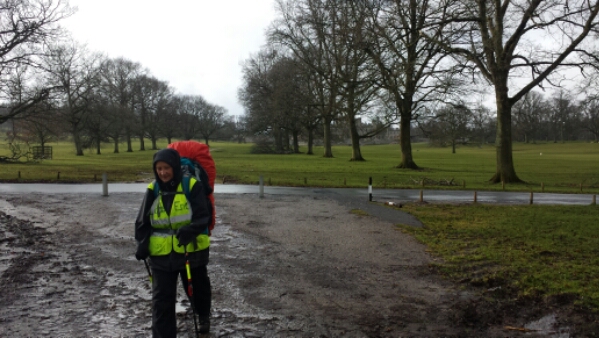 Very wet and windy overnight. Nigel offered us coffee and a cooked breakfast which we accepted. What a fab breakfast it was too – thanks Nigel and Madz for making us so welcome. 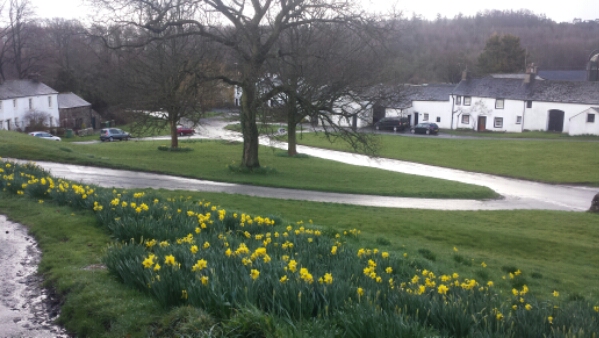 We reluctantly left Askham around 9am and headed off towards the Lowther estate. A car stopped and we met Graham Hector who used to manage the estate – he wished us luck. 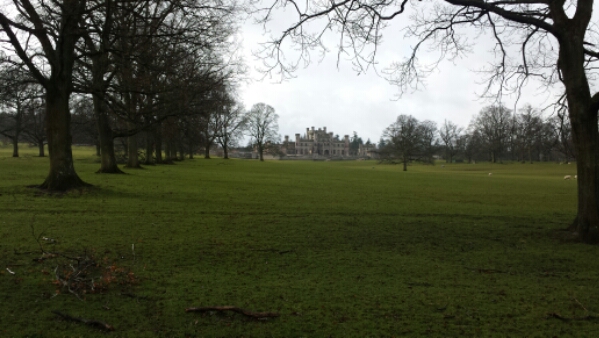 An easy walk slightly uphill then level walking past Lowther Castle in the distance. Down through the estate and across the river until we reached the Lowther Caravan Park. We stopped at the shop to buy a gas canister and a couple of other bits and pieces. The owner of the shop offered us a hot drink but, as it was raining quite heavily, we declined and opted instead for a pot of tea for two at The Squirrel – the on-site pub. 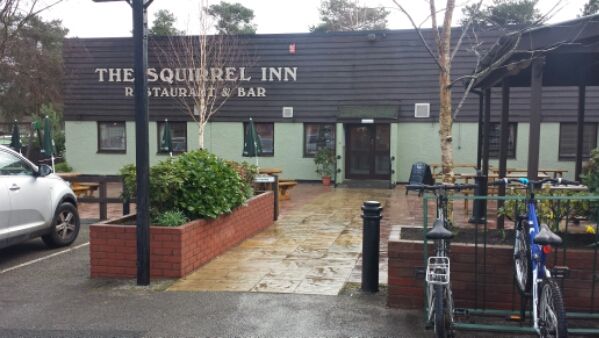 We stayed a while but eventually had to drag ourselves away even though it had started to rain again. 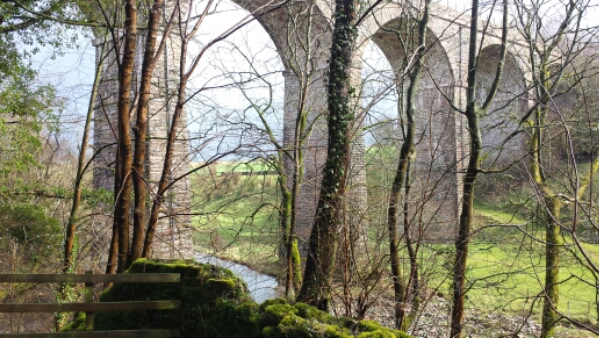 The rain gradually stopped again as we made our way out of the caravan park towards Penrith. We crossed over the river Eamont at Eamont Bridge – recently re-opened after the winter storms. We walked about a mile more until we arrived in Penrith. 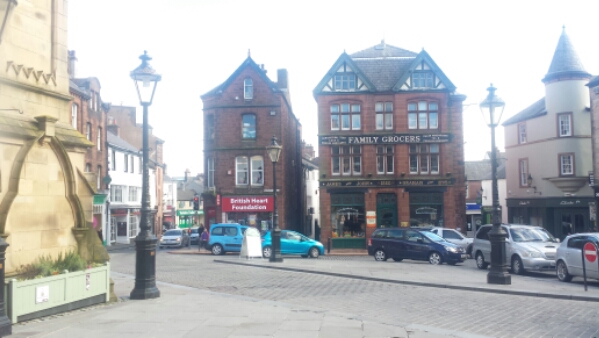 The rain came down again so we decided to go into the George Hotel for a cuppa. While we were relaxing over a cup of coffee, Christopher Cooke came to talk to us about our walk. He and his wife Sheila had seen us come in and were interested in which way were going. We chatted for a while then Christopher asked if we had eaten and, when we said no, he offered to buy us both lunch. Such a lovely gesture and we accepted. We both had a roast beef dinner with a glass of red wine followed by sticky toffee pudding which was delicious – thanks to Christopher and Sheila Cooke we were ready for another afternoon of walking. 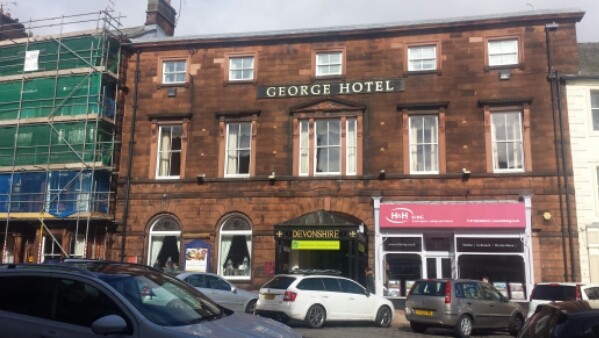 We headed up out of Penrith and over the motorway and turned right towards Newton Reigny. 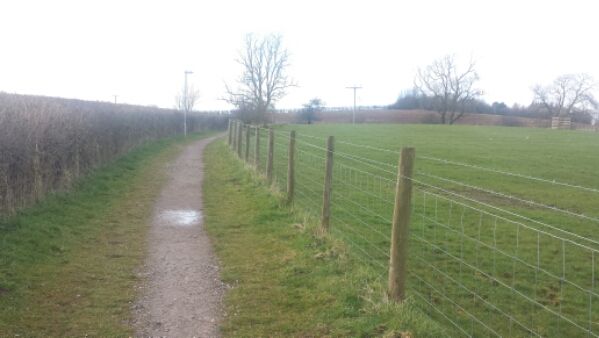 We walked along a footpath for a mile or so past the university buildings and came to the Sun Inn at Newton Reigny. Too early for a beer we had tea. Barry, a customer, came over to talk and, after hearing that we were looking for somewhere to camp, he said that there was a small caravan sight about 20 minutes walk further on. He also offered us a spot in the garden of the holiday cottage that he was staying in with his family if we didn’t have any luck with the caravan site. As it happens we did get a pitch at the caravan site. The owner Annette said we could camp and that there would be no charge as we were walking for Macmillan. Her grandson Travis braved the wind and rain to show us where the toilet was and where we could get drinking water – thanks Annette and Travis.
We managed to find a well drained pitch, had a hot drink and hunkered down for the night. Despite cold wet and windy weather we were cosy in our tent.