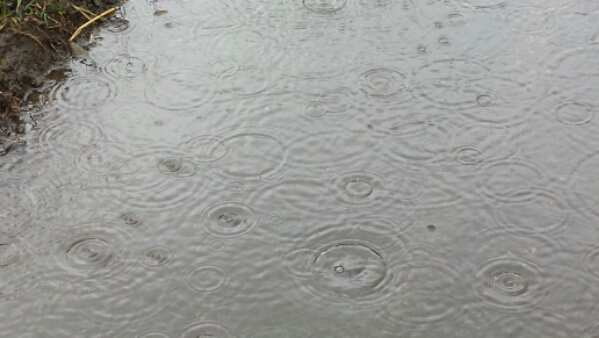 Saturday 26th March – 706.20 miles
We started the day with an amazing breakfast at the Kings Arms Hotel at Shap. 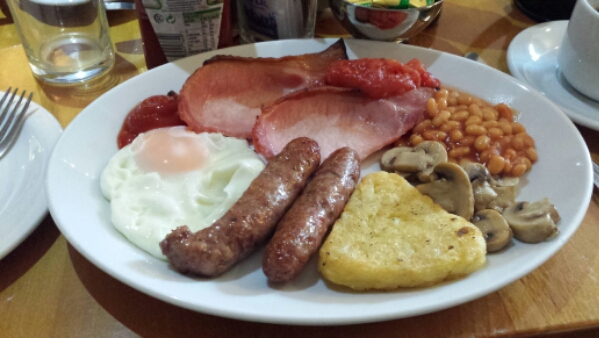 With our rucksacks packed once more we made our way out of Shap calling at the local co-op on the way. Met Luke at the checkout and he said he would take a look at our website.
The Goggleby Stone was our first stop. It is a huge stone in the middle of a field outside Shap. 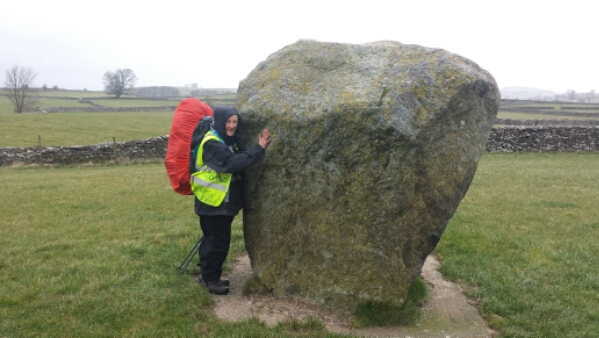 Apparently it is part of the Shap Stone Avenue, a megalithic complex and is the largest of the standing stones. We walked up to it and put our hands on it and, although it was quite chilly, the stone felt warm to the touch. 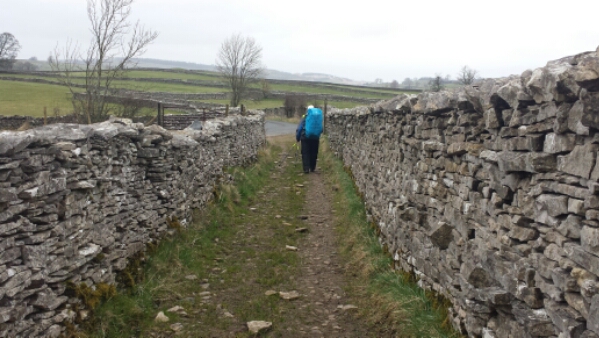 We followed a track signposted Bampton Road between two stone walls and encountered another “hands and knees” path (see day 25) with blackthorn growing on both sides of the path. It was only for a short distance though. 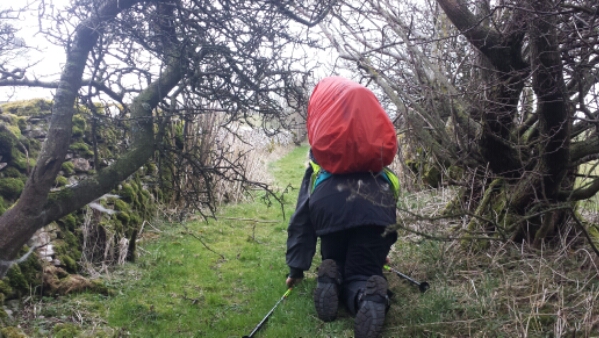 The track led onto a lane which made for easier walking. It was nearly time for a break and we came to a bus shelter with a bench. By now the rain and wind was getting worse so we sheltered there for a while and took our 700 miles selfie. 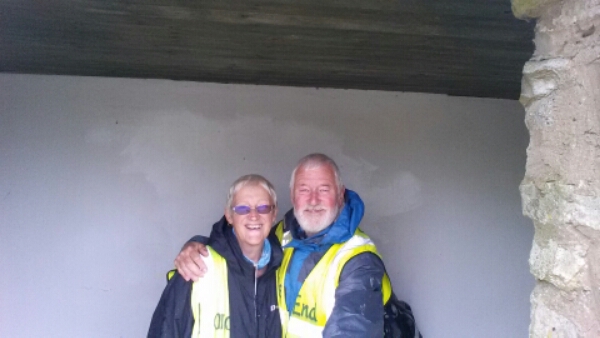 Dave is always joking about all the places we have slept and that a bus shelter is on his list. It was tempting because of the bad weather but it was a little early in the day though! The wind was very gusty and nearly blew us over a couple of times. 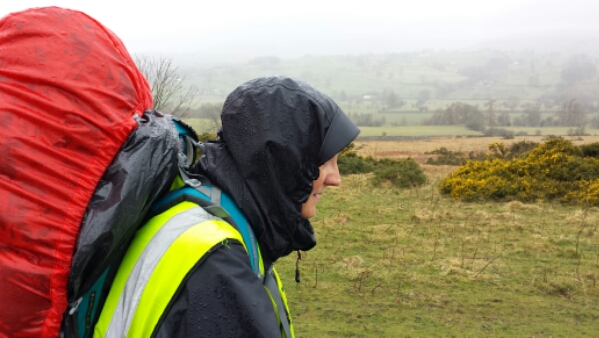 We came to Bampton and, just off our route, we spotted a pub in the village so we walked up planning to have our usual pot of tea for two. We arrived at the Crown and Mitre Inn at 12 noon and, guess what time the pub opened? You’ve guessed it – 1pm!
Ah well. We chose the next best thing to take a break – a telephone box! 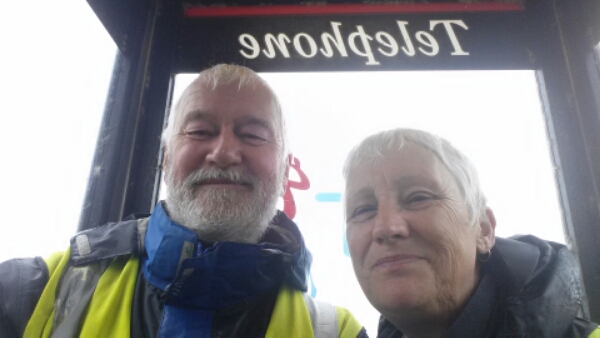 It was a little cramped but at least we were out of the rain and wind for a while.
We continued on with the rain coming down relentlessly. The lane was quiet with very little traffic and despite the weather we continued to make good progress.
Our next shelter from the storm was a barn. 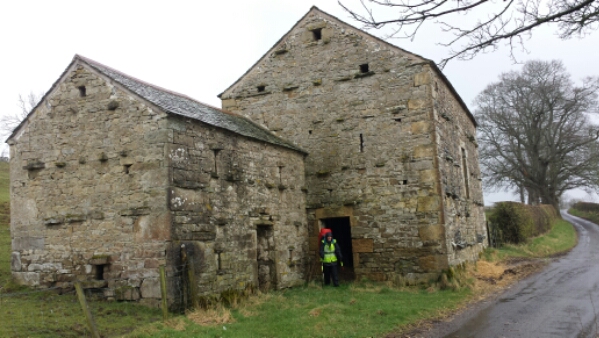 We shouted hello just in case there was anyone there but it was empty and so went inside and stayed in the dry for a while. 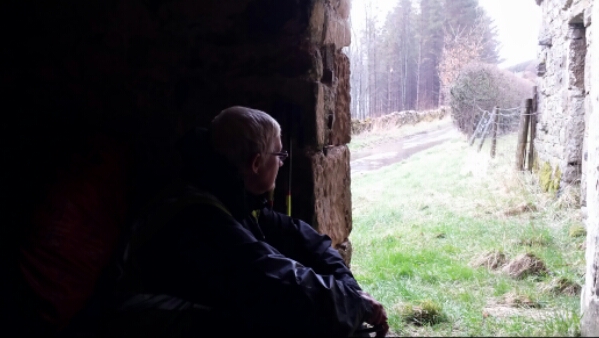 Reluctantly we had to carry on and the next village we came to was Askham. There was a pub ahead of us – The Queen’s Arms but it was shut and up for sale. Fortunately we saw a shop – Askham Stores – it was open and sold cups of tea and coffee – yay! 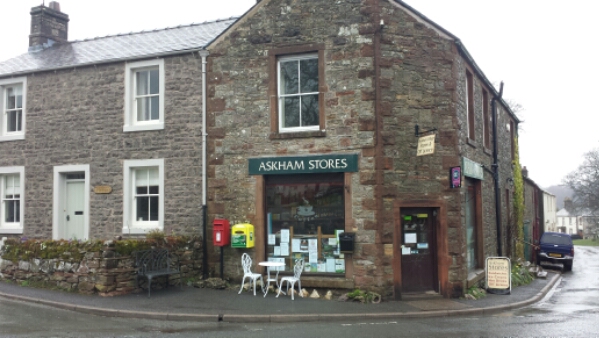 What a great shop – Jeannette served us with two lovely cups of hot tea in between serving customers. We chatted to one of the customers Tony who, with his friend Marco, cycled John o’Groats to Lands End in 1988 raising £6,000 for Great Ormond Street Children’s Hospital. He bought us each a coffee and gave us a donation for Macmillan too – thanks Tony.
Nigel came in just as we were talking about a possible campsite nearby. Because of the winter storms Nigel reckoned that we would be struggling to find any campsite this side of Penrith. He offered his back garden if all we needed was a patch of grass – just 100 yards away. Dave walked with Nigel to have a look. 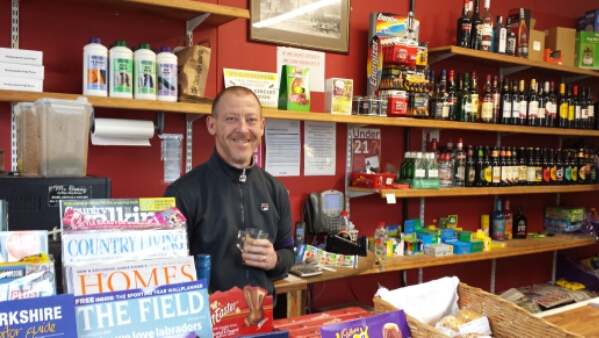 Meanwhile I chatted to Simon, who, with his wife Tracey owns Askham Stores. 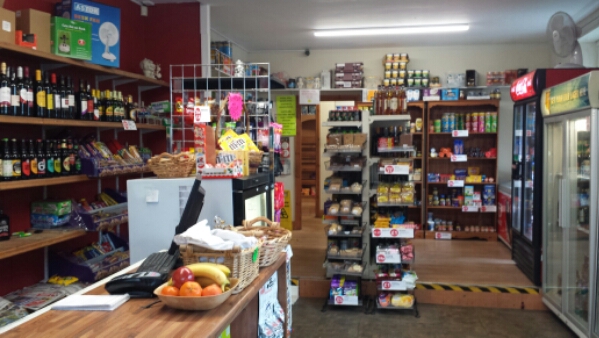 A great shop which seems to have everything from a bag of coal to a Mars bar cake. Apparently, if they haven’t got it they’ll get it for you.
Dave came back smiling. Not only somewhere to pitch our tent but Nigel said we could use the tumble dryer and plug sockets if we needed to. On top of that, he also offered us a supper of his speciality sausage with gravy and mushy peas. 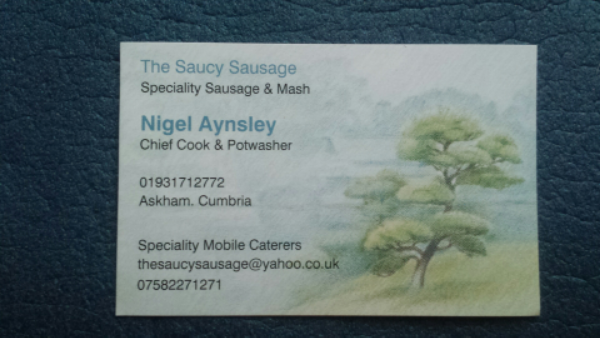 We were going to pay but Nigel’s wife said no need, so we have added the money to Macmillan in their name. 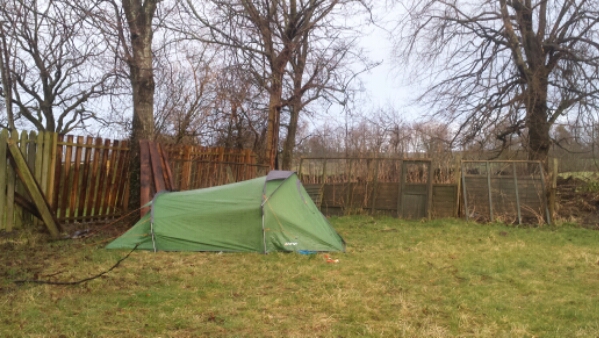 We started setting up the tent in his back garden as the weather worsened but it wasn’t long before we were tucked up inside the tent. 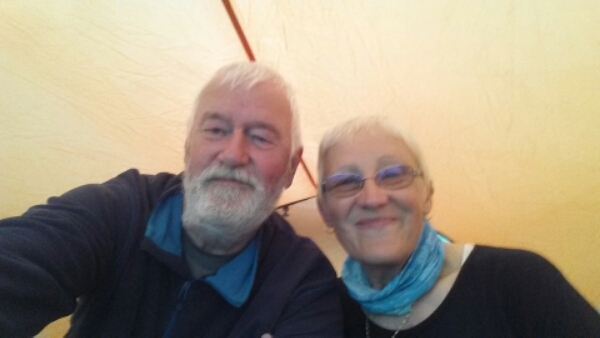 The rain lessened a bit so we ventured out and took our wet over-trousers and jackets over to pop in the tumble drier. We walked down to the other pub in the village – The Punchbowl for a well earned pint of beer each. We met Simon there who wished us luck – thanks Simon.
After a pleasant hour or so at the pub, we walked back to Nigel and Madz’s home where we retrieved our clothes from the dryer, fully dried and ready for another day tomorrow. We sat in the warm and waited for Nigel to return from work. True to his word he returned home just after 8 and before long we had a plate of sausage and mash and mushy peas (beans for Dave) in front of us plus red wine and whisky too. 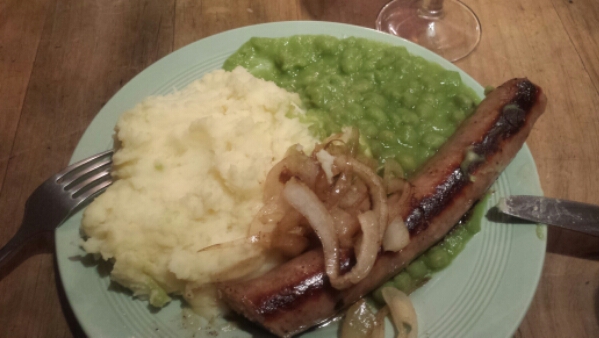 We had a great evening with Nigel and Madz and their friend Louise. What more could you ask? Great food, good company, a good laugh and new friendships made. People often ask what has been the highlight of our walk. There are quite a few but this has been one of them.