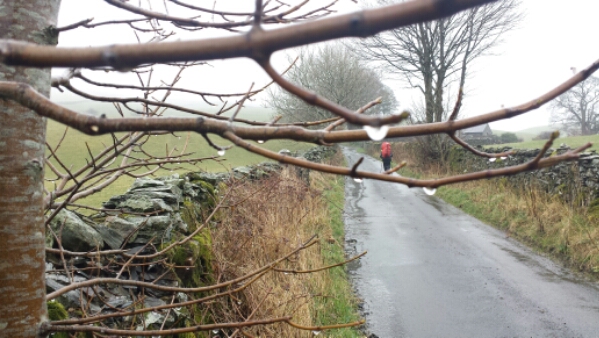 Thursday 24th March 2016 – 692.12 miles
Started to rain as we took the tent down!
We left the campsite at 9am – the campsite fee was waived and donated to Macmillan – thanks both and for the cup of coffee each too. Walked along quiet lanes and should have been able to see the higher fells of the Lake District to our left. 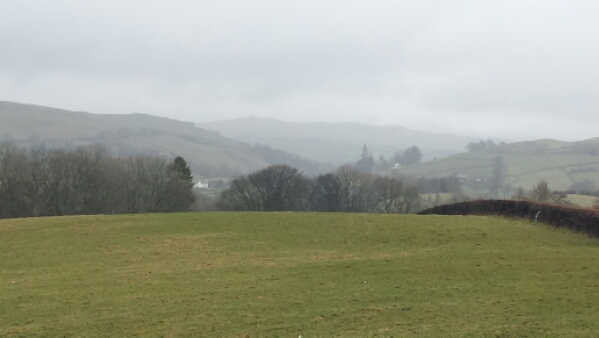 Unfortunately the low cloud and rain obscured our view so most of our photos today will be of the “atmospheric” type! Despite the weather good humour prevailed and kept us going. 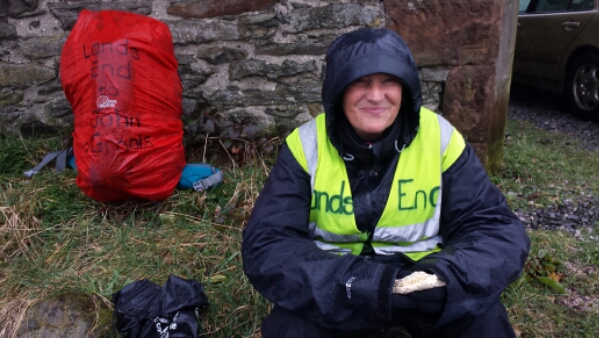 You won’t be surprised to hear that we only met one person today. Greg Dixon from Kendal and his dog Alfie. We were sitting under some evergreen trees which were fairly dry underneath eating our usual cheese sandwich. He pointed to a farmhouse over the wall – the place he was born. We chatted about our route towards Shap as he knew the area well – good to meet you Greg and Alfie.
We walked to Garth Row then uphill for a while then we joined the “Miller’s Way” bridle path. 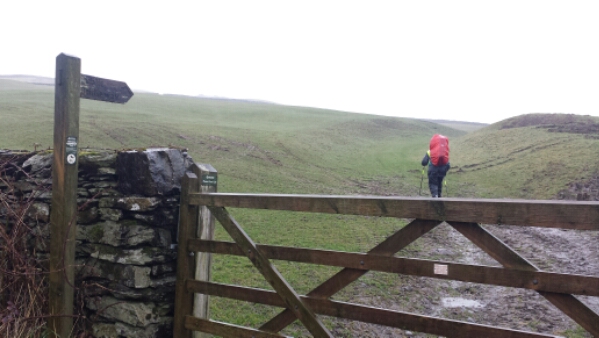 As a tribute to the Quaker, Jonathan Carr (of Carrs biscuits), a walk – The Miller’s Way – was devised. The route basically follows the trek that he took in 1831, by foot and horse drawn carriage, from Kendal to Carlisle. The path was easy to follow across a field and then alongside a stone wall which meandered uphill for a mile or so before joining a quiet lane again. We crossed the A6 a couple of times as the lane snaked onwards up the valley until it came to an end at a group of houses at Hause Foot. 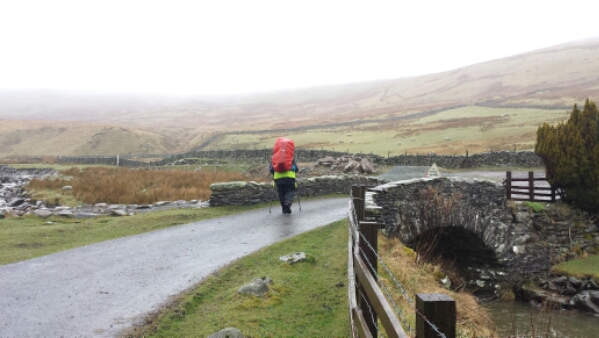 The Miller’s Way went on through a couple of gates and into a field then through another gate and off up over the high ground. The path was indistinct in places but we found our way OK. 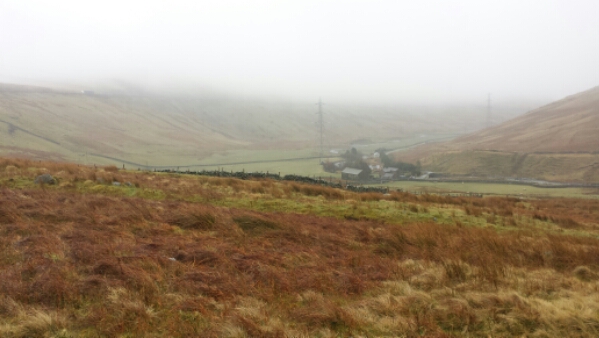 This part of the walk was more exposed so the rain and wind made progress difficult. We stopped for regular breaks along the way finding shelter behind stone walls where we could. 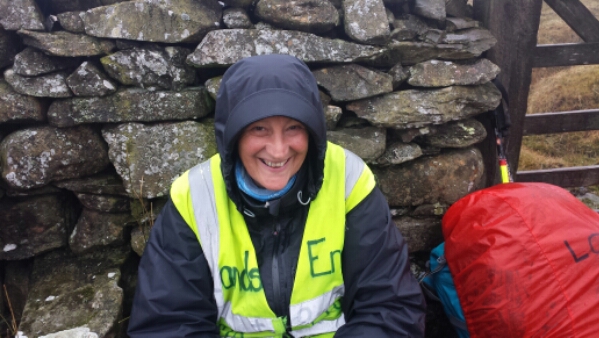 The path suddenly widened out into a rough stoney road which led back down to the A6. 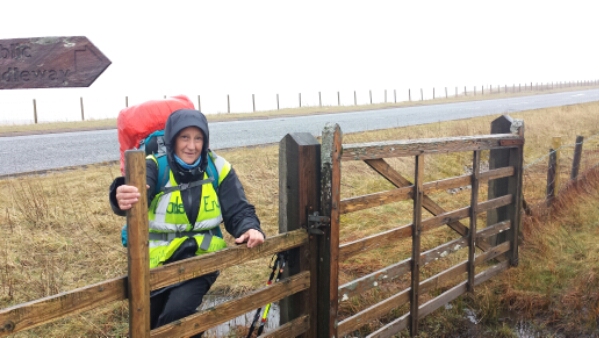 By now the rain had stopped and the scenery started to open up all around.
We crossed over the main road and followed another stoney road on down past the Pink Shap Quarry to the left and then along a wooded area where we camped for the night. 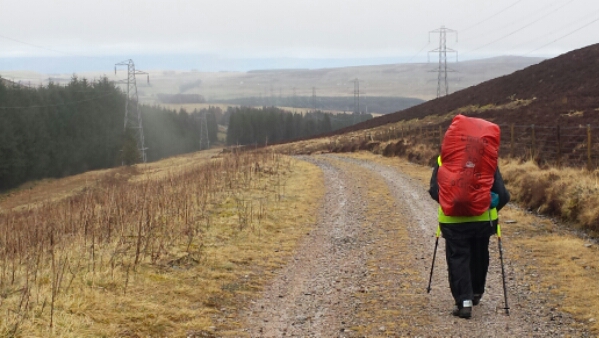 We were a little damp to say the least but, once we were inside the tent with dry clothes on and a hot cup of oxo in our hands we were cosy. 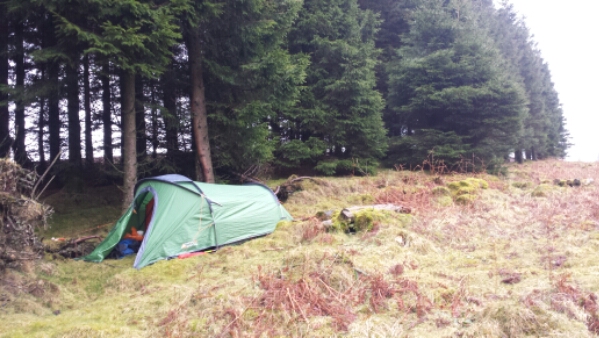