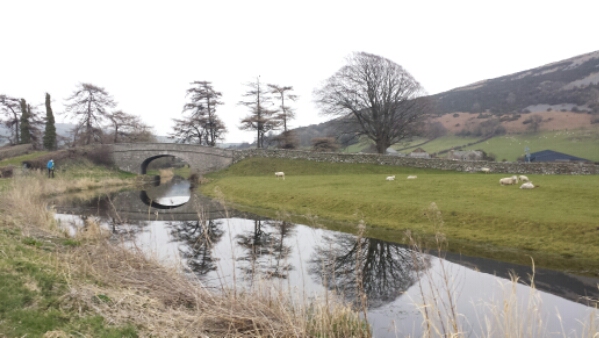 Wednesday 23rd March – 680.92 miles We left our “secret” camp at 7am after Dave had cooked us an egg sandwich. 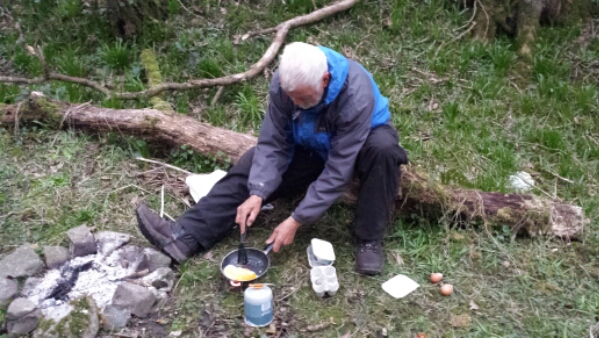 The weather has been fairly mild so good walking weather. Today was to be our last day of canal walking until we get to Scotland. It’s amazing to think that we have used the canal system all the way from Worcester. 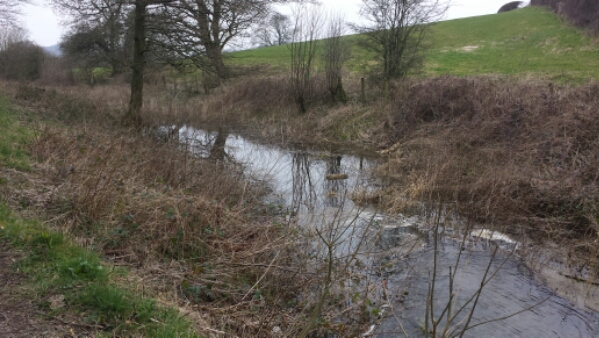 As we progressed along the route of the canal it became more and more overgrown and some sections have been filled in and have disappeared into the landscape. 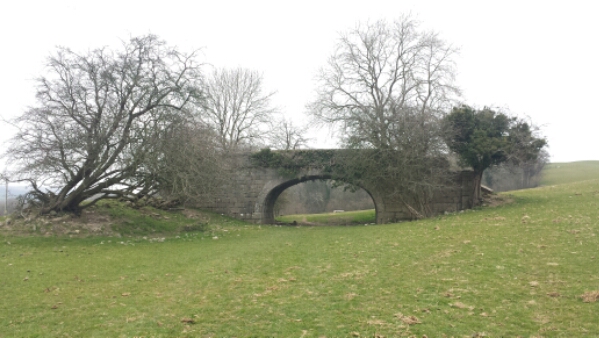 We met two men from the Canal and River Trust – Ben and Dan who told us that, some time ago, there were big plans to open up the canal basin at Kendal creating a marina and redeveloping the surrounding area too. This was to have kickstarted the reopening of the rest of the canal from Kendal to Tewitfield. Unfortunately the recession put the plans on hold so for the time being nothing has been done. Such a shame. 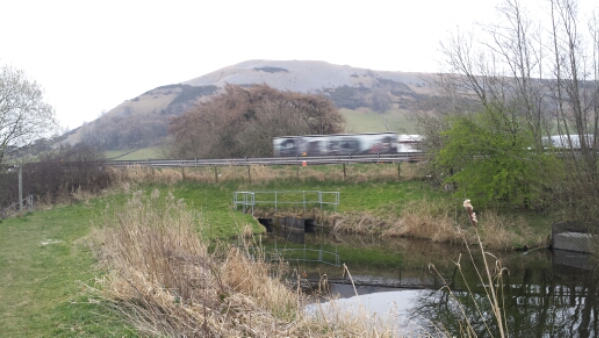 We had to leave the canal a couple of times because new roads and the M6 had been built over it in the 1960’s leaving room only for conduits for water which is needed to maintain the levels in the canal system. On one such diversion we went into a Texaco garage to buy ourselves a chocolate bar each. We also bought a beef and veg pie to share. We chatted about our walk to Rosie, who works in the shop – nice to meet you Rosie.
We ate the pie while we watched two swans – one of which took umbrage and tried to see us off. As we walked away it kept on coming to make sure that we had left it’s territory. 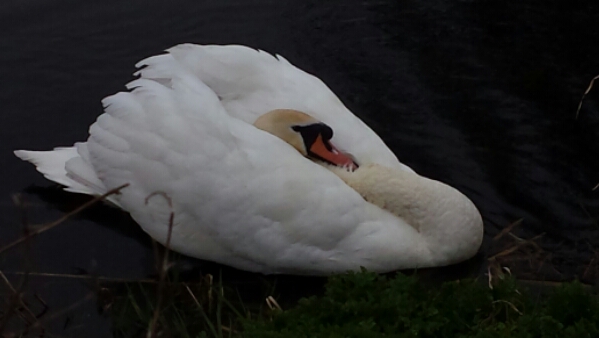 Onwards again towards Kendal and gradually the canal disappeared altogether leaving only a footpath with the occasional bridge in the middle of a field.
We reached the canal basin in Kendal around 3pm – nothing much there except a recycling place! 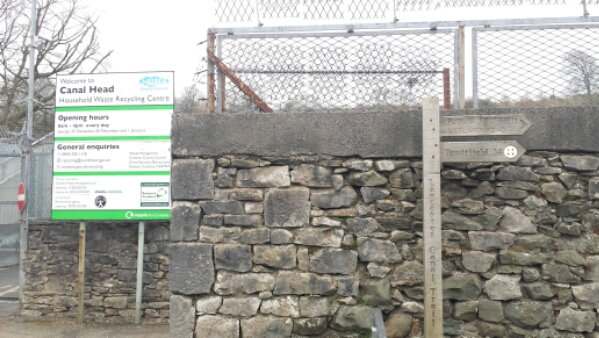 We looked for and found a supermarket where we bought supplies and our usual pot of tea for two in the cafe!
Carole Robinson told us about a caravan and camping site not far away – we are now here for the night and have WiFi so I was able to upload yesterday’s blog and pics. 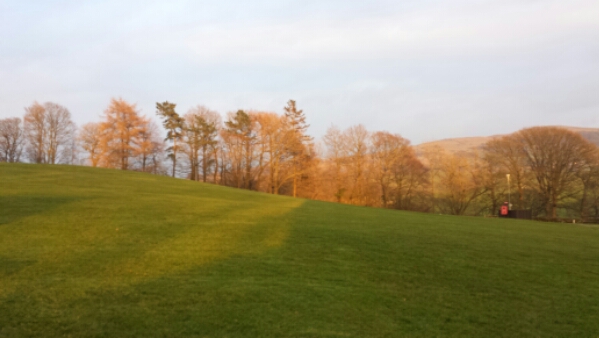 Dave has just made bacon and egg in a baguette for supper – thanks Dave. 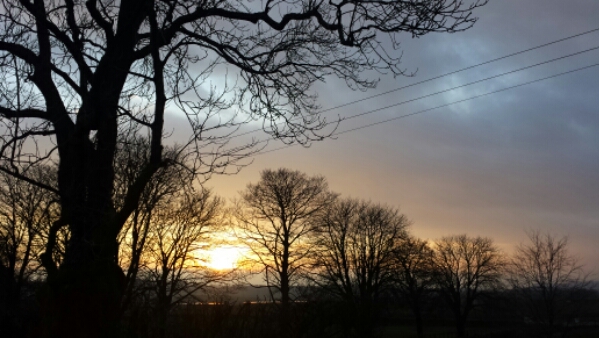