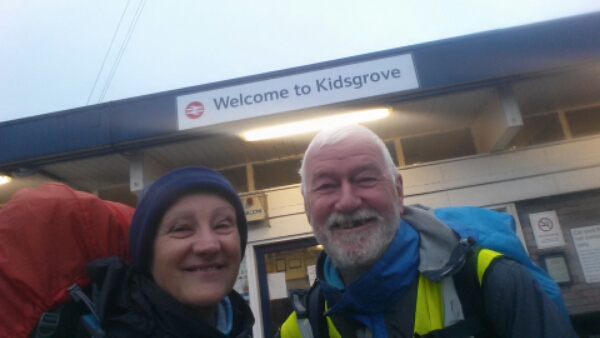 Starting at 6am, we walked along the path out of Bathpool Park and along Boathorse Road. We had originally arranged to meet up near St Michaels Church but, as it was raining quite heavily by then, we decided to walk on to the railway station. We followed a footpath which led us down to the canal which had just emerged again from the Harecastle Tunnel. 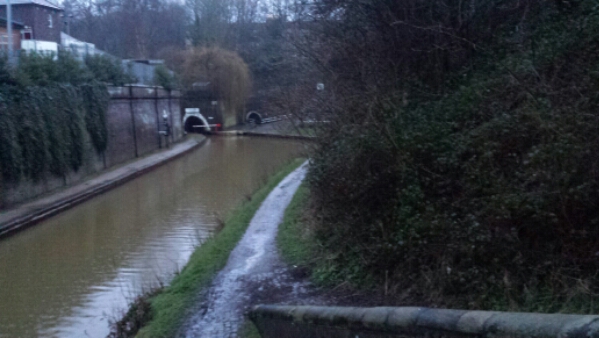 Just a short walk over a bridge then up some steps leading to the station car park.
The ticket office and waiting room was warm and welcoming. We asked if it was OK for us to wait inside and Helen, working in the ticket office, said we could. Just before 7am a lovely lady called Kathryn arrived to open up the refreshment station. 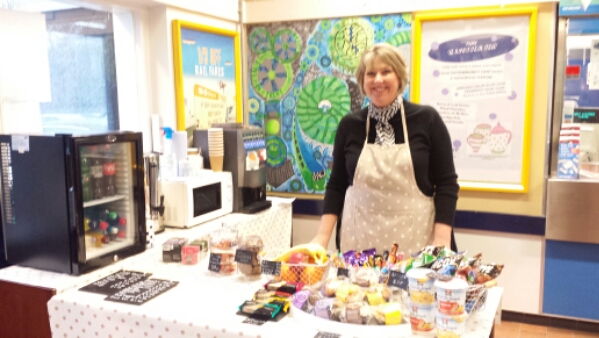 Both Kathryn and Helen were very interested in our walk and we gave them our details so they could follow our progress. Kathryn gave us a coffee and also a donation – thanks Kathryn.
Soon afterwards John Acres from Radio Stoke arrived. We went outside for the interview – another first for us. We haven’t heard it yet but hope we came over OK. He also did a short video interview for the Radio Stoke Facebook page. Phew!
It was a morning of photography – we took our 500 mile selfie outside the railway station and Kathryn took our photo with John Akers. 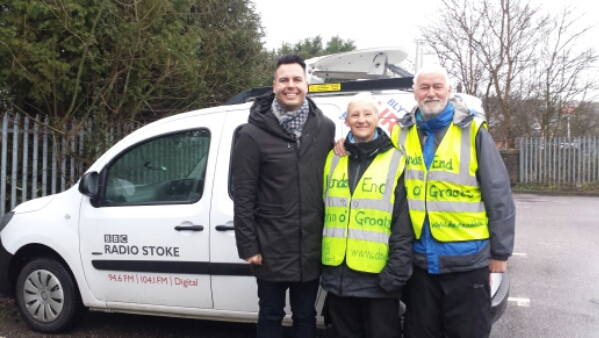 Helen also took our photo to send to her boss for their magazine. Kathryn took one too. Incidentally, there is a meeting to discuss the Kidsgrove Railway Station on Friday 11th March.
Anyway, we finally tore ourselves away from the warmth and friendliness of Kidsgrove railway station and stepped back onto the canal towpath.
What can I say? It had been raining all night and the towpath gradually changed from being reasonably walkable (you could just make out the gravel path through the mud) to nigh on impossible. 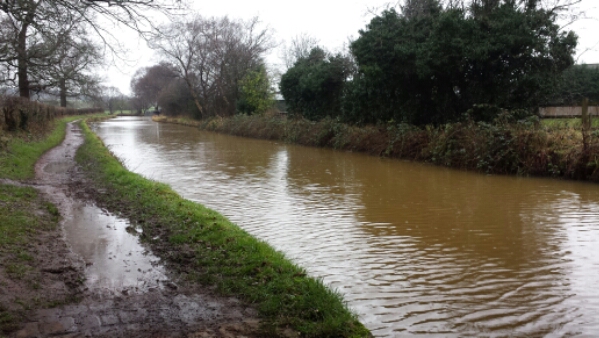 Wet, muddy and very slippery underfoot making it a tiring day. We left the canal at Hassall Green hoping to go to the local hostelry, the Roaming Donkey, only to find that the donkey had roamed on and the pub was closed and derelict! 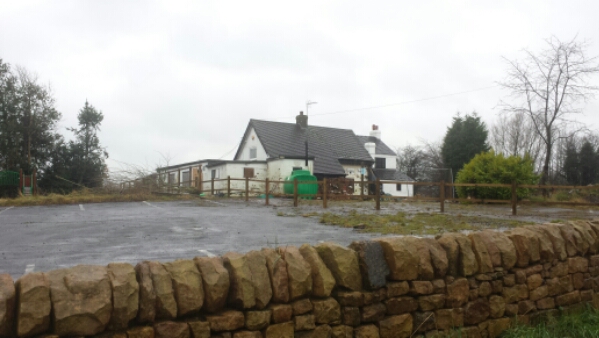 Did we get back onto the canal? What do you think? We decided to make our way along the road to Sandbach where we hoped to find a b&b for the night. On the way we met the Wednesday Walkers who stopped to chat. One of them recognised us as That Couple who had been on the radio. We arrived in Sandbach tired, wet and cold and went into The George, a Weatherspoon pub where we spent the next two hours drinking coffee. We ate lunch and charged our batteries – both our own and our phones! Talked to Malcolm sat at the table next to us and he was the second person to realise that we were That Couple from the radio. We also got talking to Sandra and Wendy (the Toby girls) who wished us luck.
We weren’t able to find any accommodation in Sandbach and, to cut a long story short, we are now cosy and dry at Malkins Bank Golf Club (just a mile or so from Sandbach) in one of their new en-suite pods.
Don’t think we’ll be walking along the canal tomorrow! 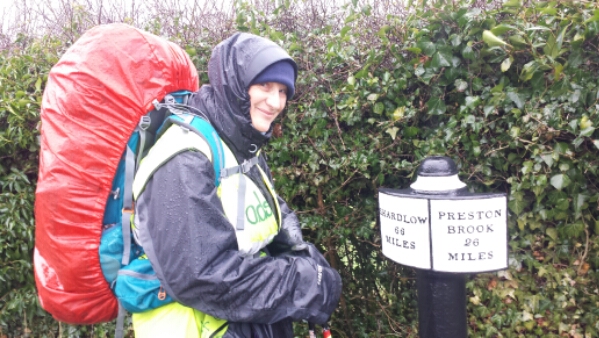 We will be looking at our maps to find an alternative route to take us up towards Liverpool.