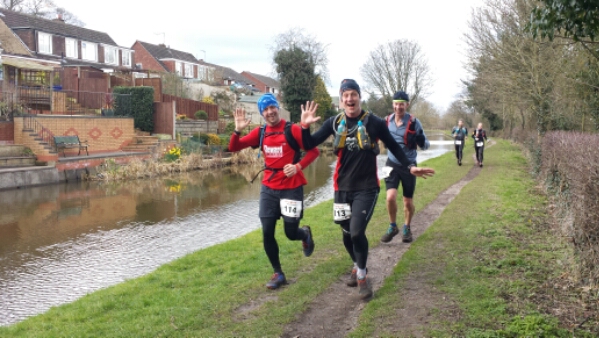 Sunday 6th March 2016 – 471.98 miles
A 9am start today – thanks Gifford and Celia for a relaxing evening last night and welcome breakfast this morning.

We said our goodbyes and took the short walk back to the canal. Within 20 minutes it started to snow. 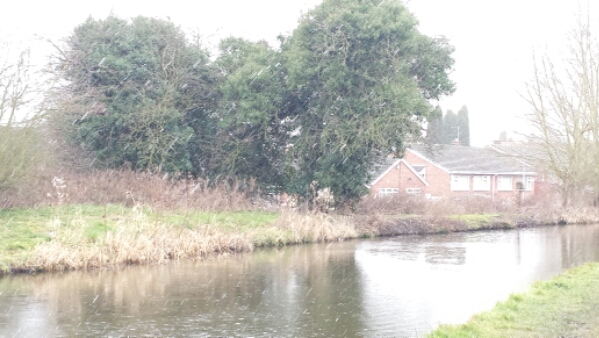 It didn’t last long before it turned to sleet then light rain which stopped soon after. The rest of the day was cloudy and sunny so we had a bit of everything today. 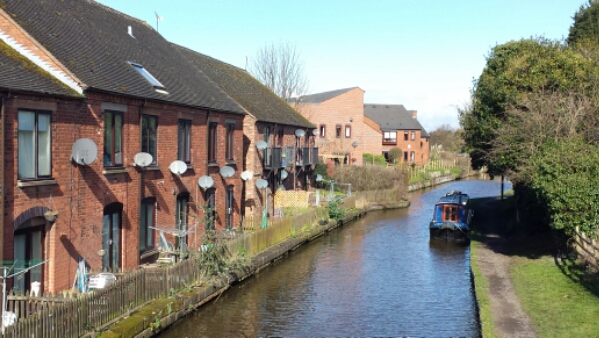 We reached Rugeley and took a stroll around the town. Most of the shops were closed it being Sunday. We bought some essential supplies – ibuprofen and Snickers bars! Coffee was on our mind and we found a Costa yay! We decided to sit outside in the sunshine and we were just putting our rucksacks down when someone came out and asked if we would like a coffee. Antony, who was enjoying the day with his wife Donna and daughter Mackenzie, bought us two coffees and two muffins as well. Such a kind gesture – thanks and hope you enjoyed the rest of Mother’s Day Donna.
Back to the canal and we met Yvonne and Roy who were out enjoying a walk. We enjoyed chatting with them – they also gave us a donation – thanks both. We started to become aware of quite a few people running by – turns out it was a run along the Millennium Way from Newport to Burton on Trent a distance of around 41 miles! Rather them than me I thought. 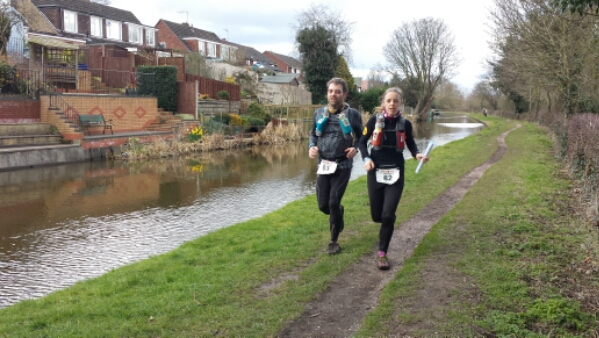 John and Sarah stopped to chat for a few minutes before continuing on their run – we all wished each other good luck. Hope you made it guys. Another runner, David, stopped to take our photo as we passed each other – he is running Offa’s Dyke next year. 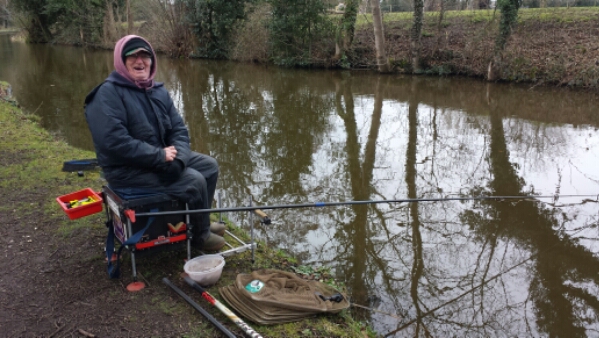 Met a friendly fisherman enjoying the day near Wolsey Bridge – such a cheerful man – he brightened our day -thanks Mad Frenchman ( no he wasn’t French, it’s his surname )
We came across a refreshment station for the runners that had been going by. They were just finishing as the last of the runners had gone. We were given some chocolate biscuits and Dave had a jelly baby – thanks everyone. Got talking to one of the marshals, Neil. He will be adding us to their Millennium Way Ultra Beyond Marathon Facebook page.
Today was our first experience as gongoozelers (not sure how it’s spelt ). Basically a gongoozeler is someone who sits and watches the action as a narrowboat negotiates a canal lock. 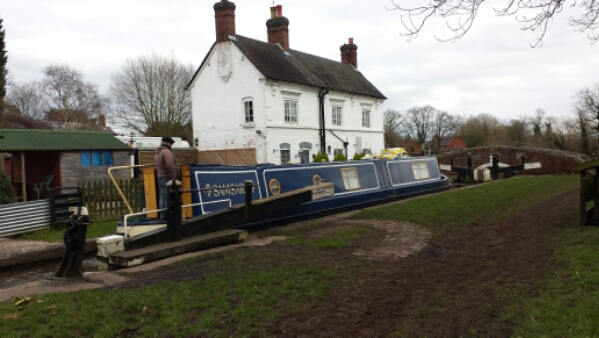 We enjoyed some time talking to John who has been narrowboating since the 60’s and we watched as he expertly operated the lock single-handed. 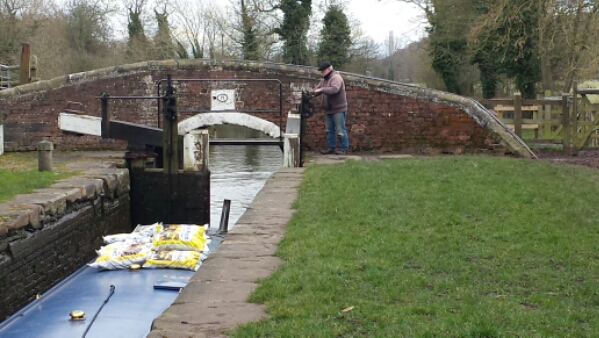 We walked on and, about an hour later we arrived at Weston where we went to The Saracens Head for a well-earned beer and we asked if there was anywhere nearby where we could pitch our tent. 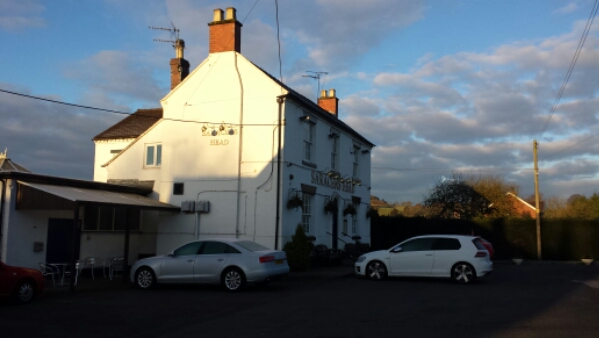 Barbara was very welcoming and said we could camp in the beer garden behind the pub. Thanks Graeme and Barbara for a great evening and giving us a place to camp for the night – we also enjoyed the pub quiz even though we came last!