We waved goodbye at 9am and walked along the main road towards the canal. 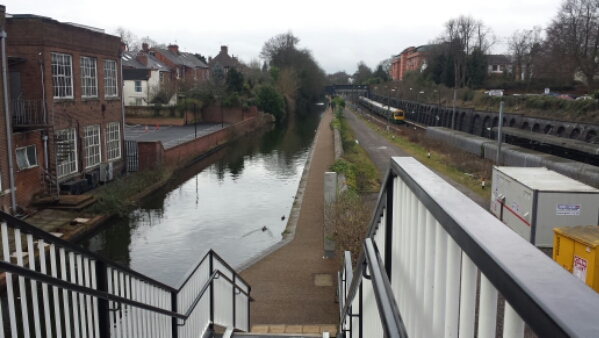 An interesting morning walking through Birmingham via the canal towpath. It wasn’t long before we reached Gas Street Basin which is considered to be the heart of Britain’s canal network. 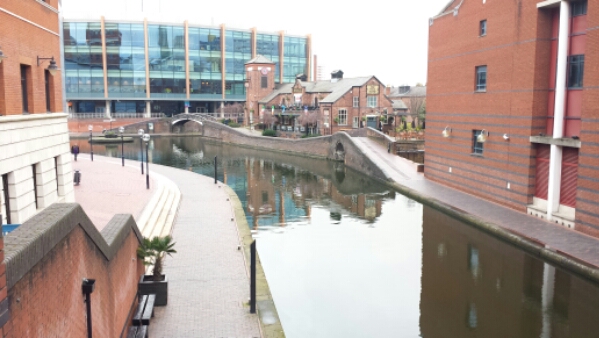 We stopped for a short break and watched the world go by for a while before continuing on. A great deal of restoration work has been done to the canal system in the centre of town and the towpath is in a good state of repair so we made good progress. 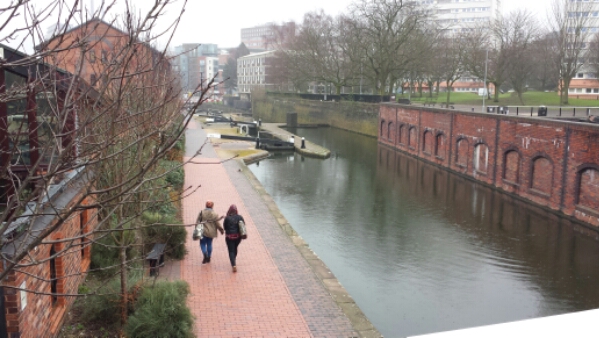 Again, throughout the walk today we had many people ask us about our walk and wish us luck. Ben, a walker, gave us some Penguin biscuits – thanks Ben. Some young people from the City United Academy shouted to us from across the canal and asked where we were going. I told them that we were heading for Scotland. “No way!” was the reply. Dave left one of our flyers for one of the staff to collect. Just before we reached Spaghetti Junction two cyclists – Graham and Nick stopped to chat to Dave for a while. They were also keen walkers and have walked the Coast to Coast from St Bees Head to Robin Hoods Bay as we have. They were interested to learn how far it is possible to travel using the canal system.
Spaghetti Junction was a huge area of concrete pillars, bridges, river and canals. 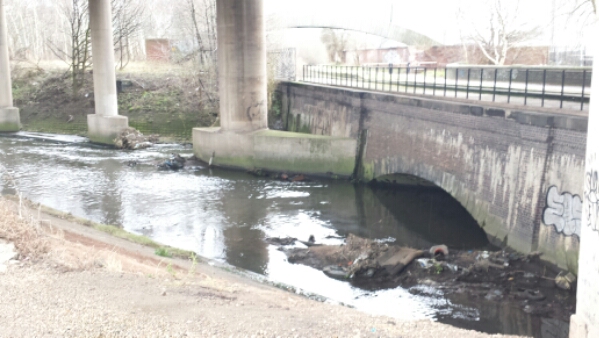 Traffic was continually thundering by overhead and all around us. The Birmingham and Fazeley canal snaked it’s way out of the city towards parts of Birmingham familiar to us. We walked under Bromford Lane Bridge, and then on past Fort Dunlop – now a retail centre. We stopped for a break at the Tyburn House pub and ordered a beer each. As a rule, we don’t normally drink at lunchtime unless we have finished walking. We made an exception today as this was the pub where Dave bought his first pint of beer at the tender age of 16!
It was a day of contrasts during our walk along the Birmingham and Fazeley canal – we saw dereliction and abandoned buildings as well as new business developments and housing. 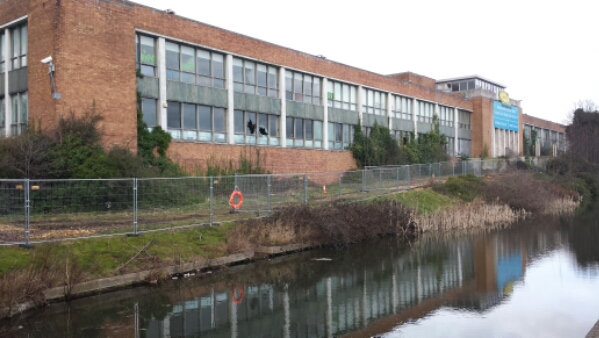 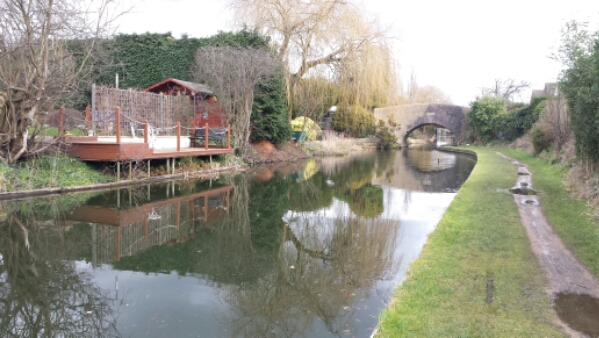 We didn’t have far to go after our break – just a couple more miles to the Hare and Hounds pub near Minworth – no we didn’t have another beer! It was a convenient place for Dave’s younger sister to pick us up and take us back to her place – thanks Moe.