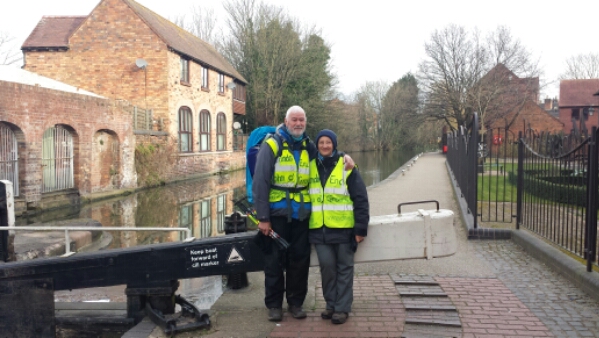 Sunday 28th February 2016 – 391 miles
Woke at 6.30 and, after chocolate croissants and tea for breakfast, Paul and Helene drove us back to Diglis Basin.

They joined us for the morning and Paul kindly offered to carry my rucksack; I didn’t refuse – thanks Paul.
We wandered around Worcester Cathedral for a while. 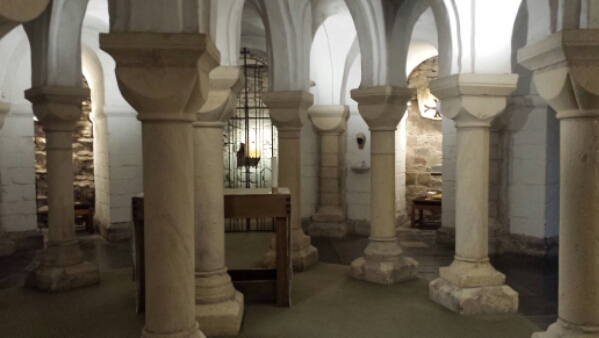 We joined the canal at The Commandery, a 15th century black and white timber building used by Charles II as his headquarters during the battle of Worcester in 1651. 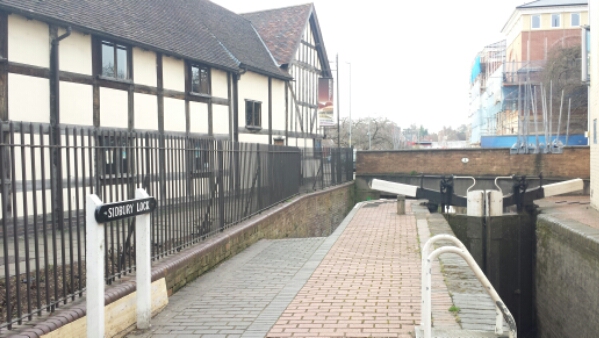 We had a pleasant walk along the towpath which circled it’s way around north of Worcester. The first person we met was Stephanie Bell and her dog Rory at Gregory’s Mill. We talked for a while and gave her a flyer. 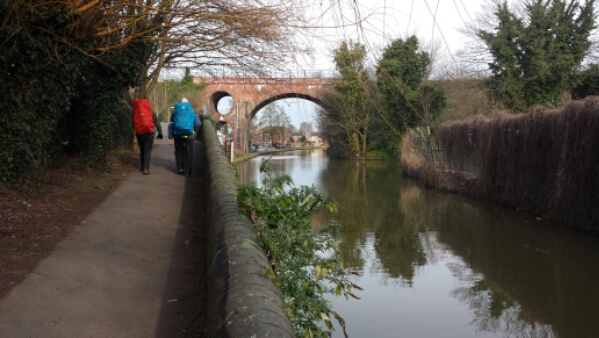 We also met a couple of walkers carrying large rucksacks, like us, at Blackpole lock – Lynda and Pete Atkins. They were just finishing their four-day walk from Birmingham to Worcester – they stopped for a chat and showed us a map of the route. 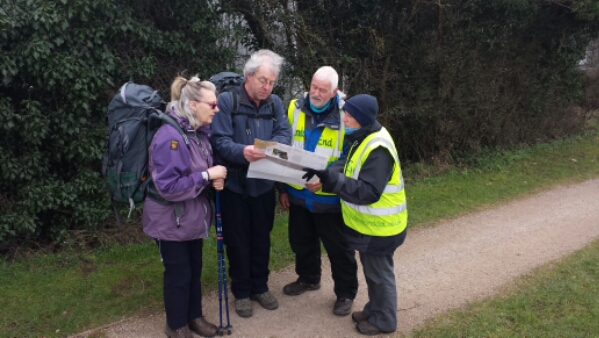 They pointed out the Tardebigge Locks which are a long flight of locks taking the canal up a long incline. They also gave us a cash donation – thanks Lynda and Pete. It wasn’t long before we left the canal to make our way towards the Premier Inn where we had booked a night’s accommodation. We all had a cuppa at the Beefeater across the way then it was time to say goodbye. We so enjoyed your company Paul and Helene and thank you for organising our camp last night as well as that delicious supper and liquid refreshment. Not only that but breakfast and packed lunches today as well. 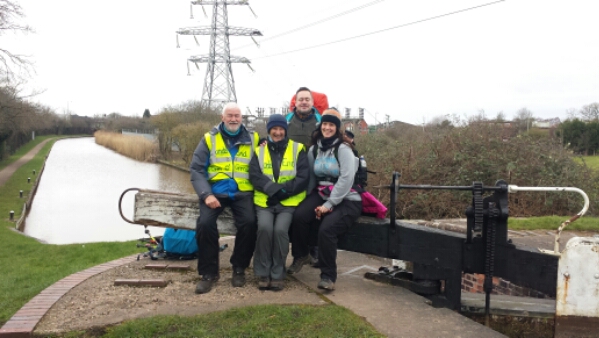