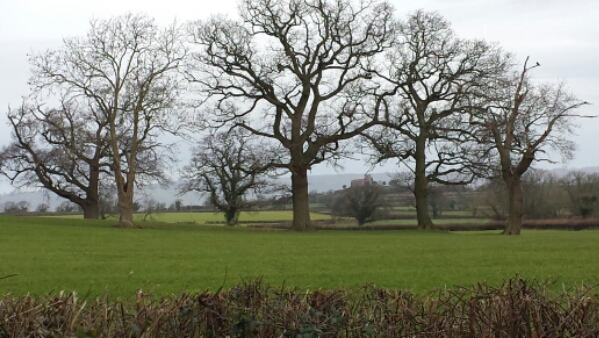 Saturday 20th February 2016 – 324.43 miles
The day started really well with an amazing breakfast cooked for us by Paul. 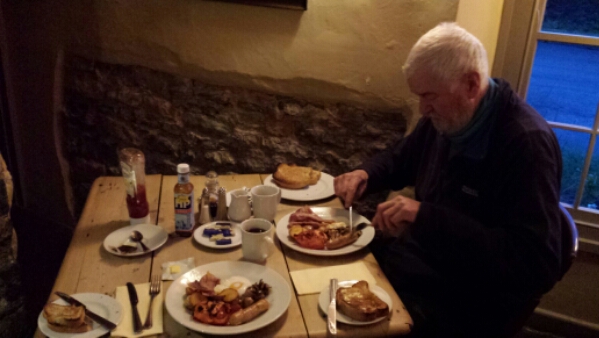 Thanks Paul, breakfast was delicious and set us up for the day. We left the Boar’s Head at Aust around 7.45. After yesterday’s very muddy and tiring walk along the Severn Way we decided to follow cycle route 41 signposted Gloucester – a longer but easier walk. 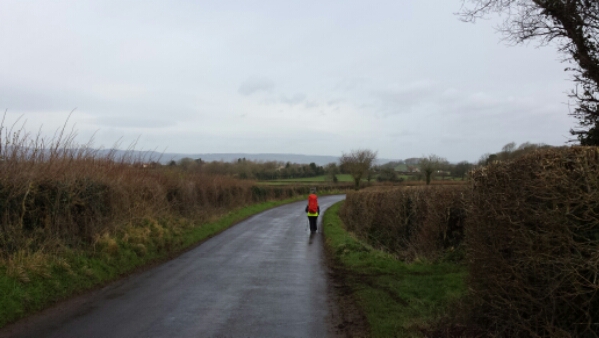 The roads were quiet and we were soon walking on narrow quiet country lanes. Very few hills and we saw more cyclists than cars today. Many of the cyclists gave us words of encouragement as they cycled by. Jenny Grey and her daughter Hannah Woodhouse stopped and asked about our walk. Had pleasant chat swapping stories and thank you both for your donation. The weather started to worsen, the fine rain got heavier and the wind picked up. Then it happened – we missed a turning which would have taken us to Berkeley. Instead we marched on and a mile later Dave checked the map and said something I didn’t quite catch! Made no sense to turn back so we turned next left at the village of Rockhampton. Joy of joys, Dot spotted a bench, then another, then the best of all, a bench under cover in the local cricket pavilion. We were meant to go that way! 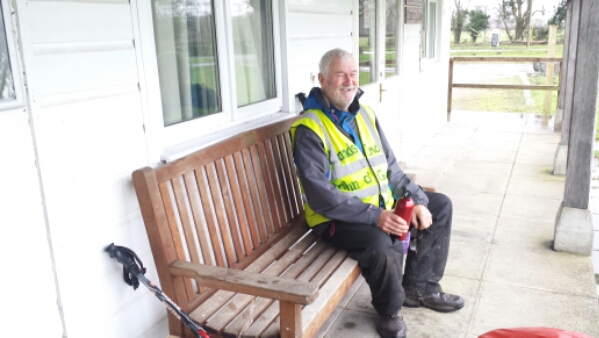 We also found a tap where we were able to fill our water bottles. Thank you Rockhampton Cricket Club. 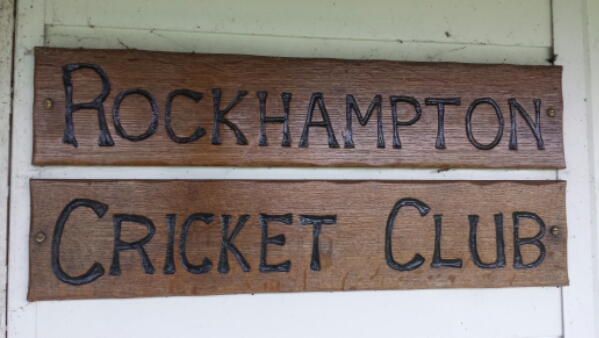 The rain gradually stopped and we were getting quite warm too so had to stop and take a couple of layers off!
We walked onwards to Berkeley but changes were afoot! Our friends Alan and Beryl offered to pick us up and take us for a meal to celebrate Dave’s birthday, which is tomorrow, and drop us back afterwards to continue walking. In addition our two daughters, Kate and Emma, phoned to say that they were hoping to pick us up tomorrow for a family Sunday lunch and again drop us back afterwards. After much discussion we decided that things would be less complicated if we went home for a day or two.
By then we had almost reached Ham, a small village South of Berkeley – a car pulled up and Duncan gave us a donation and also said “Have a drink on me. Go to the Salutation pub in Ham. It’s a great pub that serves real ales and has won awards.” We thought that sounded like a good idea so phoned our friend to meet us there. 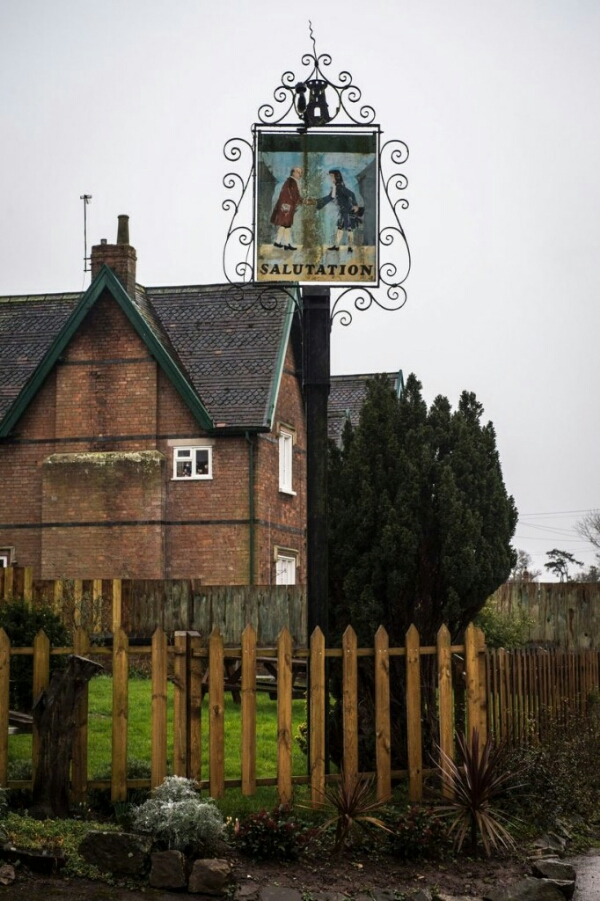 Duncan was right – good pub, great atmosphere and very good beer. Our friends picked us up and took us for a delicious carvery meal at the Toby Inn then dropped us off at home.