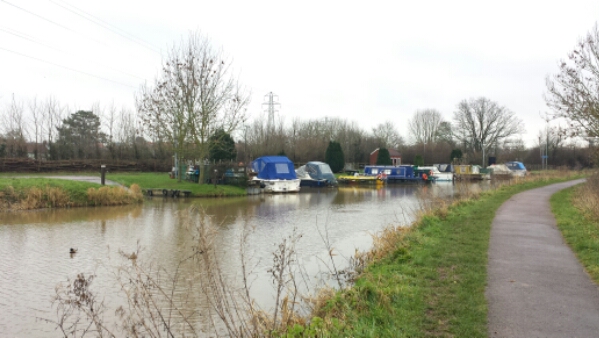 13th Feb 2016 – 241.88 miles
Some of you will have read the blog entry for day 23 already. Unfortunately it disappeared from the website for some reason and we’ve had to write it again – aplogies for any differences.

Had a lazy morning enjoying the comfort of our room but eventually we had to tear ourselves away! We said our goodbyes to the staff at the Premier Inn – thanks everyone. It wasn’t long before we were walking along the Bridgewater Taunton canal. It was a day of puddles. 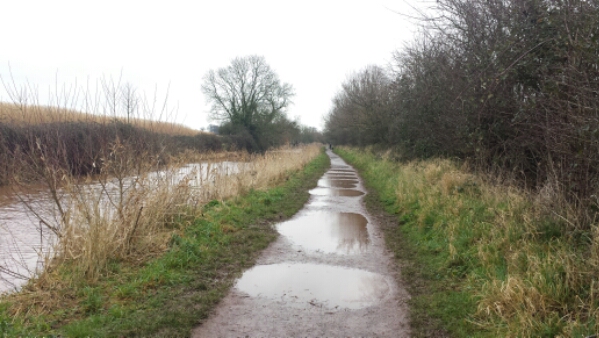 It had been raining earlier in the morning but by the time we left at 11.30 it was brightening up. An good day’s walk today although we spent a lot of time waltzing around the many puddles along the way. It was a day of old WW2 concrete bunkers, an engine house dated 1826, and trains going by. 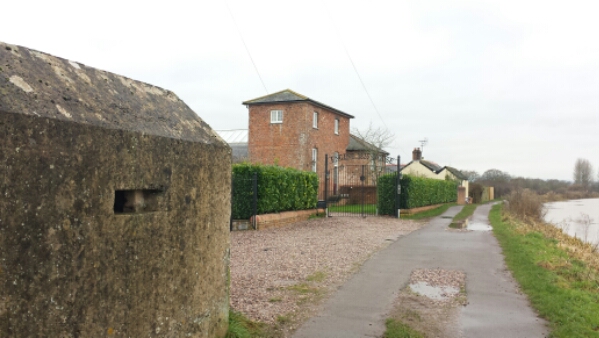 We met Rog out walking his dogs. He was a mine of information about the history of the railway. The engine house was where water was pumped up from the river to feed the canal and to provide water for the steam trains which would scoop it up as they passed by without stopping. He also told us that there is a tea room at Maunsel Lock, a few miles further on. Thanks Rog.
Spurred on by the thought of a hot cuppa we carried on along the towpath.
A short section of the towpath proved to be very muddy so we took a detour along a quiet lane then rejoined the canal just before Maunsel Lock. 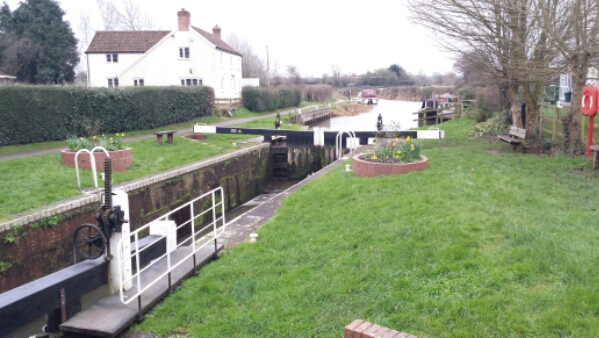 We were pleased to find the tea room was open so we ordered our usual. Had a lovely chat with fellow customers John and June Perrett and their grandaughter who runs the tearoom. John and June gave us a donation and we gave them one of our flyers. We asked if they knew of a place we could camp for the night and Christine said that the owners may be able to help. A quick phone call and Chris and Val arrived to say that we could camp for the night and have the use of the toilet and shower too. Thanks Chris and Val. 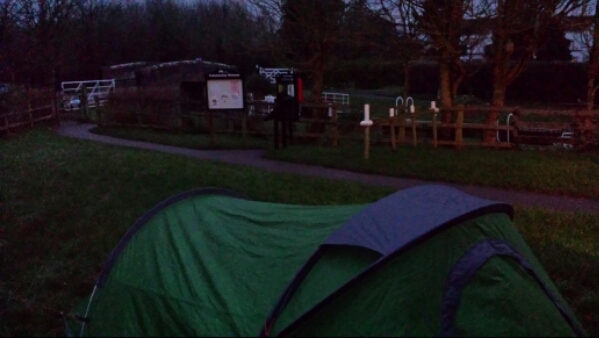