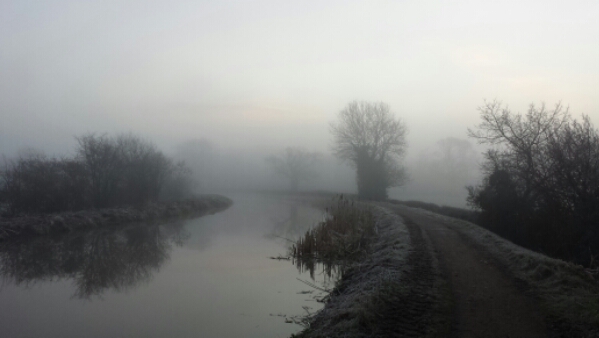 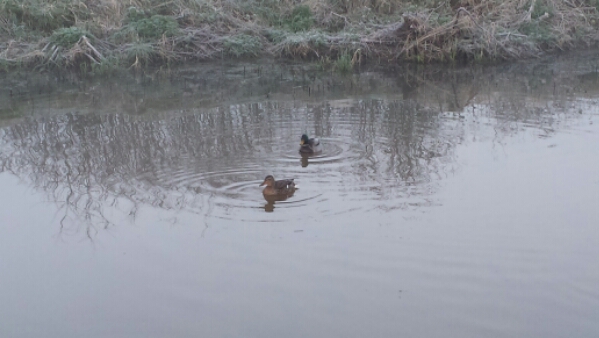 The mallard ducks were a bit miffed as they had to move out of our way as we walked by. The morning was incredibly still, the mist slow to clear but eventually the sun came through and competed for the rest of the day with clouds. Plenty of history on the canal. Walked by some old lime kilns. 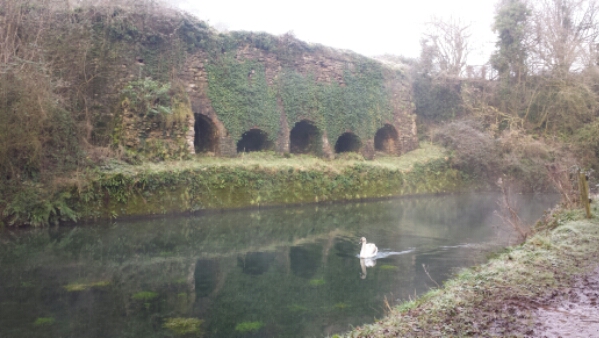 We were coming towards the end of the canal walk when we met Gerry out walking his dogs Tommy and Esme. He said he was in training for the London marathon – good luck Gerry. Gave him one of our flyers.
The end of the canal marked roughly the border between Devon and Somerset. The landscape changed from rolling hills to wide vistas. Lots of sky and today particularly wonderful cloud formations. 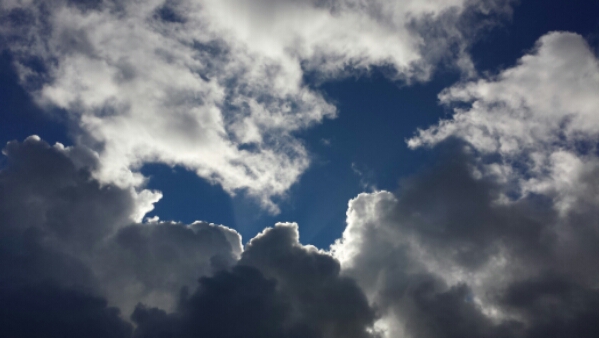 Made a mistake reading the map and walked up the wrong road. Met Richard whose company Fritzbitz restores old BMWs. He gave some stickers and advised the best way to go – thanks Richard. We walked uphill then turned off onto a quiet lane. One of those lanes with grass growing up the middle. Lovely views again. 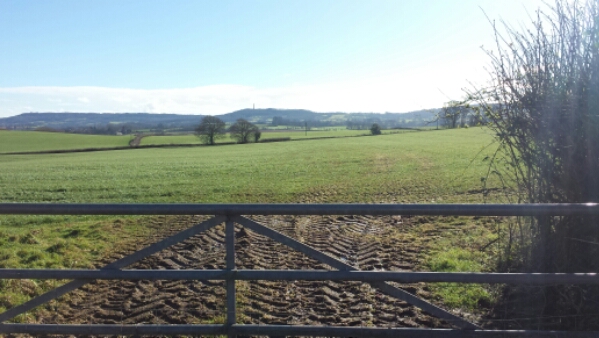 We walked to Holywell Lake and found the Holywell Inn looking forward to a rest and maybe a cuppa. Then we saw the sign – closed until 12th February! 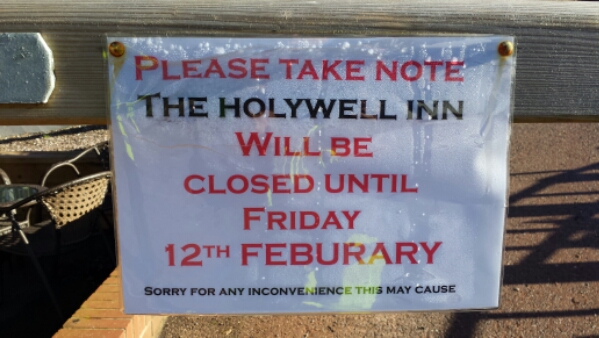 Ah well! Onwards yet again up another hill. Took a break by a farmhouse for 5 minutes then carried on. Met a lovely lady who told us that the pub in the next village was a good country pub. We walked a little longer and came to the village of Langford Budville. We met a young couple out for a walk – Steve and Marylyn. We chatted about our walk and theirs and gave them a flyer. The Martlet pub came into view and it was open – yay. We ordered our usual pot of tea for two and relaxed by the log fire. 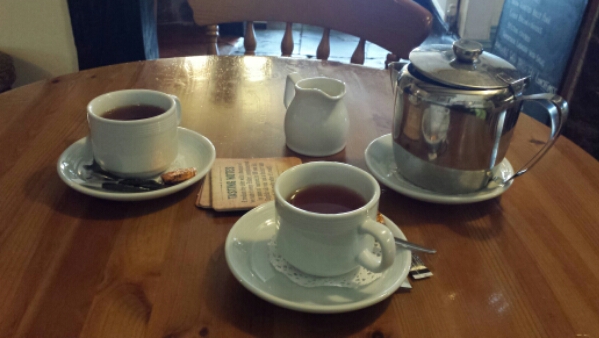 We were made very welcome and stayed for a beer too. Everyone was interested in our walk and several donations were made. Our thanks to Nathan Hards, Bill Seymour, Barrie and Pam Taylor and the landlady Trina.
Reluctant to leave a warm friendly pub we needed to find a place to rest our heads for the night. We headed towards Hillfarrance, a further 5 miles on. Met Carin who recommended the Anchor Inn just a little further on – she recommended the homemade pies too. We arrived at 5pm but the pub didn’t open until 6pm so we waited in the pub garden until someone noticed we were there. “Are you OK?” we were asked. After explaining who we were and that we needed a place to camp for the night we were directed to a small field at the side of the pub. The tent was up in no time – it still had ice on it from this morning! At last we had a place to stay for the night. We wandered over to the pub which was just opening and I had a beer and Dave a cider. We also enjoyed a tasty meal. Carin was right – the pies are amazing! 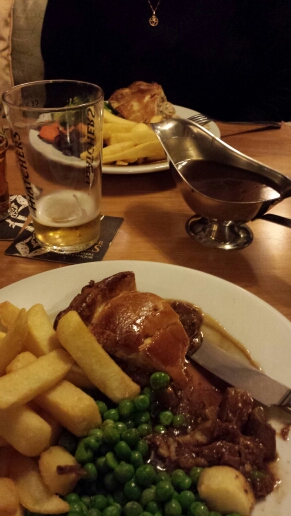