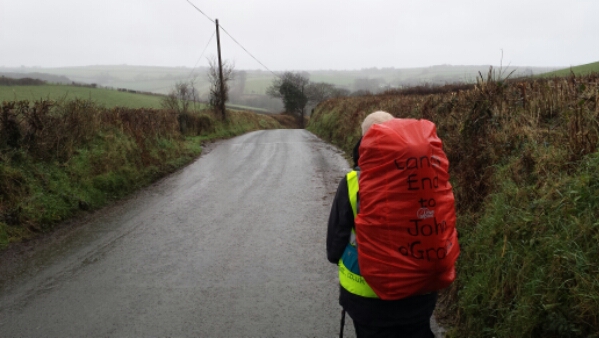 Great walk today. Skies still a bit grey but mild again. Walked to Mount where we met Ross Harrison who gave us good advice on the best route to Minions – our planned destination for the day.

A day of ups and downs, the sound of thrushes, and wild flowers coming into bloom. Walked down a steep hill into St Neot. As is our habit, we took a look around the parish church which has some impressive medieval stained glass windows. 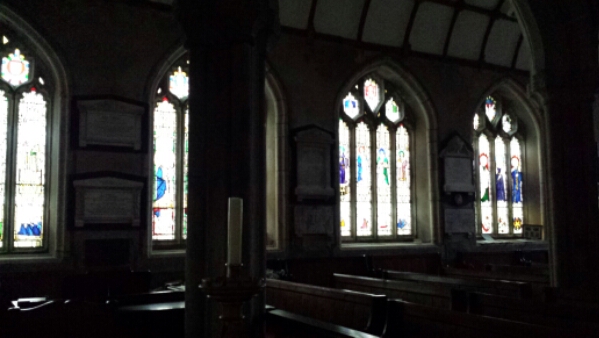 We had a steep climb out of St Neot then dropped down to the River Fowey at Treverbyn Mill.  We stopped for a break at a beautiful packhorse bridge. 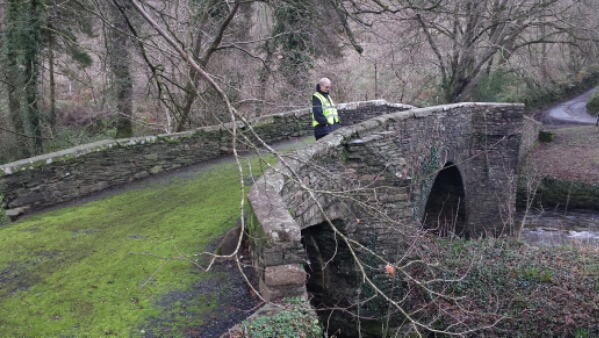 We lingered longer than we should have because ahead was a very steep climb up to Higher Trengale. A double arrowed gradient on the Ordnance Survey map. I made it up to the top of the steep climb without stopping but Dave made some excuse about taking a photo half way up 🙂 A mile further on we reached the top of the hill where we came to a Cornish monument called King Doniert’s Stone.

We crossed over a cattle grid to common land with wild ponies and local sheep. Climbed higher and higher until we reached the village of………….Minions! We couldn’t resist a selfie 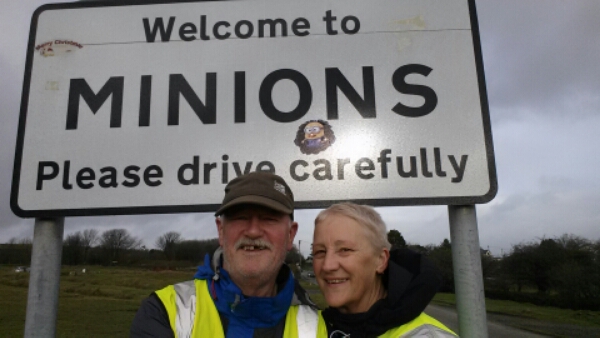 The best bit of the day was when we entered the Cheesewring Hotel. Four men at the bar all turned and looked at us and gave us a cheery welcome. “Come in and sit yourself down. Where have you come from?” We had a lovely chat about our journey and within five minutes had received several donations. Thanks Tug Wilson, Pete Walls, and Glenn Reeves. “Where are you staying tonight?” was the next question. Peter Wilton, a retired farmer kindly offered us a corner of one of his fields. After a bit more discussion amongst themselves and with the landlady,  Marcia, they said it might be better to camp round the back of the pub. Needless to say, we thought that was a great idea. We chatted with Tug for a while, a long while cos he had a lot of interesting stories to tell. 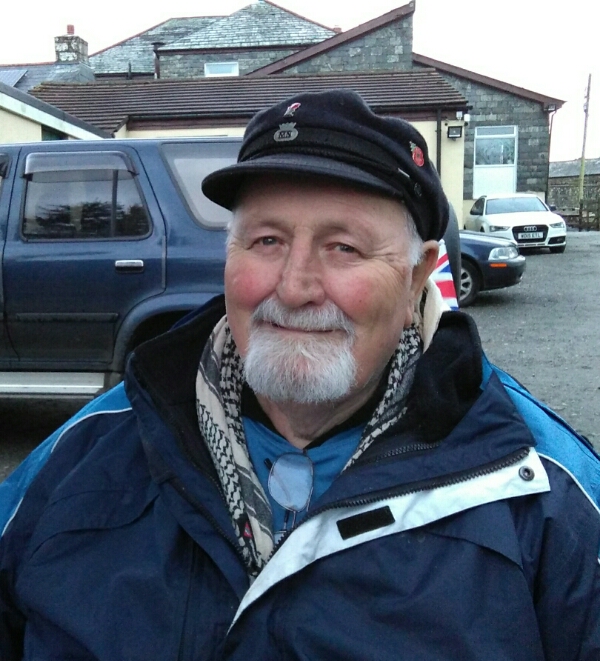 After beer had been taken it took no time at all to get the tent up – practice makes perfect! Back in the pub and Marcia suggested a pot tea for two. Yes please! 🙂
How much, no charge. Thanks Marcia. An act of kindness is never forgotten. 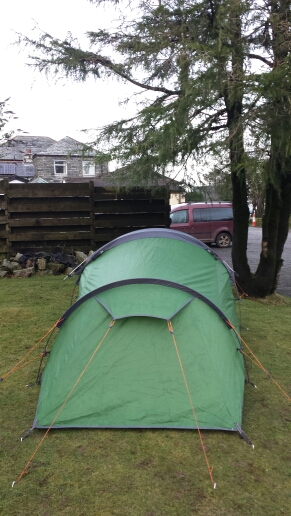 We had only eaten fruit and a cereal bar today so decided to treat ourselves to a meal. We both had liver and onions and couldn’t resist the chips too! 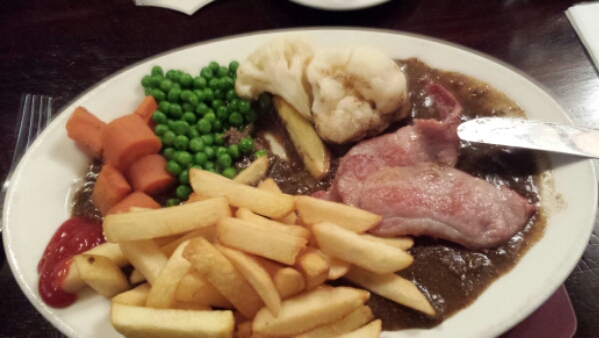 What a good day.