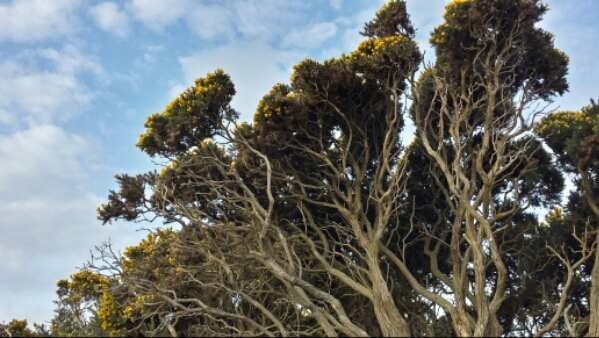 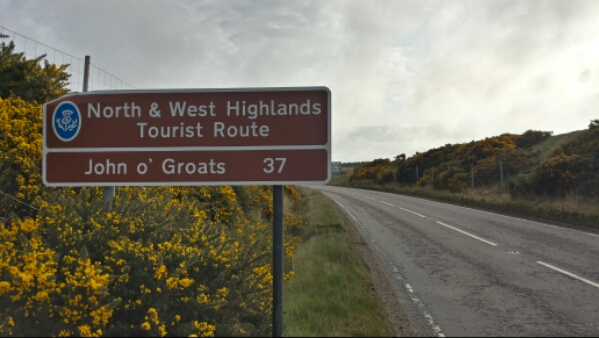 Just after we left Melvich we saw a welcome sight – a signpost saying John o’Groats 37 miles. We are on target to finish our walk on Monday – yay!
We have booked two nights b&b at the Seaview Hotel, John o’Groats in celebration. 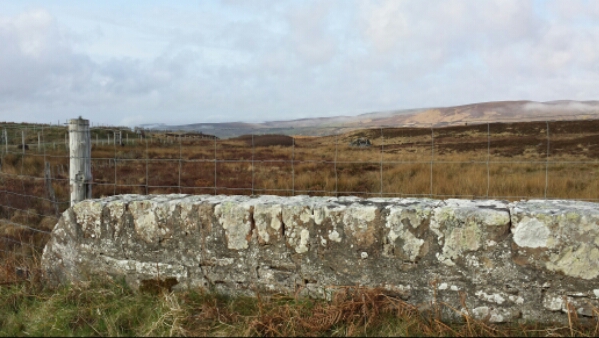 The landscape became more wild, fields gave way to moorland again. We saw deer in the distance and heard cuckoos again as well as curlews and skylarks. 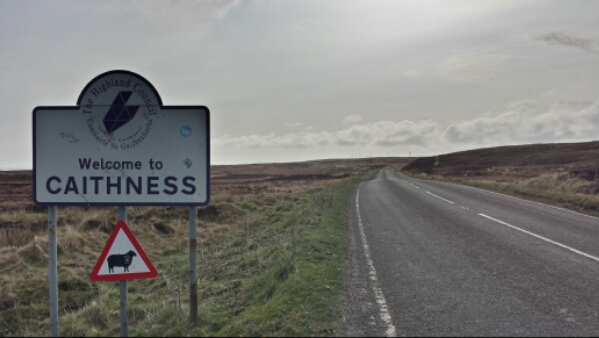 We left Sutherland and entered Caithness and we could see the Nuclear Power Development Establishment of Dounreay in the distance. 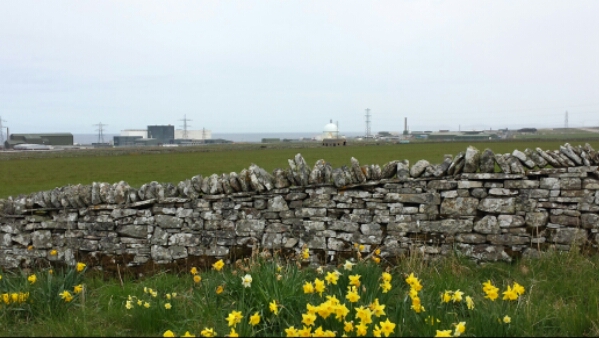 James Innes stopped his car to give us a donation – thanks James. Shortly after we had a lovely surprise. A car slowed down and pulled over to speak to Dave – I was walking ahead. The window was wound down and a familiar voice said “Hello!”. It was my mum’s youngest brother Chris. He had driven up from Gloucestershire yesterday. So good to see you Chris. We walked on until we could have a proper chat. We said we were due for a break at a village called Reay so arranged to meet him there. It was another 30 minutes walk. 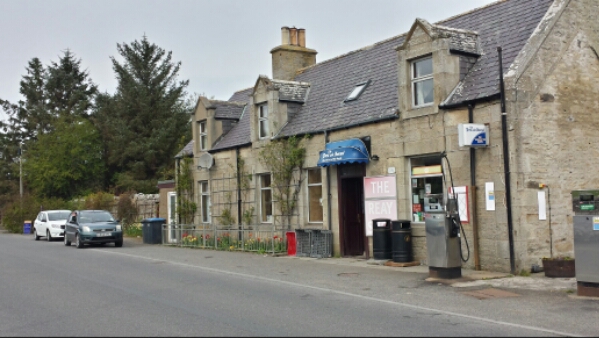 We were happy to see that the Reay village shop had a picnic table to the side so we sat and chatted with Chris and shared a carton of orange juice. We arranged to meet up later for a cuppa. 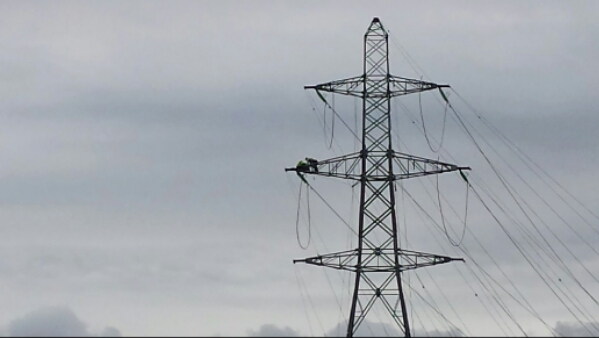 After leaving Reay we saw some men working high up on a pylon – part of the Dounreay overhead line construction. Rather them than me! 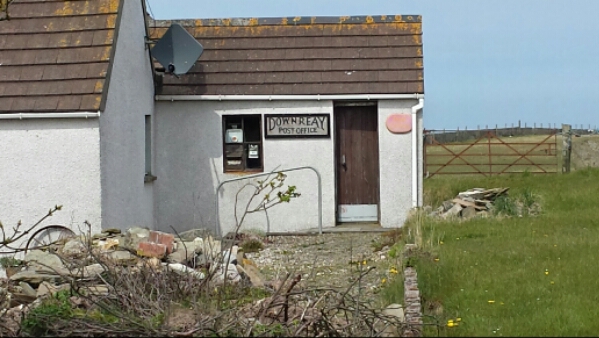 A little further on we saw the tiny Dounreay Post Office – we weren’t sure whether it was still operating though.
We noticed that most of the fields around here have unusual “fencing”. 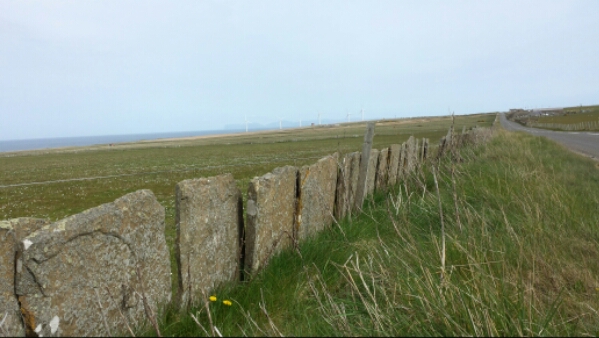 Large upright stone slabs – a common material hereabouts. Most of the old cottages are built with the same stone as are the roofs too. 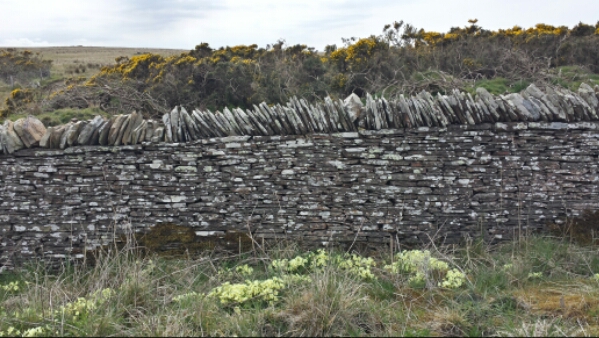 We had arranged to meet Chris at the Forss House Hotel for a cuppa. Just before we got there, a lady stopped her car to speak to us. She had seen us earlier and had bought us an ice cream each and she also gave a cash donation for Macmillan – her name is Deidre and apparently the Dounreay Post Office is still open because Deidre’s family have run it for the last 100 years! We hope it stays open for a long time to come.

We had a longer day’s walk today as we were aiming to get to Thurso which would then give us less miles on Sunday and Monday to reach our goal.

We saw Thurso in the distance – a welcome sight, and we arrived at the campsite around 4.30 pm. There was a Lidl over the road – handy!! Supper cooked by Dave – pasta and meatballs in a rich tomato and mushroom sauce with seeded bread rolls and a bottle of Merlot – thanks Dave (and Lidl!) 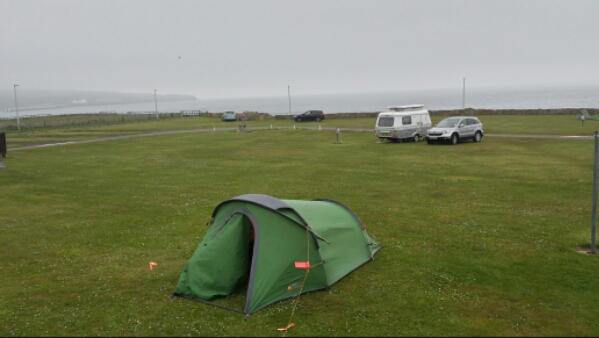