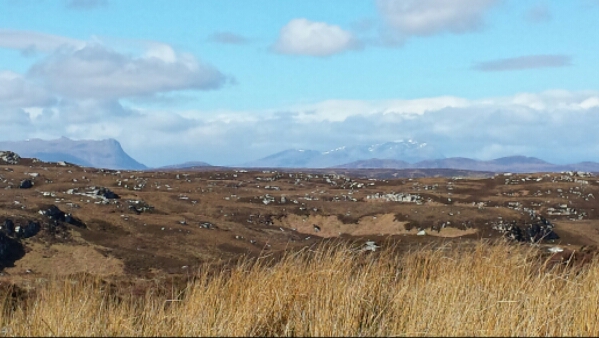 We said goodbye to Detlef from Dortmund in Germany who camped near us last night and is motorcycling around Scotland for 3 weeks.
It was a very steep climb out of Bettyhill but the road was wide and the few cars that came by gave us plenty of room. After quite a climb for 2.5 miles we reached a viewpoint which looked back towards mountains and valleys that had been the backdrop of our walk over the last few days. 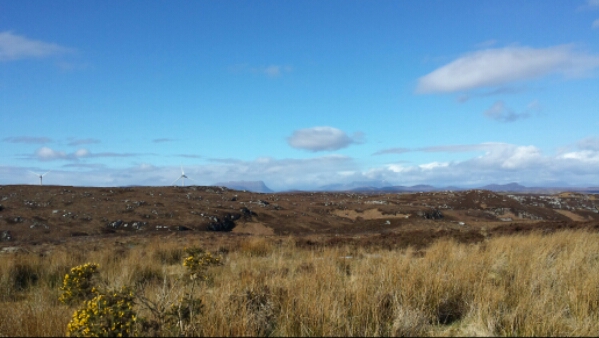 Soon after, a tour coach drew into the lay-by and out came a group of Dutch tourists from Amsterdam. One of the party, Diane, (she is English but has lived in Amsterdam for a number of years) introduced herself and as she spoke perfect Dutch was able to explain about our adventure to the others on the coach. Thanks Diane and we hope you all have a great holiday. 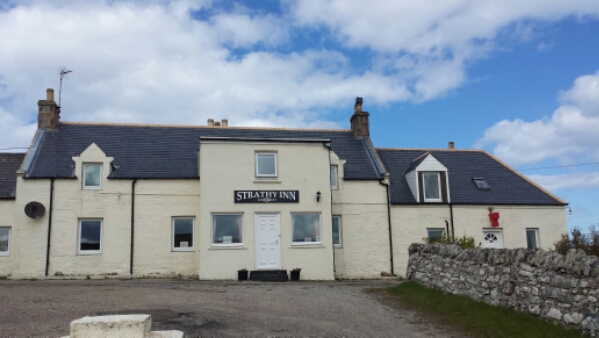 A few more miles along the road we came to the outskirts of Strathy and the Strathy Inn. We were disappointed to find that it wasn’t open until 6pm. We knocked on the door to ask for some water to brew ourselves a cuppa and Heather filled our bottles and brought us out a lovely pot of tea for two. We sat outside on a bench and enjoyed our tea in the afternoon sun. When Heather saw that we were walking for Macmillan she didn’t charge us – we have put the money into the Macmillan fund – thanks Heather. Tea drunk and well rested we started on our way again. 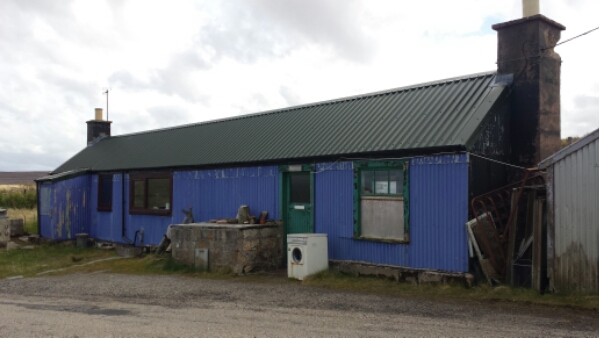 50 yards further along the road we saw an amazing cottage and took a photo. As we walked past, a window opened and a voice said “Where are you going?” “John o’Groats ” Dave replied “You look like interesting people – would you like to come in for a chat?” was the reply. We spent the next 45 minutes chatting to Muz. Such an interesting person. He told us that his dad was parachuted into Arnhem during the war.

He recited poems to us and also asked us to put on a hat and have our photo taken. His favourite saying is – “Is it nice to be important or is it important to be nice?”
Reluctantly we had to leave as we had quite a distance to cover. We left promising to send him the photos we’d taken.
We were stopped again a little further down the road by Stan and Grace who are in the UK on holiday from Bahrain. They had driven past us and turned back especially to speak to us. They were interested in our walk as they had driven around Cornwall before coming up to Scotland. They gave us a donation too – thanks both, lovely to meet you and hope you enjoy the rest of your holiday. 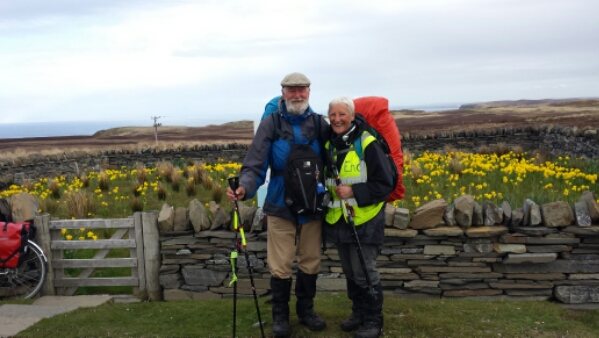 A viewpoint was our next stop where we were able to have a good rest. We met cyclists Pete and Pam from Oxford who had just started their John o’Groats to Land’s End trip and were heading for Bettyhill – we warned them about the hills on the way! Lovely to meet you both and we hope that you have a wonderful journey. As we left the viewpoint a man stopped his car to give us a donation and we are assuming that it is in memory of his wife Gillian – thank you John. 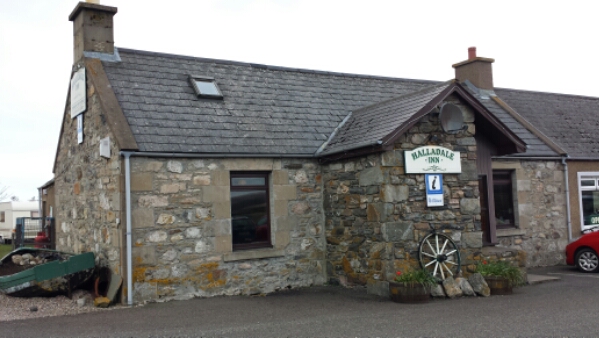 We reached our destination – the Halladale Inn around 5.30 and Ian, the landlord booked us in and told us where we could camp. Lee and Elie gave us a donation as we sat down – thanks both. We had a pint of beer each then we pitched our tent before returning to the pub for a meal and a pub quiz evening. 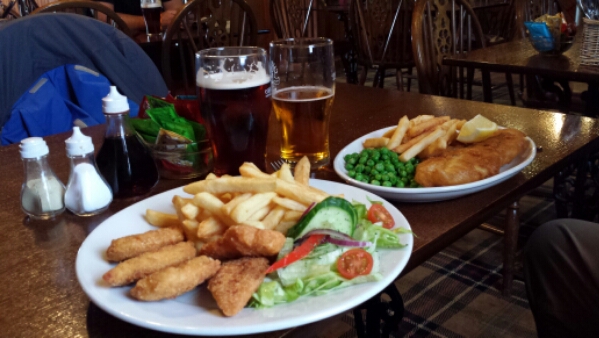 We had a lovely meal. We sat next to Paul who was a cyclist from Stone in Staffordshire and he gave us a donation – thanks Paul. Unlike us, he sensibly didn’t stay for the quiz! The quiz was in aid of the Melvich Youth Club and the questions were posed by Heather. Her daughter Kyla and grandson Rowan were helping too. We had a lovely evening – thanks everyone. Needless to say, we didn’t win!