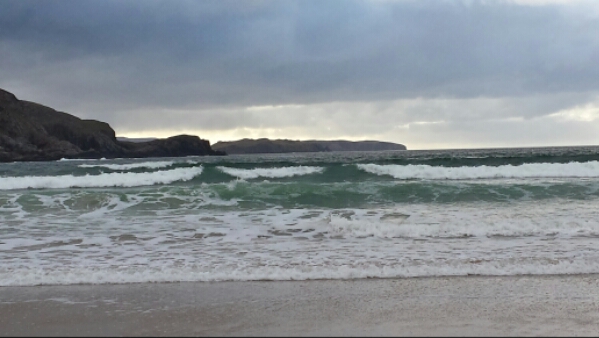 Linnet saw us walking back up the field and came out to wish us well – she filled our water bottle for us too – thanks Linnet. 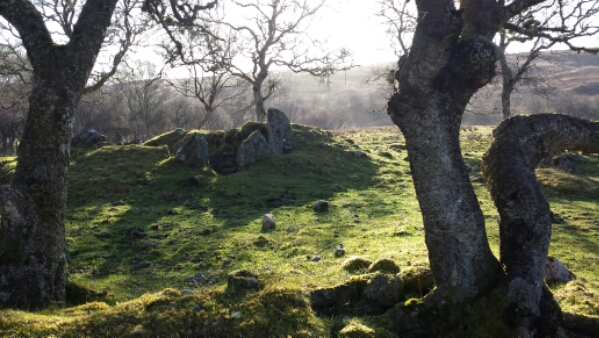 Onwards we walked along Strathnaver. Before long we saw “The Home of The Red Priest”. Originally thought to be the dwelling place of a priest in the 8th or 9th century, the structure is the heavily robbed remains of a Neolithic burial chamber. 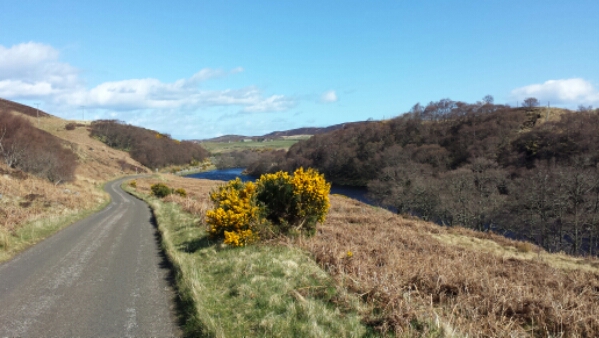 The road, although it followed the river Naver down to the sea at Bettyhill, it was anything but downhill in places. It roller coasted it’s way up and down. 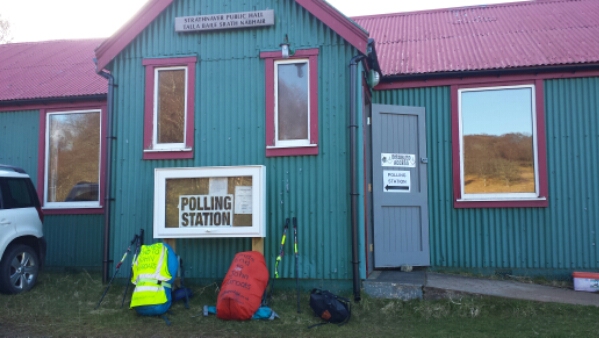 Soon we reached the Strathnaver Public Hall and being the 5th May it was polling day. Beside the hall was an interesting plaque commemorating an event that took place in 1800 – “The first gathering of men of the 93rd Sutherland Highlanders.” 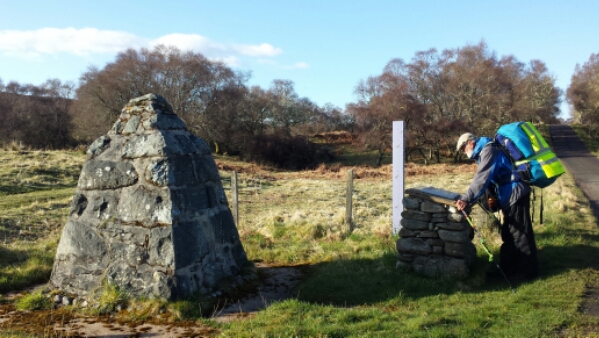 The valley widened and we saw more smallholdings nestled in the hillside with fields of grazing sheep.
Eventually our road met the A836 coast road. 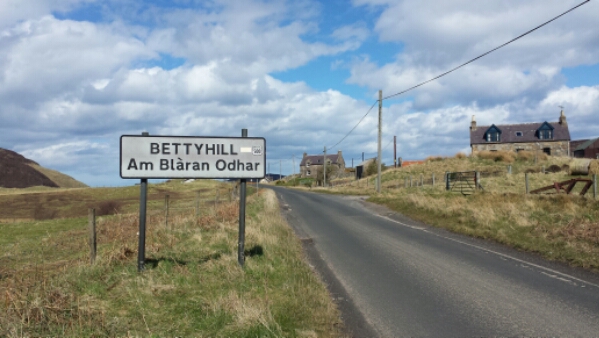 Our destination today was Bettyhill and as the name implies it was at the top of a hill! We had a steep climb made worse by the buffeting 40 mph winds that came from the South West. 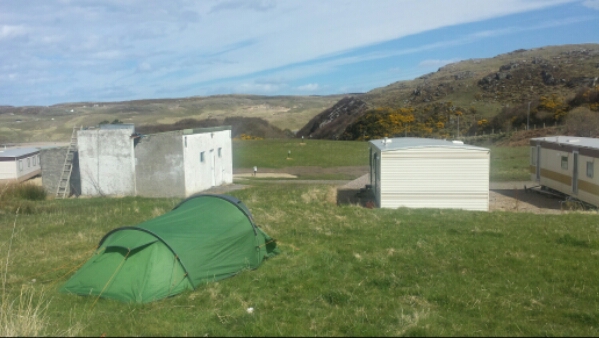 We arrived at the campsite around 3pm – tired and windswept but happy that we’d at last reached the north coast of Scotland. Bacon sandwiches for supper and a walk along the beach.