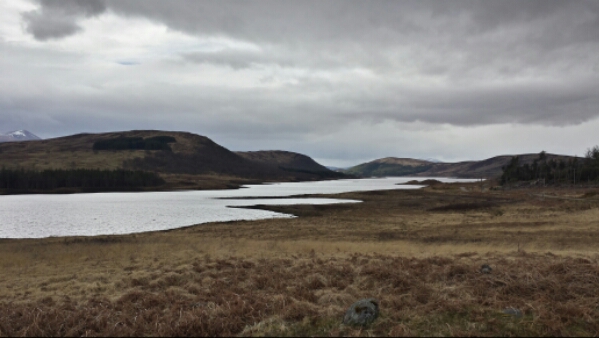 Breakfast was delicious. We had the usual cereal followed by a cooked breakfast then toast. Two pots of coffee too! Dave retrieved our clothes from the drying room and we got everything packed and went downstairs to the lounge where we were able to use the WiFi. I uploaded our blog for yesterday and we chatted to Daniel whose mother, Debbie, manages the hotel. We left the hotel just after 11am. We had a lovely stay and thanks to Debbie and all the staff for making our stay so pleasant after such a stormy day yesterday. 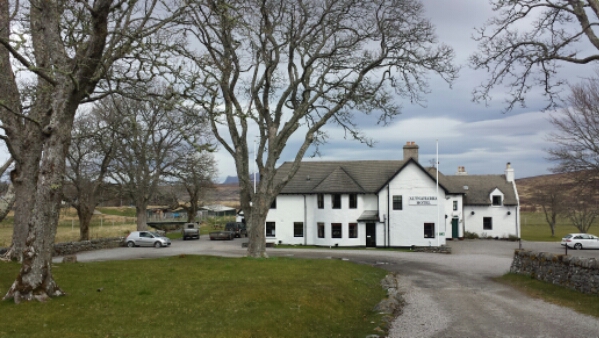 Although the wind was quite gusty we had no rain thank goodness. We walked along the road out of Altnaharra and turned right towards Bettyhill. 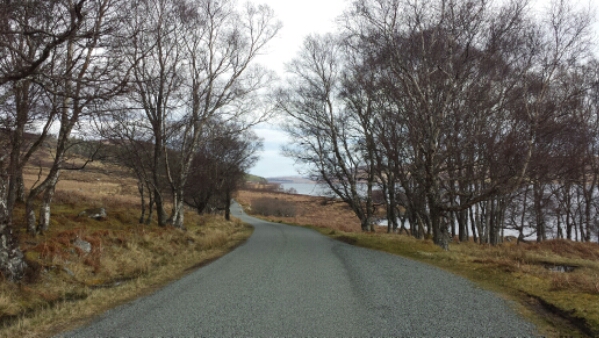 We were following the Strathnaver Trail – a historic trail which tells the story of the highland clearances in the 1800’s plus earlier prehistory too. The single track road runs along the edge of the loch for several miles. Just after we started walking along the loch we heard and then saw an aircraft flying low along the loch. 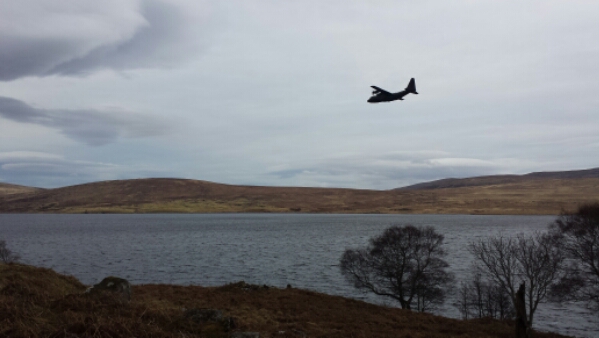 Does anyone knows what it is? 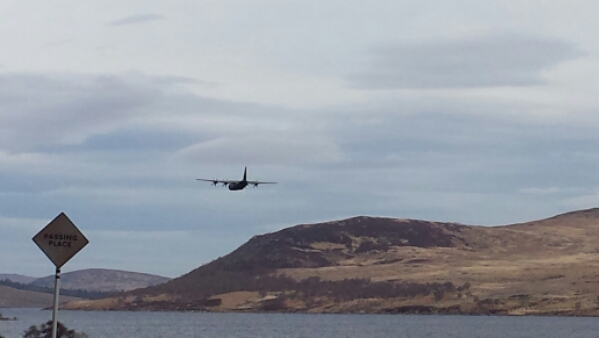 The wind whipped up the water on the loch making it look quite choppy and, on the whole, the walking was fairly level making the going easy. 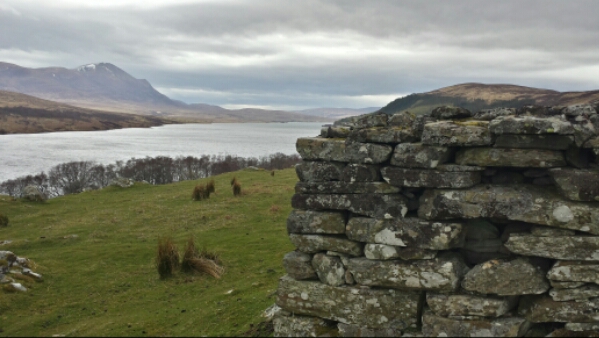 We came to Grummore, one of the pre-clearance villages which, together with Grumbeg, would have housed 32 tenant families. There is evidence that people had lived in the area for a long time because nearby can be seen the ruins of a broch on the shore of Loch Naver dating from between 100BC and 100AD. 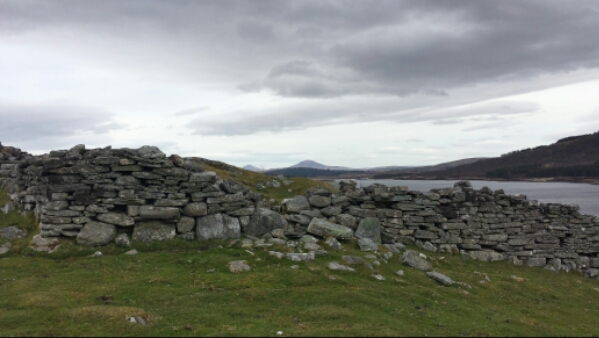 We followed the River Naver as it flowed northwards out of Loch Naver towards Bettyhill. 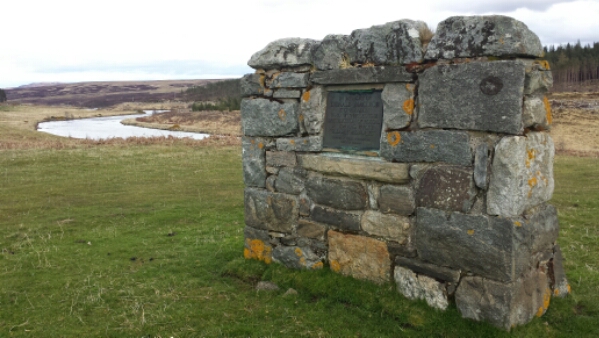 Just off the road there is a memorial plaque for Donald Macleod, a stonemason who witnessed the destruction of Rosal in 1814 and wrote “Gloomy Memories” – a collection of letters written protesting against greedy landlords. Rosal was yet another settlement cleared to make way for vast herds of sheep which were more profitable for greedy people who already had more money than they needed.
We stopped to buy some free-range eggs from a smallholding – £1 per box, a bargain! 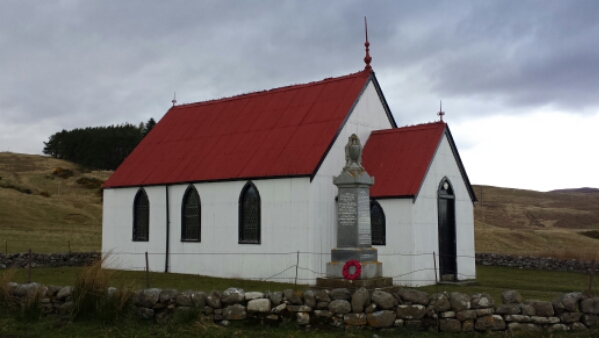 Soon afterwards we came to Syre where we saw a pretty tin church which was open so we went in for a short time. Very simple inside but quiet and peaceful.
We walked on for a mile or so looking for somewhere to camp. We saw three people who were just walking back up from the river after a day’s fishing. We talked for a while and gave them one of our flyers. A little further along the road we knocked on a door to ask if there was anywhere that we could camp. Howard and Linnet said we could camp in their field opposite – thanks both. We walked down and found a sheltered spot and got the tent up just before it started to spit with rain. Once more we were cosy and dry inside our tent. Omelette for supper – thanks Dave X 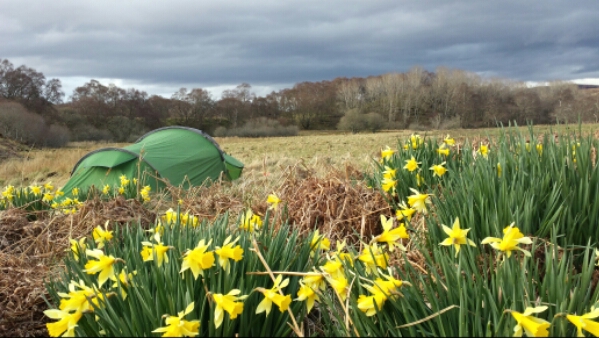