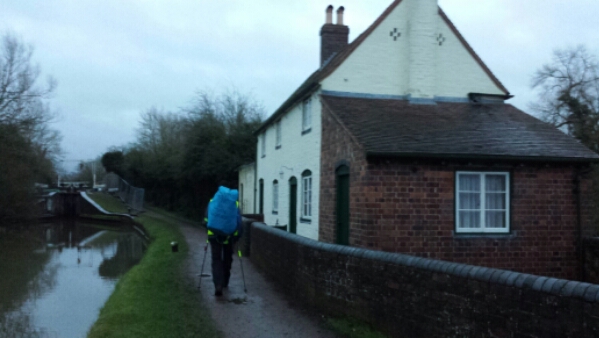 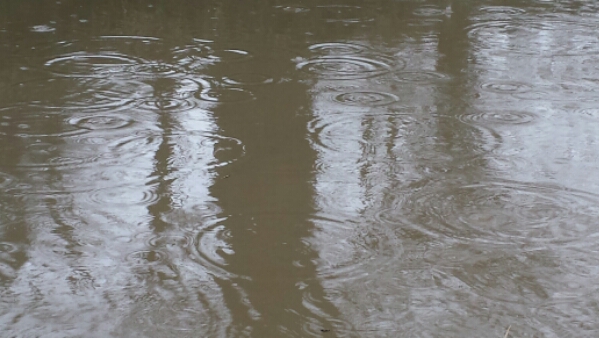 The morning was dominated by locks today – the longest flight of locks in the UK – 30 of them between Tardebigge lower lock up to Tardebigge top lock.
There was a lot of repair and restoration work being done on the canal in several places. It gave us a rare insight into the workings of the canal system itself and the amount of work involved too. 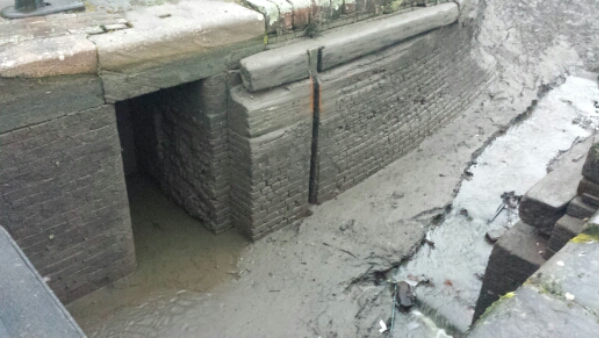 Some of the sections had been drained completely. 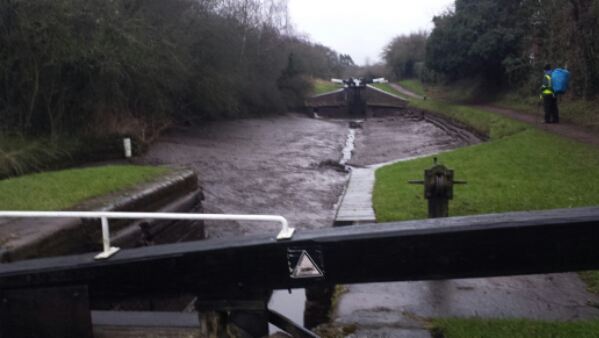 We reached Tardebigge top lock around 9.30 and we had to leave the canal at that point because of a long tunnel – we had to walk round. The path took us across a very busy dual carriageway which took some time to get across. 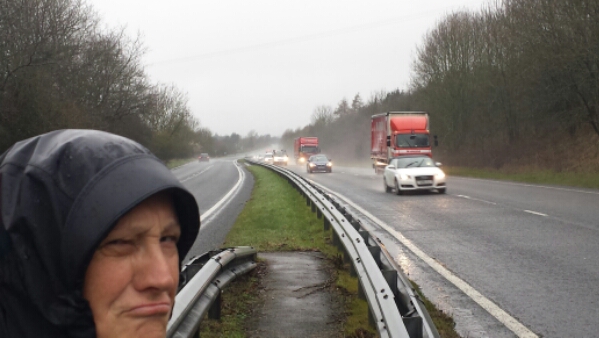 We eventually got across and made our way across a field then down a muddy path through some woodland until we got back onto the canal. 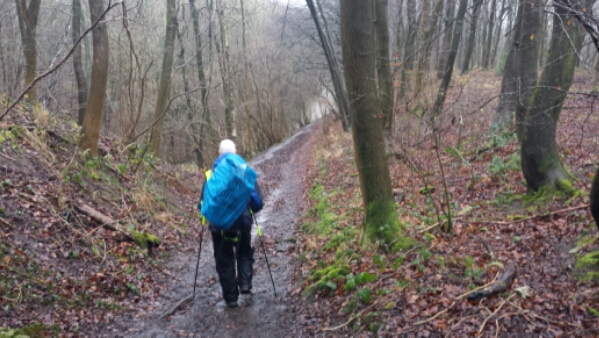 We stopped at a pub hoping to buy a pot of tea for two but unfortunately it didn’t open until 11.00am. We sat outside and Dave changed the battery on his phone and boiled some water for a hot drink. 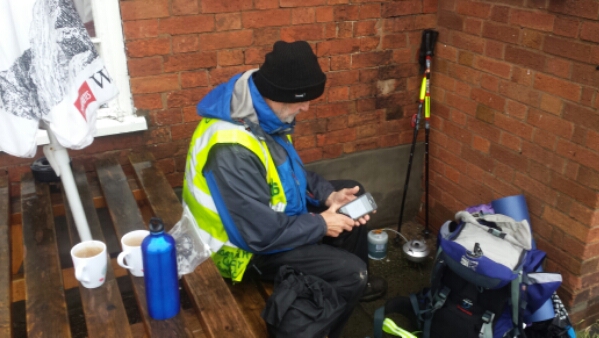 By that time the rain had stopped and the sun stated to peep out from behind the clouds. 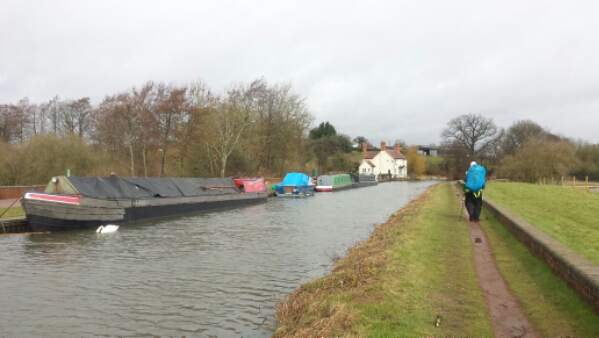 We had a pleasant walk along the canal until we came to the Hopwood House where we decided to stop and have lunch. 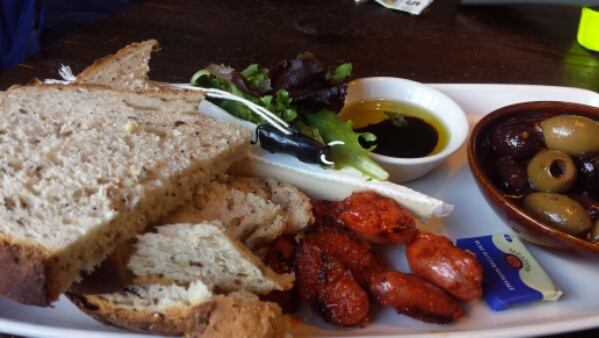 Fully refreshed we continued along the canal until we came to Wast Hills tunnel – 2.5 kilometres long. Again we left the canal. This time though we made our way towards the canal through a more built up area. We stopped for a short rest and we had a lovely surprise when a lady came out of her house and asked if we would like a cuppa. Thanks Diane for the coffee and cake. We made our way down through the housing estate and decided to follow the main road then make our way to the canal again. We were passing by RikFit tyres when we got chatting to Simon and we ended up spending a while talking about our walk and drinking coffee with Jamie, Ginger Bob, Bobby, and Simon. Thanks everyone. 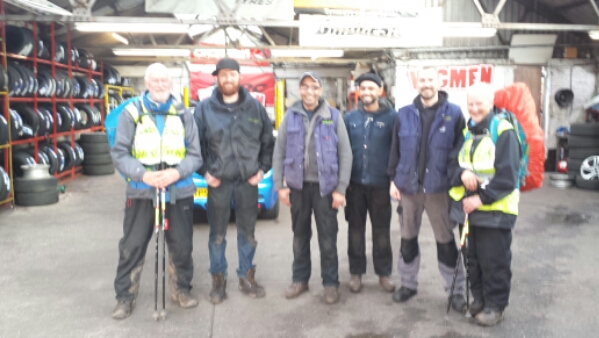 It wasn’t long before we rejoined the canal and met up with Dave’s cousin Diana who drove us to her home for the night. We had a delicious supper and a lovely evening catching up with family news. Thanks Terry and Diana.