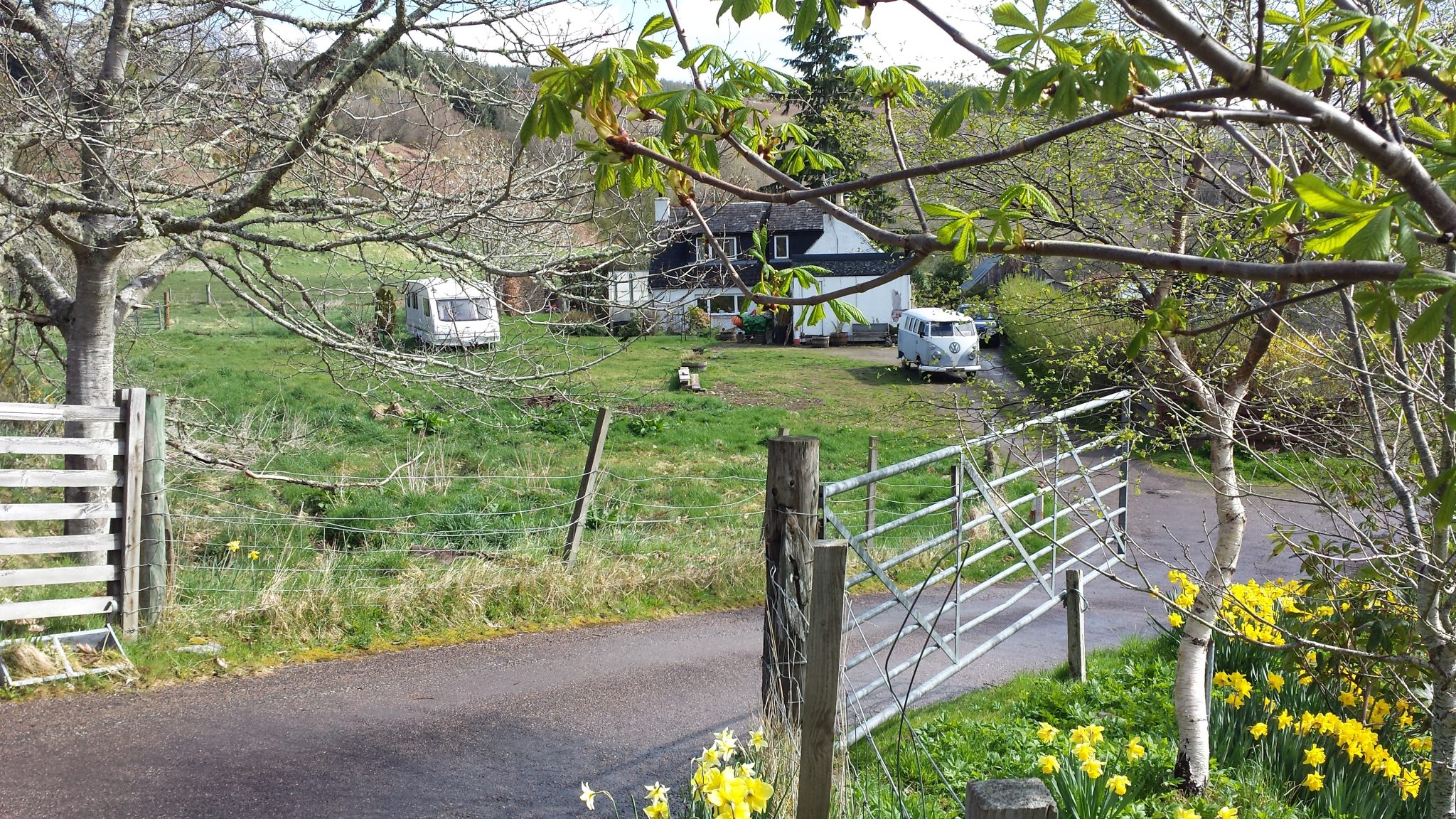 Friday 21st April 2017 – total 1122 miles.
After an amazing breakfast cooked by Janet, we said our goodbyes, promising to see her again in the future. That future came a little sooner than planned as the engine refused to start! I sat with Janet while Dave tried to get it going. I was relieved to hear the engine roar into life a few minutes later – phew!! Not sure what the problem was but we had no further difficulties thank goodness. 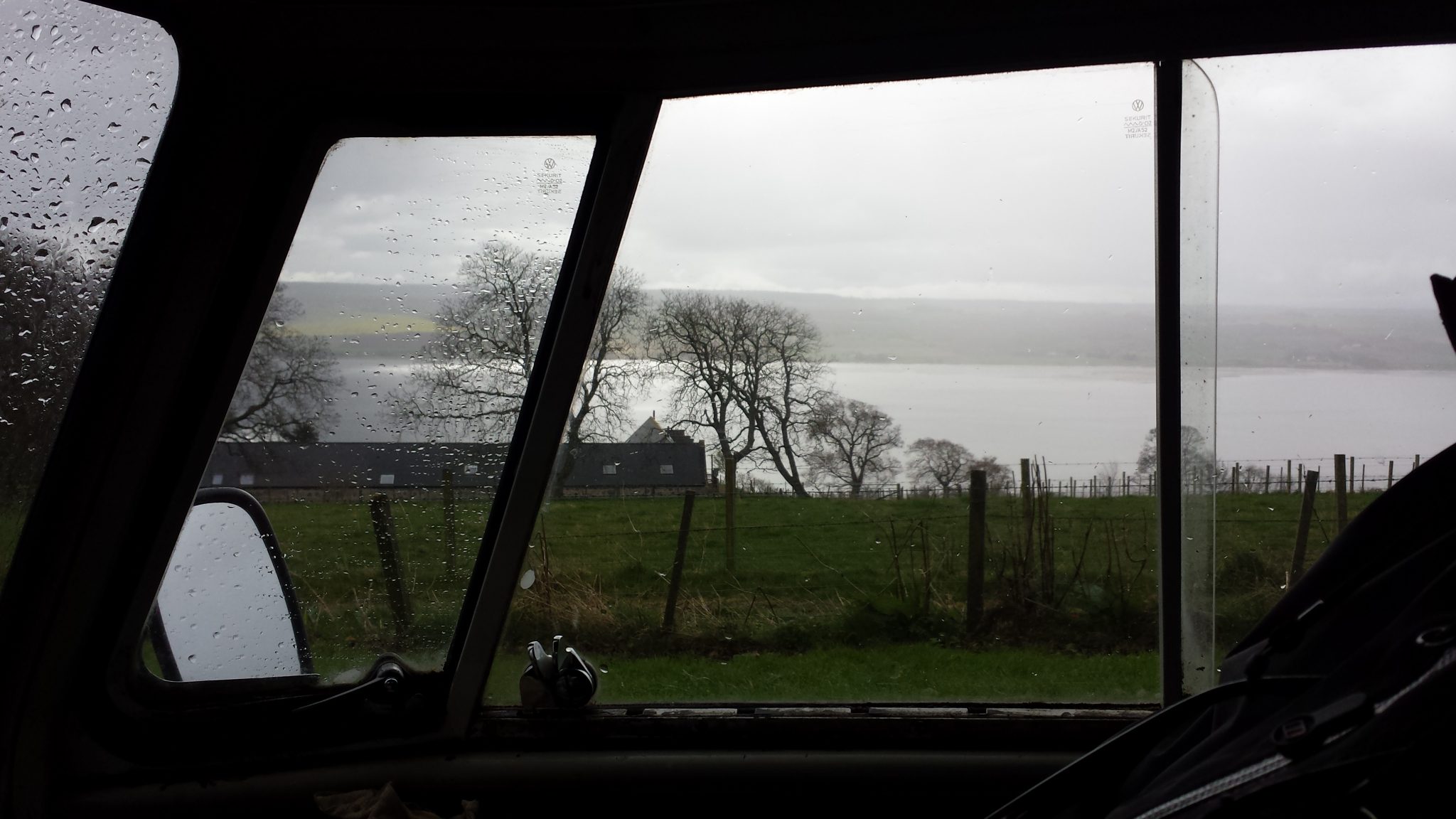 We headed northwards stopping to pop into the Co-op at Beauly to say hello to one of the staff – Susan.  She paid for our fruit and milk last year. Glad to see you again Susan and thanks again. On to Dingwall where we clocked up this journey’s 1000 miles, through Evanton and then left onto the B9176 where we stopped to visit Wendy who let us camp in her garden last year. 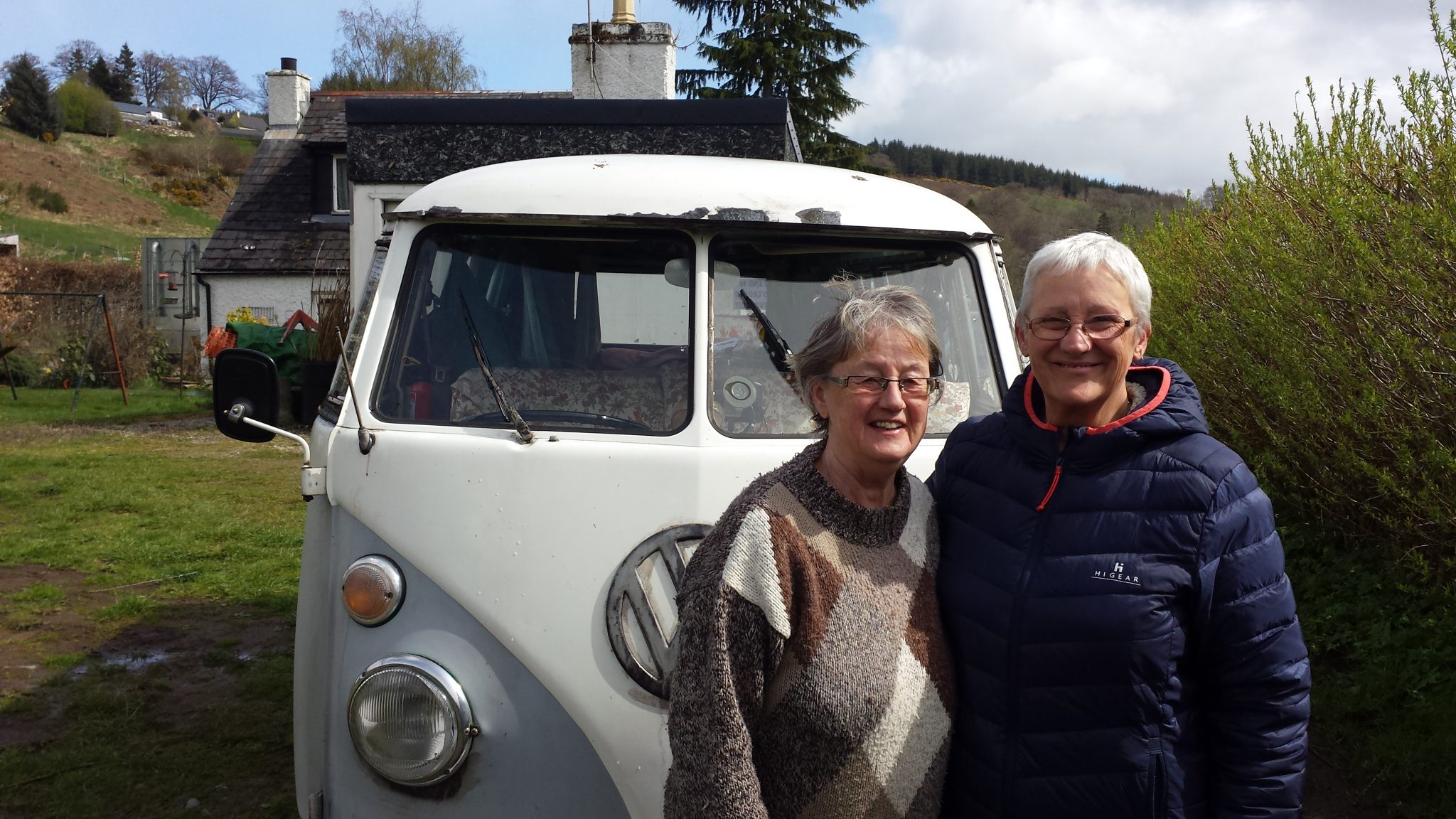 Lovely to see her again, we didn’t get to see Tim as he was away – sorry we missed you Tim. We will visit again. Wendy made us a coffee and we enjoyed a pleasant hour catching up.
From Wendy’s we drove through Bonar Bridge and Lairg along the A836. 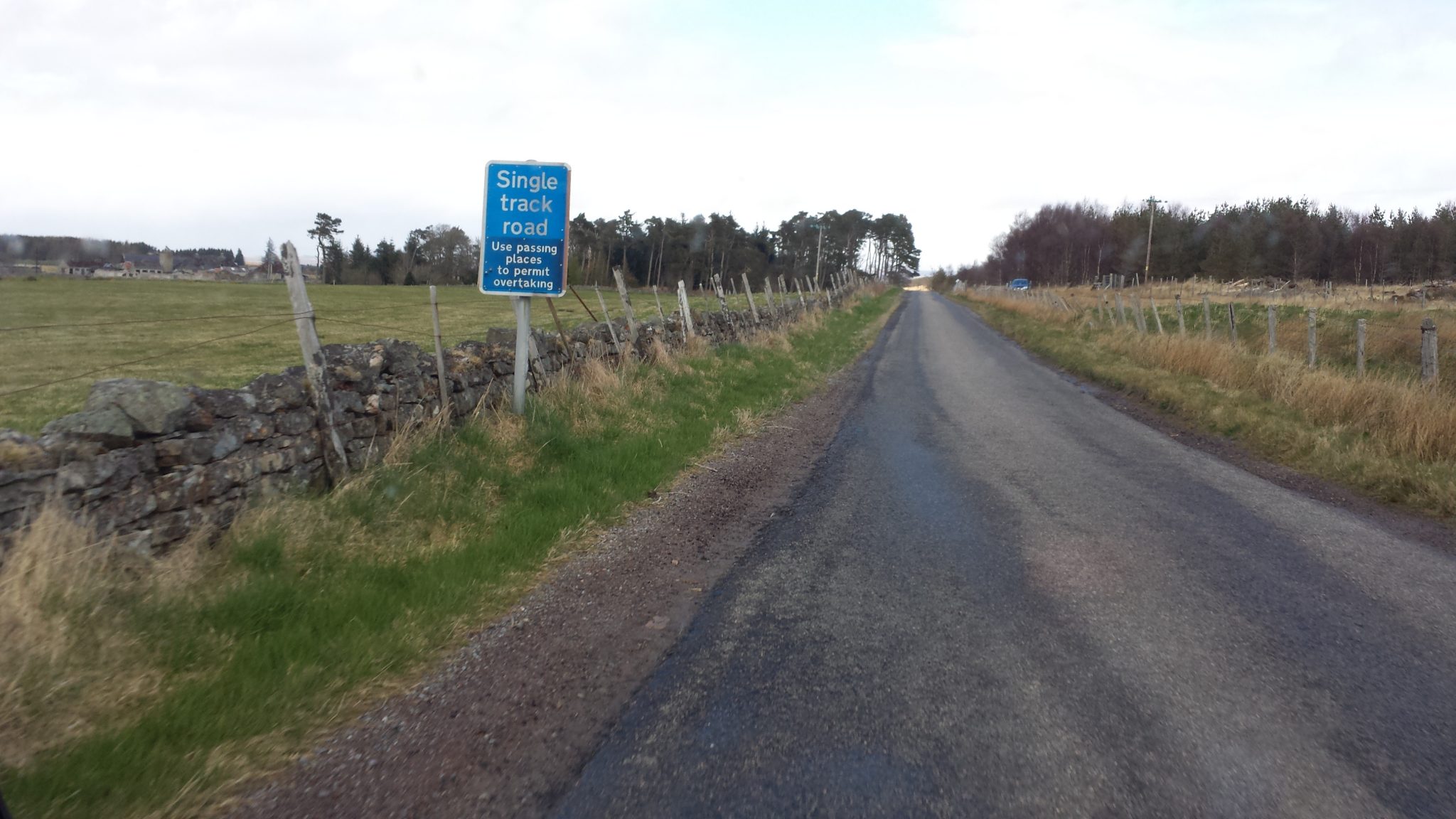 Despite being an A road, the road becomes a single track with passing places. 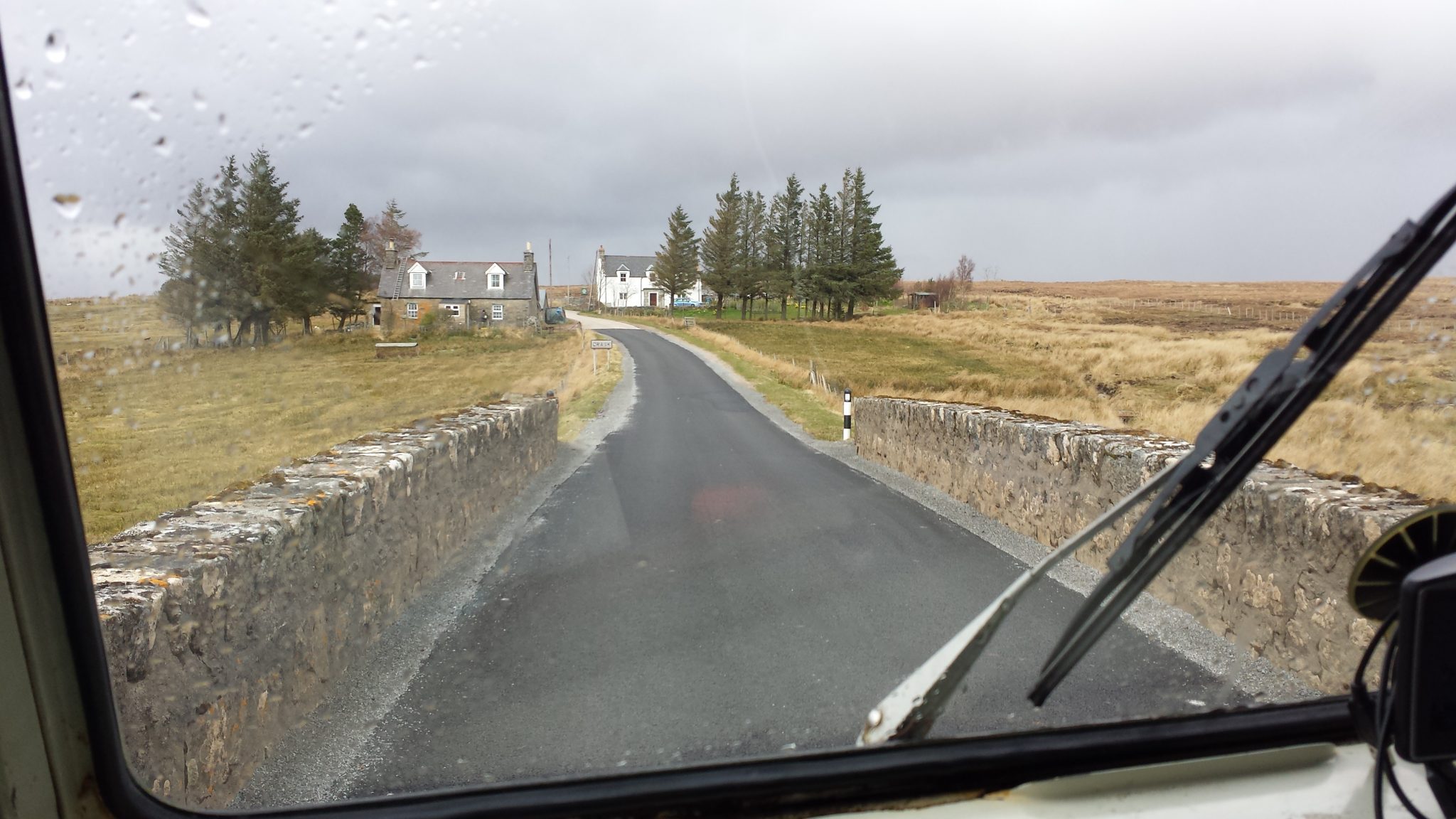 Sunshine and showers again today. We planned to stop for a short time at the Crask Inn to say hello to Michael and Kai. As we drew near we spotted them coming out of the cottage on the left. Michael was carrying a bottle of milk to feed his lambs as it is lambing time here. He told us that he and Kai have given the Crask Inn to the Kirk and you can still get a pint there. An era has gone now that Michael and Kai are no longer in charge. We wish good luck and happiness to them both. 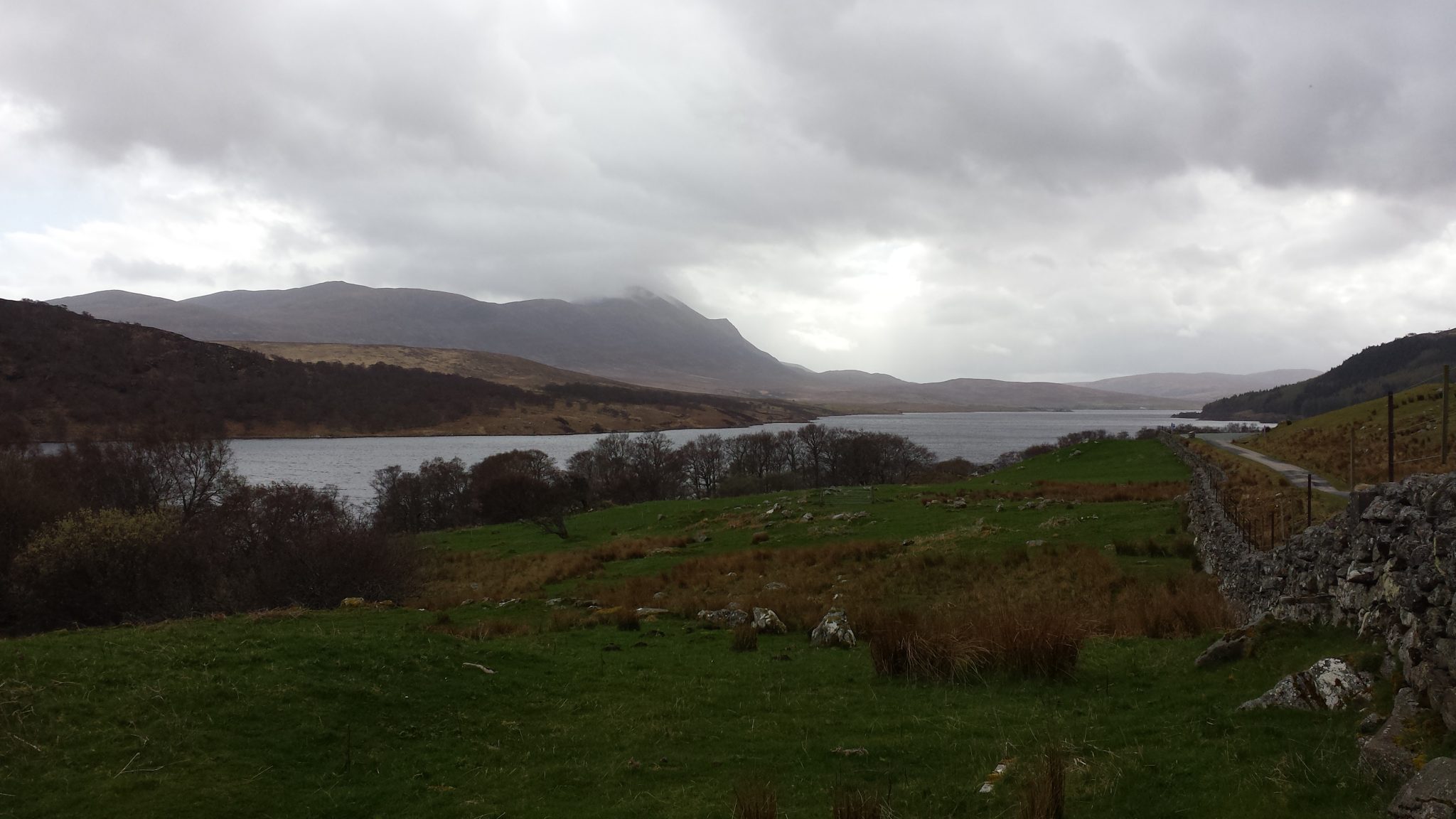 We drove on past the Altnahara Hotel and along the Strathnaver Trail lingering a while at the tin church at Syre built in 1891 by the Free Church of Scotland. 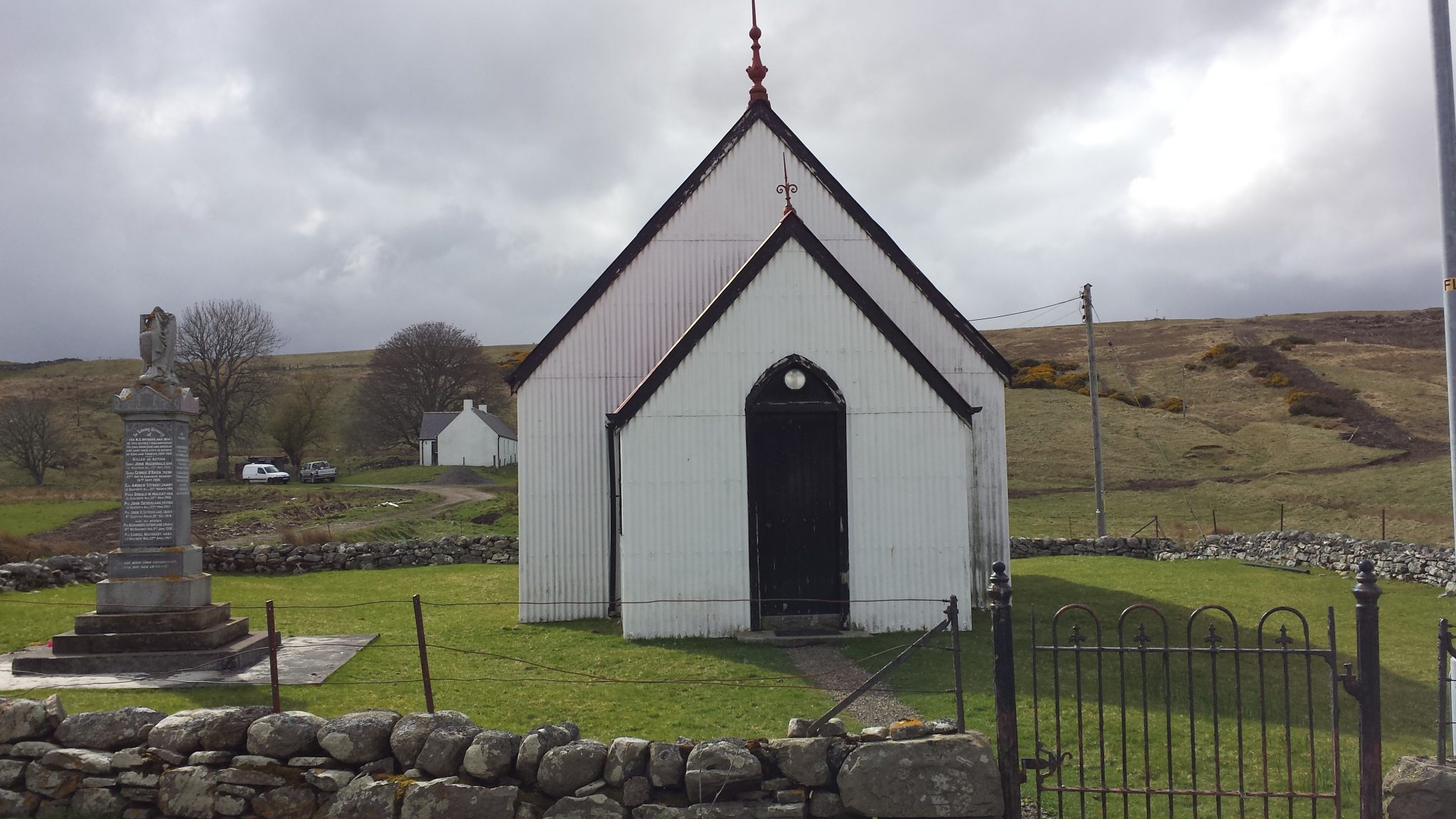 Bettyhill on the north coast was our next brief stop where we bought a few things for supper. 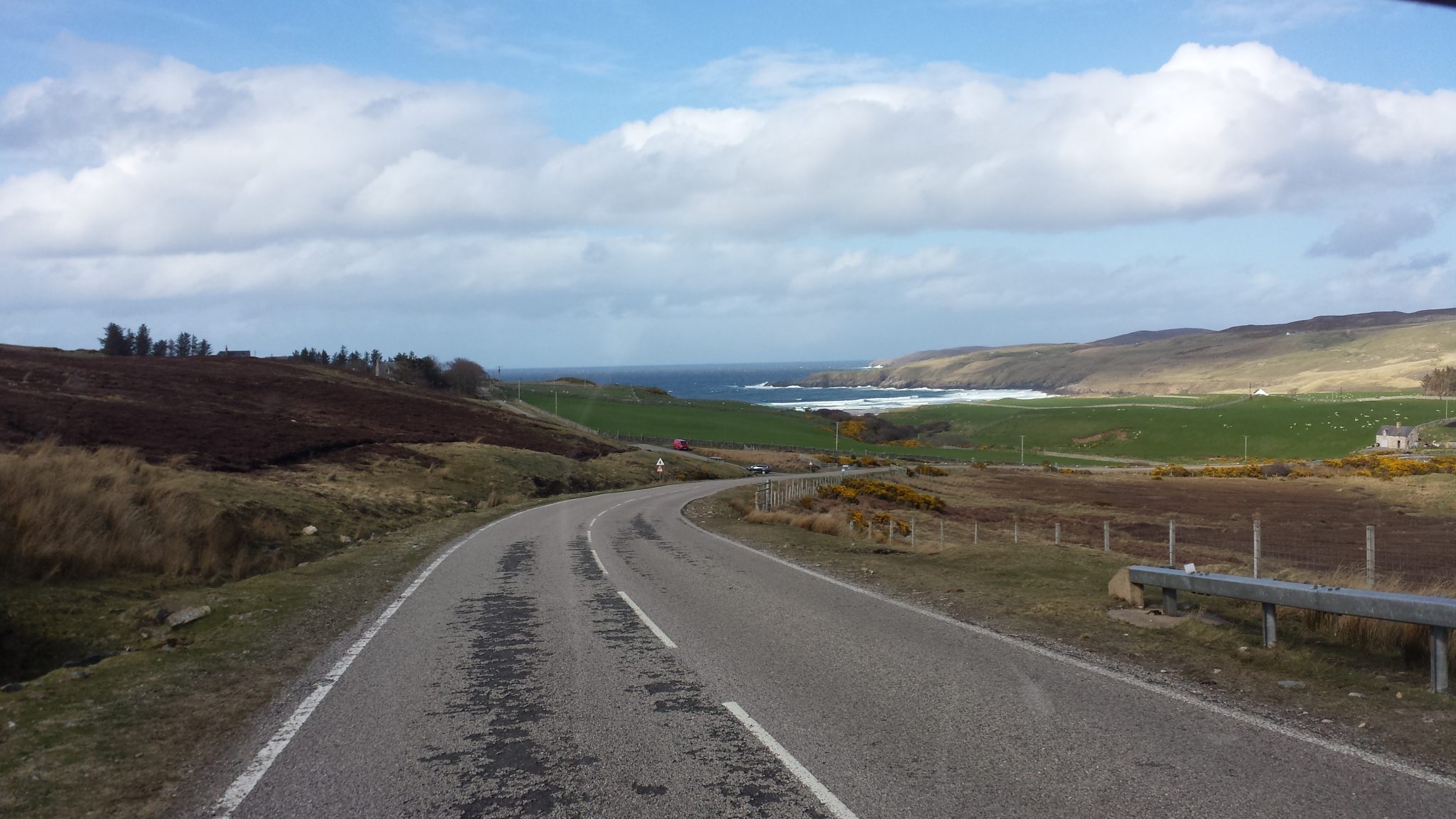 We couldn’t drive through Strathy without calling in on Muz. When we saw him last  year he called us into his home for a cuppa and a chat. He had some hats on a hat rack – a fez, a top hat and a crown. Dave took a selfie photo of the three of us wearing them. We said that we would return the following year with a hat. “Make it an interesting one” he said. So we did just that – he was pleased with his new hat!  Thanks for the hat Janet! 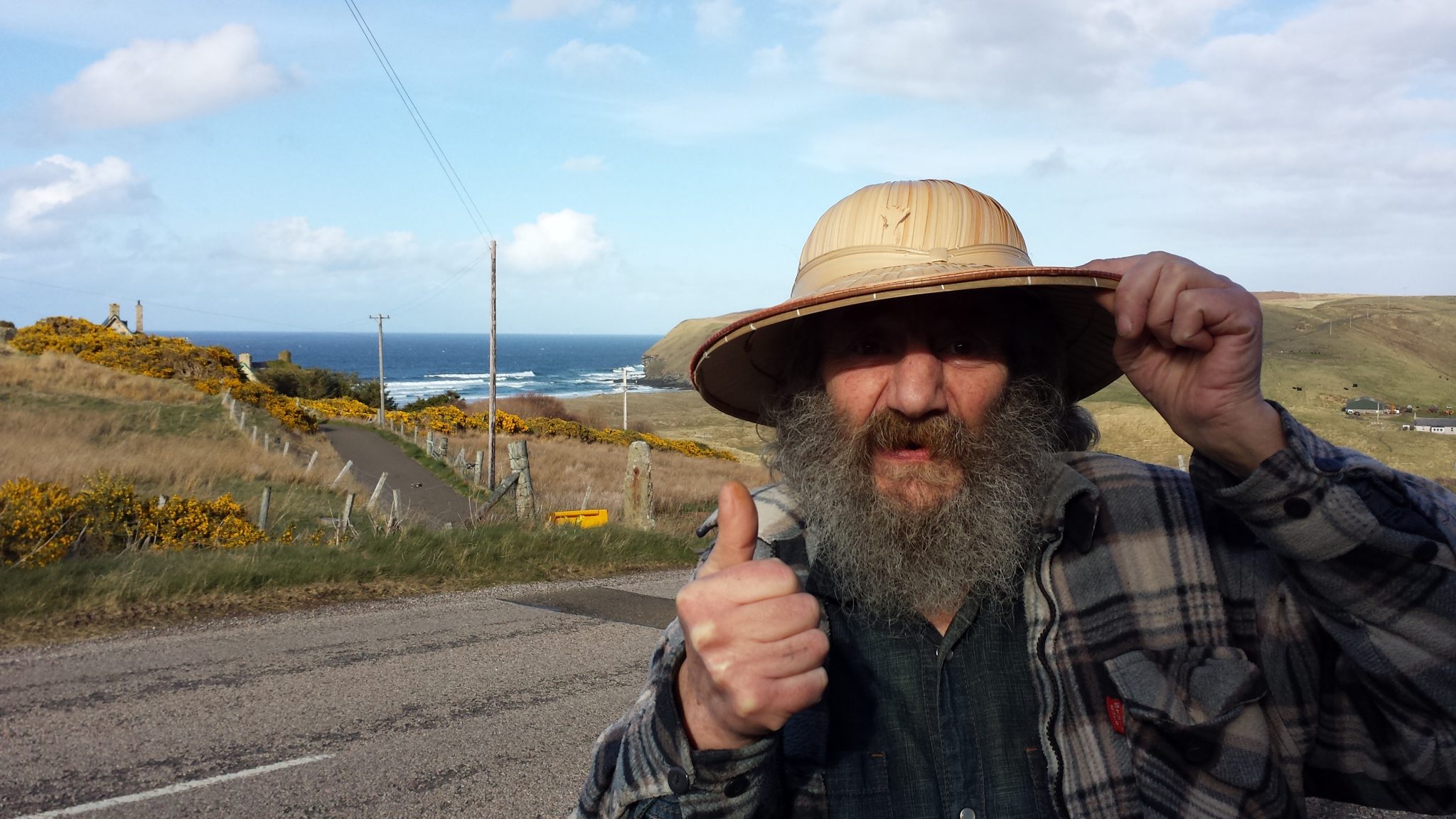 We stopped overnight in a lay-by just past Thurso. Curry for supper – thanks Dave.